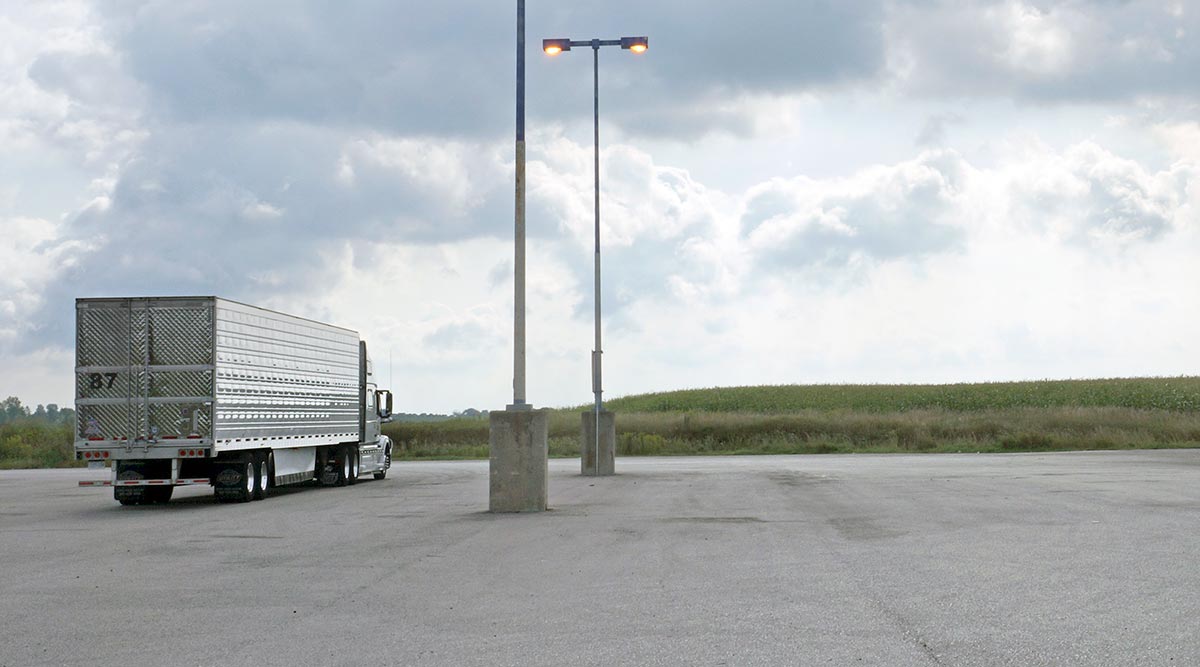 Hutchinson Kansas’s Sun Valley Trucking has so many Wilson trailers in its fleet that the national semi-trailer manufacturer recently asked the growing company to become an authorized repair center for its equipment.

“We own 150 of their trailers,” said Sun Valley president Keith Bauer. “What better person to partner with. They came out and inspected the place and granted us authorization to become a warranty and repair center for them.”

It could quickly become a major part of their business, Bauer said.

There are only two other authorized warranty centers in Kansas for the Iowa-based manufacturer, in Dodge City and Liberal.

“The clientele could be nationwide,” Bauer noted, with truckers traveling through the state needing repairs directed to Hutchinson.

“If a guy from North Carolina buys a Wilson trailer, if they’re coming through the state and have an issue they can stop here and get fixed it,” he said. “They don’t have to go to the nearest Wilson dealership. We also do emergency roadside for basically anyone.

“They will basically be our service center for central and eastern Kansas,” said John Wilkening, the Kansas sales representative for Wilson Trailer. “The next closest ones are in Oklahoma City and Grand Island, Nebraska.”

“They know our trailers very well and we were looking for somebody capable of doing service and warranty work for us,” he said. “They’re someone we have confidence in to do the job right, to get it done the right way.”

Manufacturing trailers since 1890, there are an untold number of Wilson trailers now on the road, Wilkening said.

The timing was also good for his business, Bauer said, with Sun Valley – which primarily hauls products for Cargill and Land O’Lakes, but he has about 50 customers overall – moving into a new $1.5 million facility that includes an 8-bay service area on July.

Sun Valley Trucking first started a mechanics shop to maintain its own fleet after the Kansas Truck Center closed. Then it started offering limited servicing for outside companies, in order to keep its shop employees busy.

“About 75% is now servicing our own trucks, with 25% outside repair,” Bauer estimated. “It used to be about 5%. We have also been dealing with some local banks, doing repair on repos to get them ready for resale. We’re also doing work for guys from Titus (which does shipping for Dillon’s) and Sonoco.”

Bauer estimates Wilson repairs will grow to be about 40% to 50% of its maintenance and repair business. He has added two employees in anticipation of the growth.