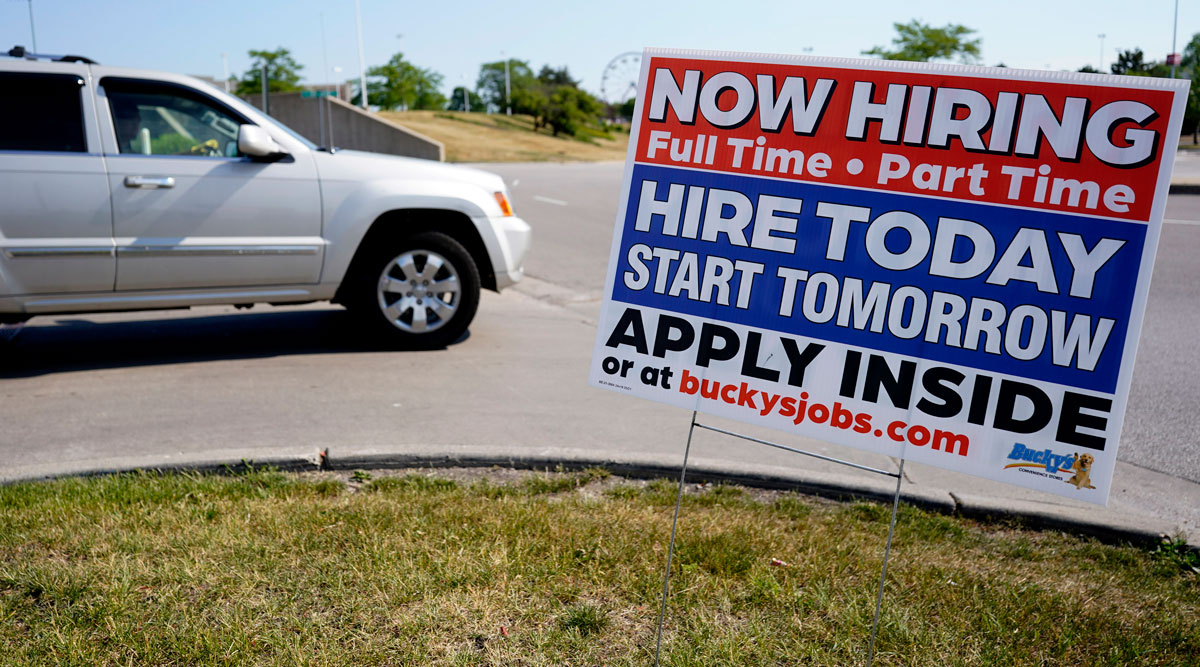 Applications for U.S. state unemployment insurance rose slightly for the first time since late April, likely a temporary blip for a labor market that’s otherwise improving as the economy reopens.

Initial claims in regular state programs increased by 37,000 to 412,000 in the week ended June 12, Labor Department data showed June 17. The median estimate in a Bloomberg survey of economists called for 360,000 applications.

The jump in claims was concentrated in three states — Pennsylvania, California and Kentucky. Even with the increase, layoffs have declined significantly in recent months as health concerns ebb and businesses ramp up hiring. Economists forecast continued improvement in the labor market through the end of the year, with an expectation that the unemployment rate will fall below 5% by the end of the fourth quarter. 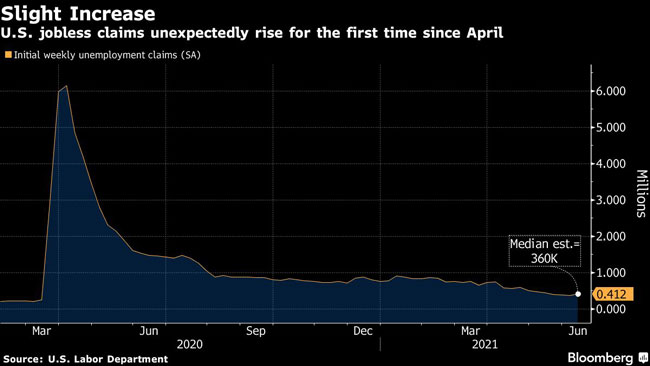 Federal Reserve officials are watching for signs that employment is “inclusive and broad-based.” At the conclusion of the Fed’s two-day policy meeting June 16, Chair Jerome Powell said the pace of improvement in the labor market has been uneven.

“Factors related to the pandemic, such as caregiving needs, ongoing fears of the virus and unemployment insurance payments appear to be weighing on employment growth,” Powell said. “These factors should wane in coming months, against a backdrop of rising vaccinations, leading to more rapid gains in employment.”

Jobless Claims Dip Below 400,000 for First Time in Pandemic