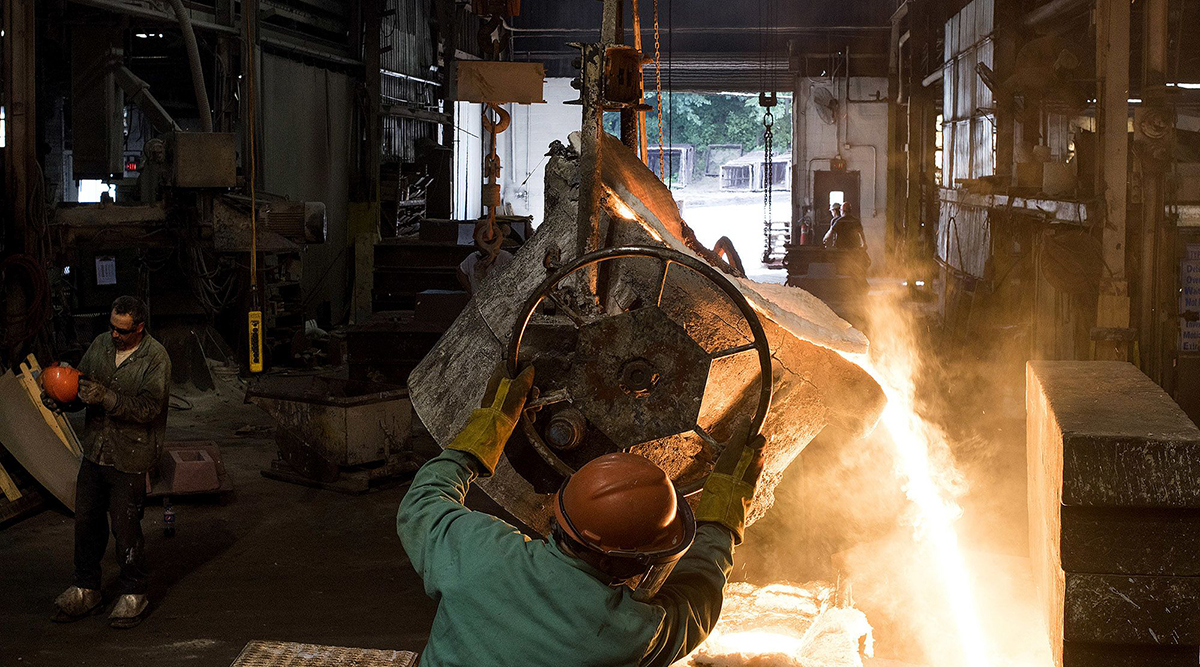 Molten steel is poured into a large mold at a castings facility in Salem, Ohio. (Ty Wright/Bloomberg News)

WASHINGTON — The number of people seeking unemployment benefits in the U.S. reached a four-month low for the week of Jan. 8-14, a sign that employers are holding on to their workers despite the Federal Reserve’s efforts to slow the economy and tamp down inflation.

The four-week moving average of claims, which can even out the week-to-week volatility, declined by 6,500 to 206,000.

Jobless claims generally serve as a proxy for layoffs, which have been relatively low since the pandemic wiped out millions of jobs in the spring of 2020.

The labor market is closely watched by the Federal Reserve, which raised interest rates seven times last year in a bid to slow job growth and bring down stubbornly high inflation. 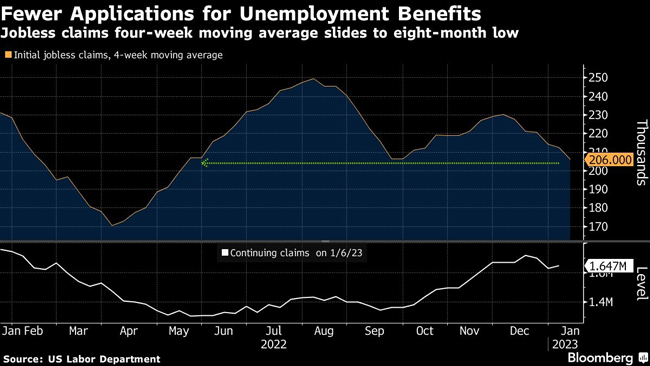 Earlier in January, the government reported that U.S. employers added a solid 223,000 jobs in December, evidence that the economy remains healthy even as the Fed is rapidly raising interest rates to try to slow economic growth and the pace of hiring. The unemployment rate fell to 3.5%, matching a 53-year low.

Even though it was a solid report, December’s jobs data suggested that the labor market may be cooling in a way that could aid the Fed’s fight against high inflation. It was the smallest gain in two years, and it extended a hiring slowdown that began last year. Average hourly pay growth eased to its slowest pace in 16 months. That slowdown could reduce pressure on employers to raise prices to offset their higher labor costs.

In forecasts updated in December, the Fed’s policymakers predicted slower growth and higher unemployment for 2023 and 2024. The unemployment rate is projected to jump to 4.6% by the end of 2023. That would mark a significant increase in joblessness and typically would reflect a recession, which many economists have predicted.

The Fed’s rate hikes last year have made it more expensive for consumers to take out mortgage and auto loans, and raised borrowing rates for credit cards.

Mortgage rates are above 6%, essentially double what they were before the Fed began tightening credit. Higher mortgage rates have put the brakes on the housing market, with sales of existing homes declining for 10 straight months.

Though the U.S. labor market remains robust, layoffs have been mounting in the technology sector, which is dealing with falling demand as inflation squeezes both businesses and families.

On Jan. 18, Microsoft announced in a regulatory filing that it is cutting 10,000 workers, almost 5% of its workforce, joining other tech companies that have scaled back their pandemic-era expansions.

Earlier in January, Amazon announced that it is laying off 18,000 workers, while the software company Salesforce, owner of Slack, said it was cutting around 8,000 jobs. Facebook parent Meta, Twitter, DoorDash and others have announced cuts in recent months as well.

About 1.65 million people were receiving jobless aid the week that ended Jan. 7, an increase of 17,000 from the week before.