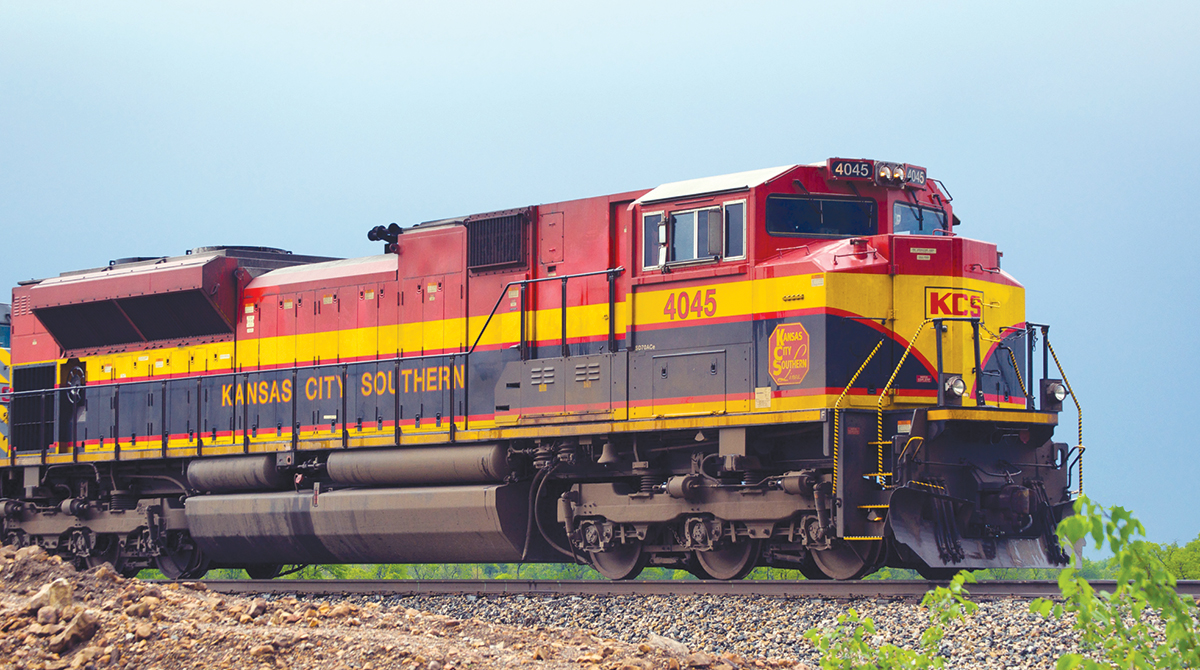 Cities along the Mississippi River and Canadian Pacific officials are talking about ways to measure and address the impact of its proposed merger with Kansas City Southern. The consolidation could triple the train traffic in the Iowa Quad-Cities.

The $31 billion merger closed in December, setting in motion what could become the first single-line rail company network linking the U.S., Mexico and Canada, pending federal review. According to the companies, the biggest traffic increases will be between Sabula, Iowa, and Kansas City, Mo., adding 14.4 trains per day, from eight to about 22 by 2027.

City officials in Davenport, Bettendorf and LeClaire, which each has riverfront amenities and public infrastructure, submitted concerns to Canadian Pacific and a federal review panel. They say increased rail traffic and lengthened trains would delay live-saving emergency vehicles from crossing the tracks, hamper access to public amenities, and significantly increase noise and safety risk for residents and businesses along the riverfront.

The merger requires review from the Surface Transportation Board, which is completing an impact study, called an Environmental Impact Statement. STB held six public comment sessions at the end of 2021 as part of that.

STB can mandate infrastructure improvements as part of a merger, but it is preferred that the company negotiates directly with impacted cities.

In Davenport, the railroad bisects the water plant, which is the only potable water source for the region and the city’s wastewater pollution and control plant, City Administrator Corri Spiegel said.

The third concern Davenport hopes to address is that increased noise and risk of a safety or environmental hazard could have a disparate impact on communities of color and families in poverty who live downtown or in the west end.

“If you look at the census tracts that surround the downtown and the west end, quite frankly, those most greatly impacted by an increase in train traffic both from a noise and a potential kind of environmental disaster — any of those things — are predominantly families who are living in poverty and where the majority of our community of color lives,” Spiegel said.

Spiegel said Davenport would need bridges that could carry heavy equipment and pedestrian bridges for foot traffic to safely cross for events such as, for example, Red White and Boom on the riverfront for the Fourth of July. Spiegel said creating a quiet zone, where crossings have certain safety measures in place such as traffic arms to block the tracks that wouldn’t require a train to blow its horn, also would improve quality of life.

Because negotiations are ongoing, Spiegel declined to specify possible improvements.

“Our position is that this is a deal that is founded on private business that is producing the impact,” Spiegel said. “So the city’s position is to mitigate the concerns in our community that the company should be providing those resources.”

LeClaire Mayor Dennis Gerard said the city, which, too, has built much of its brand around its riverfront, had met at least twice with representatives from Canadian Pacific. He said it still is early in the process, but the city would like to bring in a consultant to assess of the impact of increased trains on its riverfront businesses and residents, especially those whose homes are between the tracks and the river.

“This merger is definitely two-fold for us,” Gerard said. “It impacts our downtown specifically and does impact our residents along the river. Assessing how it might impact everybody — visitors, events, there’s a lot to consider. The key is how do you maximize the safety piece and how do you minimize the disruption.”

He pointed in particular to crossings at Wisconsin and Jones streets, which don’t have barriers.

Dave Heller, owner of the Quad Cities River Bandits, said the railroad bisected the baseball stadium and parking lot from the street. On occasion, he said, a train has stopped on the tracks, blocking fans access to or from the stadium.

He said there hadn’t been an emergency at the ballpark that would require an ambulance, police or firefighters during those stoppages, but with increased rail traffic and longer trains, a blockage becomes increasingly likely.

The railroad also sections off River Heritage Park, where river cruise boats will dock and visitors disembark to explore Davenport.

“The idea is at this point, we’re not changing our cruising schedule; we’re still planning on coming 28 times this year,” Klipsch said.

STB temporarily paused the consideration process, asking Canadian Pacific and Kansas City Southern to reconcile a discrepancy of the amount of gross-ton miles per mile of road per year carried between Kansas City, Mo., and Slater Mo.

Canadian Pacific in a statement said it “welcomes and expects a comprehensive regulatory and environmental review” and would submit the required information by the deadline, which was March 21.

As part of the environmental impact analysis of the merger, STB will study and evaluate: