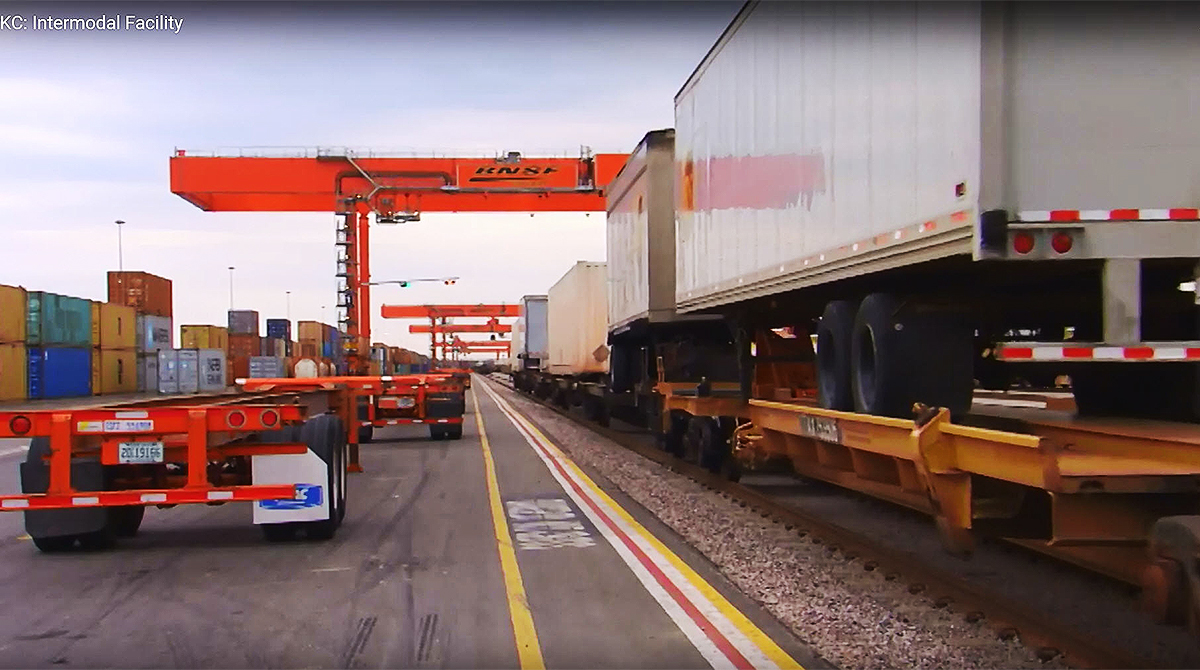 Intermodal business continued to climb out of the hole dug in 2016, recording the strongest gain in nearly three years, according to a quarterly report from the Intermodal Association of North America.

IANA predicts that volumes will rise between 2.5% to 3.5% in 2017, wiping away last year’s decline and returning to par with 2015 business. Despite the gain in current intermodal volumes they remain 4.2% lower than the same period two years ago.

“International business got off to a really strong start and domestic did not, although we saw positive signs in the second quarter on the domestic side,” said Larry Gross, an intermodal expert at FTR. “We’re digging out of a trough and I’m a little concerned about how slow the domestic side is growing. We’re out on a limb in our forecast about how conditions will tighten due to ELDs.”

Shelli Austin, president of InTek Freight & Logistics, said that she’s seen a general movement of some freight in 2017 to intermodal to hedge against the mandate.

“People are buying back into the capacity play of intermodal whereas there was a lot of straight rate decisions in 2016 with truckload rates being depressed,” Austin said. “A lot of shippers are hedging their bets against ELDs making everything much tighter, realizing that this is the time to buy intermodal capacity early enough so that they don’t get caught behind.”

About 80% of intermodal business for the company is domestic and 20% international — although it includes cargo entering a port and transloaded into larger 53-foot domestic containers and placed on a train.

“The second quarter was great for us. We’ve seen nearly a 40% growth in volume. The third quarter, we’ve already seen the effect of what looks like a strong peak shipping season,” she said.

Roar Logistics President Robert Rich said his intermodal volumes grew 15% year-over-year in the second quarter as he attempts to sell customers on railroads to transport food and construction materials within the triangle of Chicago, Memphis, Tenn., and New England.

Roar, based in Buffalo, N.Y., ranks No. 61 on the freight brokerage list.

“If you’re moving goods from Chicago to western New York, we can move it on rail. It doesn’t take that much longer — if at all — and the prices are competitive. So if we convert freight from truck to rail, we free up trucks to handle loads in the difficult lanes. We create over-the-road capacity at a time when the industry is talking about a capacity crunch,” Rich said.

Despite a red-hot spot market with heavy demand for trucks, contract rates have not followed the trend, according to industry data.

Generally spot market rates are a leading indicator of the contract market because shippers react by leaning on existing relationships to secure capacity. When contract truck prices go up, shippers tend to shift to intermodal to save money while sacrificing speed.

Regionally, Trans-Canada traffic saw the greatest jump with an 11% increase in volume year-over-year. Midwest-Southwest intermodal traffic grew 4.6% in the quarter, covering the lane between the ports in Southern California and Chicago. Traffic also improved 3.2% on the Northeast-Midwest lane, including trips between ports in New York and New Jersey, Baltimore, Virginia and Chicago.