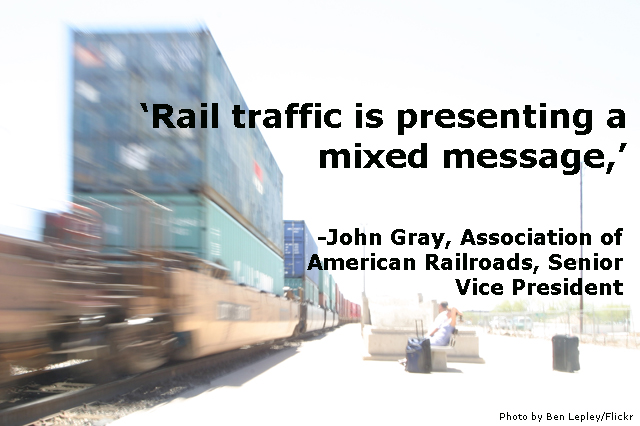 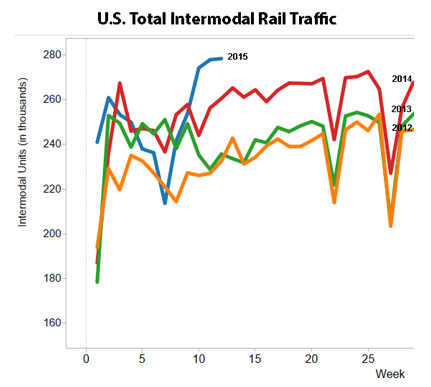 Intermodal rail traffic rose to a weekly average of 550,291 units in March, the highest weekly average for the month since 2007, the Association of American Railroads reported.

“Rail intermodal traffic rebounded well in March, but many carload commodities did not. Coal is facing a number of headwinds. There are risks going forward, to be sure, but for now we see no reason to think that the economy won’t continue its recent pattern of relatively modest growth,” Gray said.

Eight of the 20 commodity groups AAR tracks increased over last year, led by grain at 10.9%.

For the first three months of the year, intermodal traffic increased 0.1% to 3 million units and carload traffic rose 0.3% to 3.4 million.