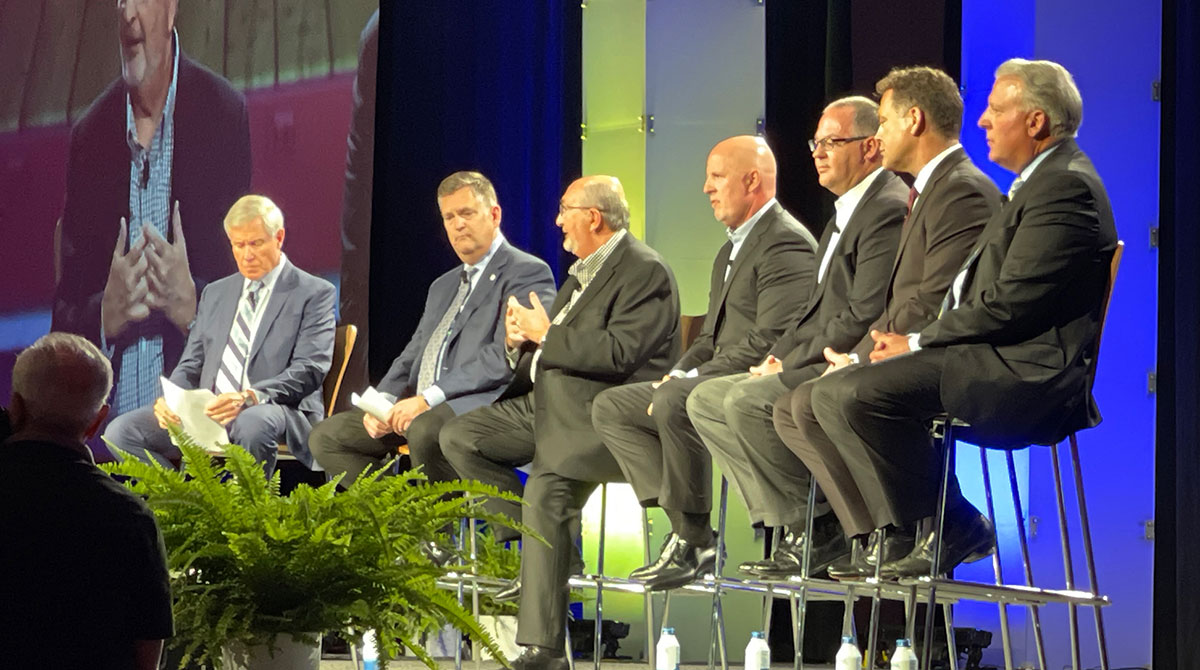 LONG BEACH, Calif. — Unprecedented volumes of intermodal freight are starting to lighten as well as the long turn times and equipment backlogs that created chassis shortages throughout the past year, which can delay freight movement and disrupt truckers, carriers and the entire business model of the customer.

The tightness is easing, but it will take time to recover fully, according to panelists who addressed the Intermodal Association of North America’s Intermodal Expo. They spoke Sept. 14 during a session called Intermodal Chassis Provisioning — Where Are We Now and What Is Next

“The last couple of years have been a game of catch-up,” said Douglas Hoehn, president of chassis and containers at Milestone Equipment Holdings. “We are at a turning point and starting to get enough supply.”

Dave Manning, CEO of the North American Chassis Pool Cooperative, said customers are asking for 1,000 or even 2,000 chassis.

“We think it will take longer than a few months for us to dig out of the demand that exists,” he said. “We think demand is going to continue to be high for us and that it is going to be late [20]23 before we catch up with the backlog.”

Daniel Walsh, CEO of TRAC Intermodal, said it has been a tumultuous two years, but product is starting to move. “We’re still dealing with inventory that is dislocated, but that will flow through,” Walsh said.

The dwell time that everyone experienced should ease in the next three to six months. “I think we’ll see some better conditions in the near future,” said Mike Wilson, CEO of Consolidated Chassis Management.

Dwell time, which doubled and even tripled, added to shortages, Walsh said.

“People are taking our units and hanging onto them longer than they have in the past,” he said.

Mike O’Malley, senior vice president of government and public relations and human resources for Direct ChassisLink Inc., said customers were forced to make the “least worst” decision for their operations, either returning the chassis or incurring fees.

“Ironically, we’re in the position to say, ‘Please give us the asset back and stop paying us for it,’ ” he said.

Equipment shortages have kept operators from getting as much as they’d like. Hoehn said in 2021, he received 30% fewer chassis than he ordered. In 2022 he’ll get 36% fewer than he ordered.

“We’ve been in a position of over-ordering to try to get what we need,” he said, adding he has also started working with multiple providers instead of just one and is sourcing from several countries. “We’d like to build and source every chassis out of North America, but that isn’t possible.

Four years ago, FlexiVan moved away from a single-supplier model, which CEO Ronald Widdows said was fortunate. “We’ll add 12,000 chassis this year, 14,000 next year,” he said.

Manning estimates typical annual chassis demand to be around 40,000, and three-fourths of that came from China.

“That was shut off with the China tariff situation,” Manning said. “There are a lot of manufacturers getting started in the chassis manufacturing business. I know starting and getting to where you want to be are two different things,” he said. 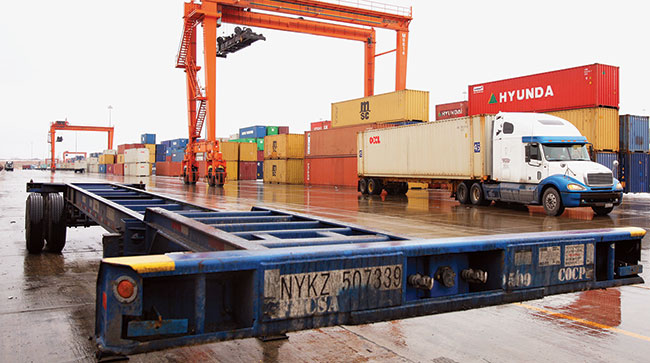 A chassis at an intermodal facility in Illinois. (Tim Boyle/Bloomberg News)

Maintenance labor has also been constrained, putting additional pressure on the industry. “Most of our chassis are 2016 or newer. On the other side, where it is trailer leasing or containers, we’re under the gun constantly to get things repaired,” Hoehn said. “To get enough capacity, we’ve had to go out and bring in vendors from other areas to get things repaired. There is a shortage of mechanics out there.”

Panelists said there are opportunities for telematics in the industry.

At the end of the year, FlexiVan will have 50,000 chassis equipped with a sensor. “We synthesize half a billion chassis event data points that can then be articulated in a way that is meaningful to the customer,” Widdows said.

Every chassis NACPC puts into service has telematics, but Manning said unless users can find a way to manage the data, it doesn’t help at all. Plus, Hoehn said 80% of the people who ask for telematics on a chassis don’t know what they want to do with it.

TRAC Intermodal is focusing on technology to improve predictive analytics and asset utilization. “We believe that you have to invest in technology with an eye to the future,” Walsh said.