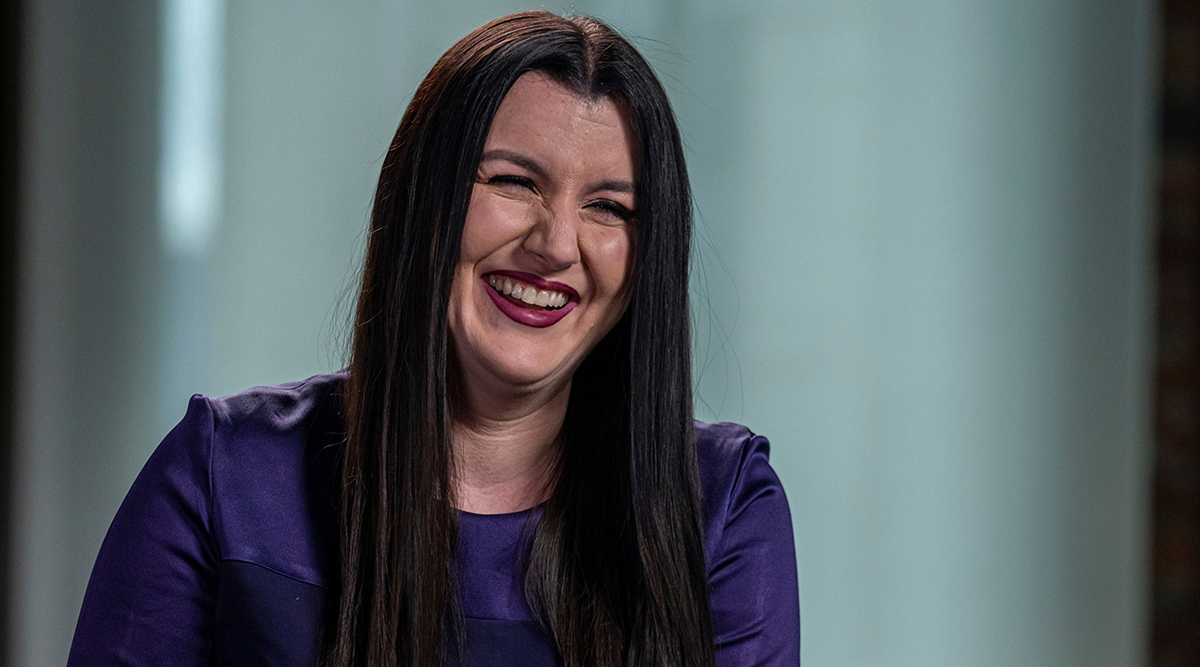 Instacart Inc., a 10-year-old grocery delivery startup that was once one of the most highly valued of its gig-economy generation, is preparing to go public, potentially plunging itself into the volatile stock market as it sets to prove itself in a post-pandemic world.

The company has confidentially filed documents with the Securities and Exchange Commission to start the process for a stock market listing, according to a statement May 11, confirming an earlier Bloomberg report. The registration is expected to become effective after the SEC completes its review process.

CEO Fidji Simo now must convince investors that Instacart’s explosive growth during the COVID-19 lockdowns won’t fade along with the virus. Simo, 36, will be challenged not to squander the loyalty of millions of people who came to rely on the app during the long months of restrictions but now have opportunities to wander the fresh produce aisles again. 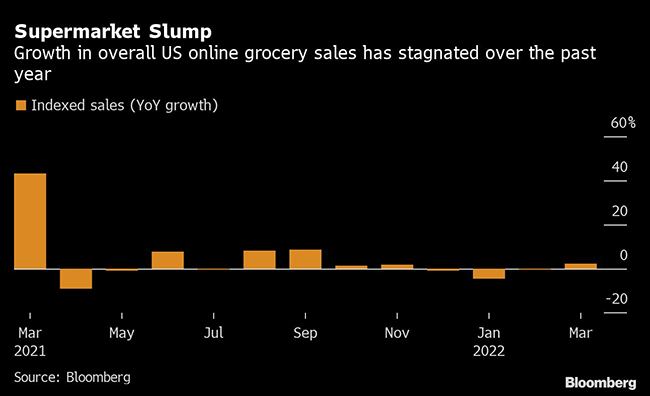 The pandemic caused order volumes to surge in early 2020 and helped Instacart to dominate grocery delivery in the U.S. But that success also spawned upstarts that have chipped away at Instacart’s market share and its grocery store partners have begun to question if their former white knight has become a Trojan horse intent on ruling online grocery sales and controlling voluminous amounts of consumer data. Since last year, as restaurants reopened and vaccine rates rose, orders have started to slip and Instacart slashed its private market valuation by almost 40% in March.

Instacart’s public debut also could come at a turbulent time in the stock market. Only two IPOs of more than $500 million have priced this year in the U.S. and the performance of newly public companies generally has been disappointing. ​​ Seeing the company through a successful IPO would be the next step in an ambitious plan Simo has laid for Instacart since the former top Facebook executive was named CEO last July.

Michael Moritz, a partner at venture capital firm Sequoia Capital Ltd. and longtime Instacart investor and board member, likened Simo’s challenge to that of Satya Nadella’s, who took over Microsoft Corp. after former CEO Steve Ballmer left in 2014. “I see a lot of parallels,” Moritz said. “Satya took Microsoft back to its roots as a deep technology company that’s focused on the enterprise customer.”

Simo’s plan for Instacart focuses more on grocery technology than grocery delivery. She has reconfigured the company’s business model to prioritize enterprise offerings and, in turn, has multiplied Instacart’s portfolio of products that it can sell to grocers: analytics software, fulfillment services, 15-minute delivery and advertising platforms.

She’s betting that outfitting brick-and-mortar supermarkets like Kroger Co. and Wegmans with e-commerce tech, coupled with Instacart’s existing footprint online, will position the company to grow, whether people are perusing the app at home or hand-picking avocados in the store. 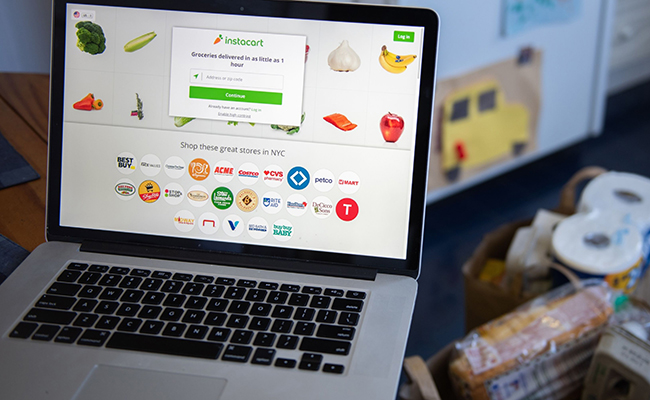 “When we first started, we didn’t realize how important local stores were to people,” said Max Mullen, who co-founded the company in 2012 along with Apoorva Mehta and Brandon Leonardo. “Going to the grocery store is an emotionally connected experience and we’re tapping into that now.”

Grocers first flocked to Instacart en masse when Amazon bought Whole Foods in 2017, a deal many thought spelled the beginning of the end for brick-and-mortar grocery stores. After the pandemic forced supermarkets’ customers online, it tilted the scales further in Instacart’s favor, making its marketplace appear less like a partnership of equals and more of a marriage of convenience, at best.

When the company clinched a $39 billion valuation in March 2021, Instacart appeared to have the online grocery market cornered and its leadership cemented.

But expanding operations at breakneck speed had its own consequences. Retailers grew wary of Instacart siphoning away customers and much-needed advertising dollars; dissent from delivery workers, known as “shoppers,” was intensifying; and competition from Uber Technologies Inc., DoorDash Inc. and Amazon fueled doubts about how long its grip on online grocery would last. Online grocery delivery sales in the U.S. have flatlined and Instacart’s 48% share of the market is roughly back to where it was pre-pandemic after peaking at 70% during lockdowns, YipitData shows. Last summer, Mehta, who was still CEO at the time, approached DoorDash and Uber about a sale. But no deal was ever agreed on and Mehta was soon out and Simo was in.

The promise that catapulted the company to its glory days was predicated on a global pandemic and government-mandated quarantines. “Instacart was used to depending on a silver bullet to get to the next phase of growth,” Simo said.

The prospect of people returning to regular life — in offices, restaurants and generally out of the house — loomed over other pandemic beneficiaries like Peloton Interactive Inc., Netflix Inc. and Zoom Video Communications Inc. for good reason. Their share prices, some of which tripled in 2020, have since tanked amid deep cost cuts, drop-offs in growth and investors recoiling at dismal sales that were once propped up by couch-confined customers.

To avoid a similar fate, Simo plans to make Instacart “more than a one-trick pony.” Her chances for success hinge on reviving the pledge Instacart made to grocers years before the pandemic had them question the startup’s allegiance: Instacart can help arm them in the fight against Amazon. To prove it, she’s putting hundreds of millions of dollars behind that pledge — from hiring more than a dozen senior people in product and engineering, to pulling the trigger on Instacart’s largest acquisition ever of self-checkout smart-cart, Caper AI.

Winning over grocers isn’t a given, however. “It’s inviting the fox into the henhouse all over again,” said David Bishop, a partner with Brick Meets Click, a grocery consultancy. “Retailers aren’t convinced these products are really for them, but rather for Instacart to show off to their investors.”

The key to Instacart’s future growth will be harnessing its trove of consumer data to build an advertising powerhouse and other analytics products for grocers, according to Chief Financial Officer Nick Giovanni, who was a Goldman Sachs Group Inc. banker and advised other gig-economy hot shots like Airbnb Inc. and DoorDash before joining Instacart in 2021. “We know this is not a zero-sum game. Our strategy is to grow the pie.”