Initial Jobless Claims Edge Up but Hold Near Pandemic Low 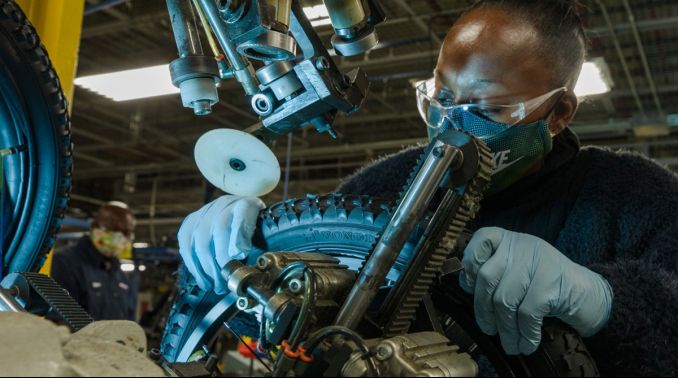 An employee inspects a tire at a bicycle production facility in Manning, S.C. (Micah Green/Bloomberg News)

Applications for U.S. state unemployment insurance edged up last week, though remained near a pandemic low, as the labor market grinds its way toward a full recovery.

Initial claims in regular state programs increased by 2,000 to 373,000 in the week ended July 3, Labor Department data showed July 8. The median estimate in a Bloomberg survey of economists called for 350,000 new applications.

Even with the latest increase, new weekly filings for jobless benefits have more than halved since the beginning of the year as health concerns abate and pent-up demand fuels hiring at businesses like hotels and restaurants. 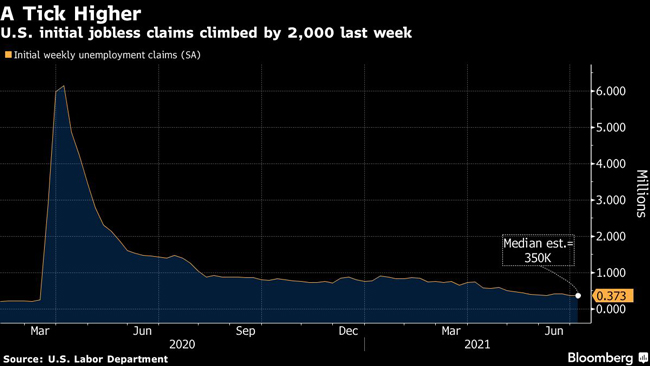 Economists expect further labor market improvement in the second part of this year, with the unemployment rate forecast to fall below 5% in the fourth quarter.

More than half of U.S. states are ending enhanced federal unemployment benefit programs amid an ongoing debate about whether they are hampering hiring efforts.

Continuing claims for ongoing state benefits fell to a pandemic low of 3.34 million in the week ended June 26. That could reflect more Americans taking jobs and falling off benefit rolls now that the $300 weekly supplement has ended in many states.

States including Oklahoma, Nebraska and Indiana — which have ended Pandemic Unemployment Assistance for self-employed workers — saw no initial claims in that program last week.

Meanwhile, initial claims in Texas and Nebraska picked up last week, which could reflect attempts to transition to regular state programs now that PUA has been phased out in those states.

“There is a chance that some people may file initial claims to redetermine their eligibility if they lose benefits from one of the expiring programs, but we think that in most cases these people would not be eligible for benefits,” JPMorgan Chase & Co. economists said in a recent note.

Pennsylvania and New York reported the largest increases in initial claims last week, while claims in Oklahoma and Maryland fell.

The latest jobs report showed payrolls increased 850,000 in June, the largest advance in 10 months, suggesting firms were having greater success a month later in recruiting workers to fill open positions. Still, vacancies stood at a record high in May, pointing to a mismatch between labor supply and demand.