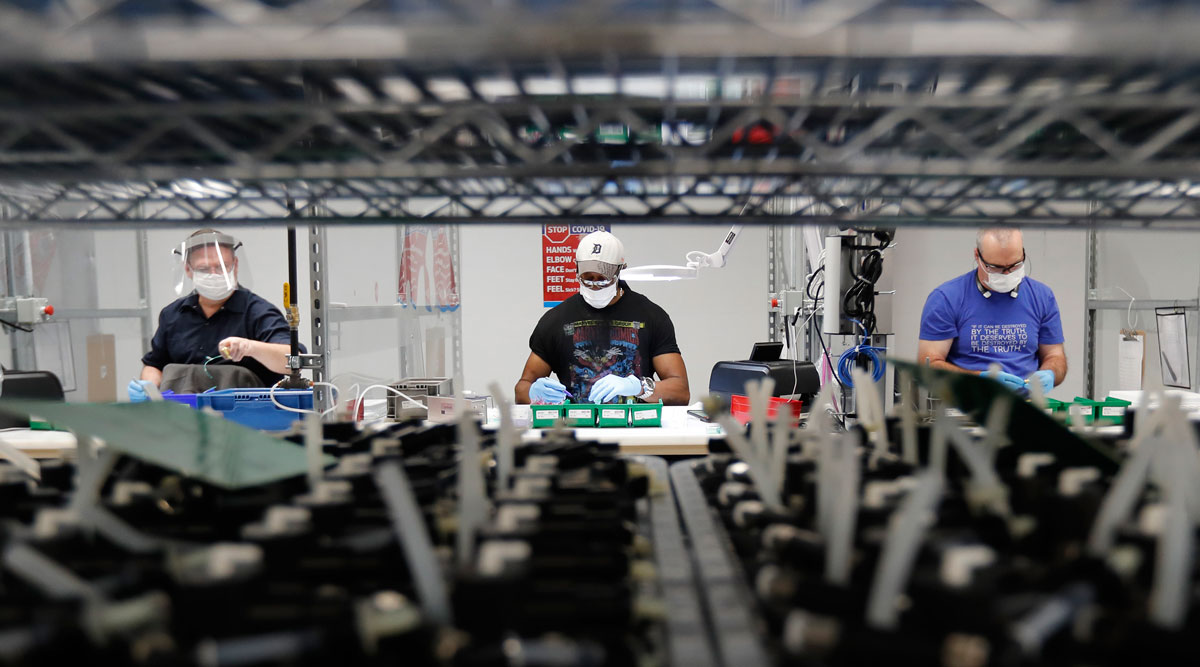 WASHINGTON — U.S. industrial production slowed to a modest increase of 0.4% in August, far weaker than the strong bounceback recorded in previous months when factories were coming back to life.

The slight uptick followed gains of 3.5% in July and 6.1% in June, when the industrial sector knocked down by the pandemic began to rebound.

For August, manufacturing rose 1% but mining, which includes oil and gas exploration, fell 2.5%, the Federal Reserve reported Sept. 15. Production at the nation’s utilities was off 0.4%.

It’s the fourth consecutive monthly increase after COVID-19 sent production plunging in March and April. But even with the gains over the summer, industrial production remains 7.3% below where it was in February, right before economic activity seized up in the pandemic.

Manufacturing last month was clipped by a decline in output at auto factories, though there were broad-based increases in industries that make other types of durable goods.

Declines in the mining sector reflected sharp but temporary drops in oil and gas drilling when Tropical Storm Marco and Hurricane Laura forced energy companies to shutter operations in and around the Gulf of Mexico.