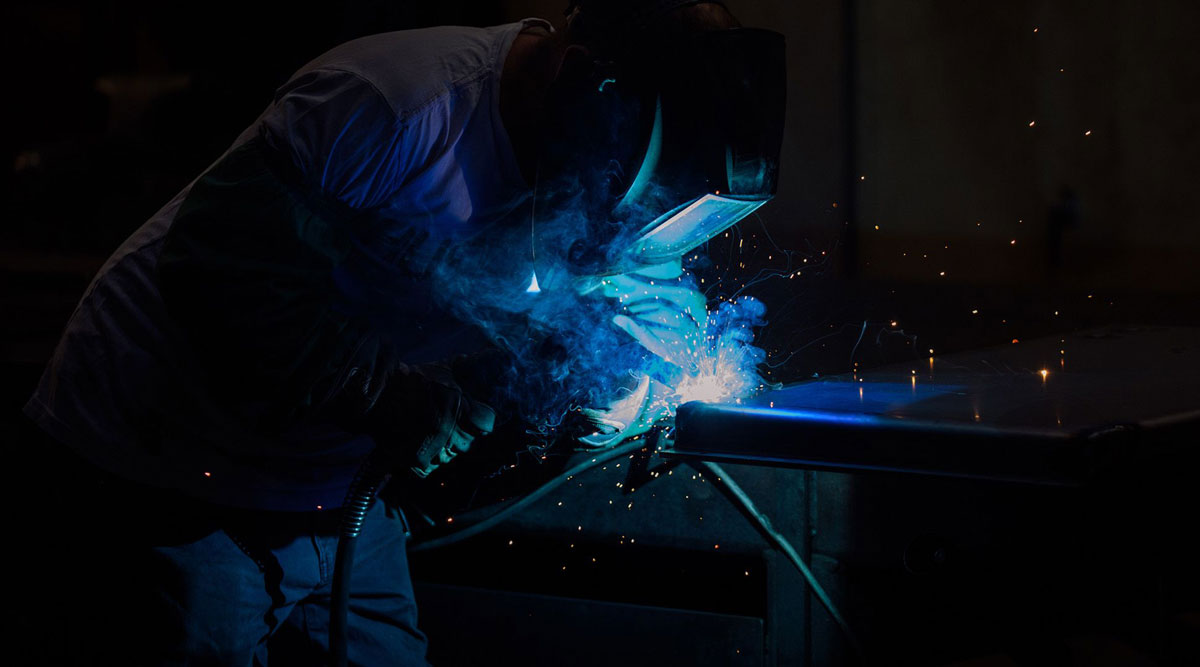 A worker welds parts for a ballot drop box inside a manufacturing facility in Puyallup, Wash. (Chona Kasinger/Bloomberg News)

U.S. manufacturing expanded in August at the fastest pace since late 2018, powered by growth in new orders that are a bright spot in an otherwise struggling economy.

A gauge of factory activity increased to 56 during the month from 54.2 in July, Institute for Supply Management data showed Sept. 1. Readings above 50 indicate expansion, and the figure surpassed nearly every estimate in a Bloomberg survey of economists and the median projection of 54.8.

The purchasing managers group’s measure of orders, which jumped more than 6 points, reached the highest point since the start of 2004. The increase in bookings, along with declining inventories, should continue to underpin production. The ISM’s gauge of output improved to a more than two-year high, though factory employment remained weak. 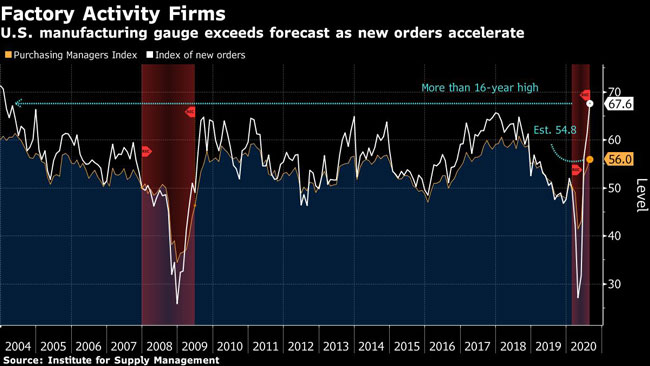 Improved factory activity, along with strength in housing and auto sales, suggest the fledgling recovery is beginning to broaden. The gradual reopening of businesses and steady improvement in consumer demand that left inventories depleted are boosting manufacturing, helping support the economic rebound amid elevated unemployment and layoffs across industries.

“The index was stronger than July but we’re still recovering from the historically low levels of the pandemic,” Timothy Fiore, chairman of the ISM Business Survey Committee, said on a call with reporters. At the same time, Fiore said he expects the recent strength to continue in September, traditionally a good month for factories.

Stocks maintained gains, the yield on the 10-year Treasury note was little changed and the dollar rose.

Fifteen of the 18 manufacturing industries tracked by the ISM, the most since March 2019, reported growth in August, led by wood products, plastics and rubber, food and textiles.

The pickup in U.S. manufacturing output is slightly faster than Europe’s, according to separate data from IHS Markit. At the same time, an acceleration in new orders contrasts with a slight slowdown in that gauge for the euro area, highlighting uneven global growth.

In addition, the U.S. gains aren’t enough yet to bring back manufacturing jobs: The ISM’s employment index, while rising to a six-month high in August, continued to show factories are cutting staff.

The ISM report doesn’t detail the actual levels of improvement in manufacturing since the survey of purchasing managers asks whether activity is increasing, decreasing or stagnant. So the figures are subject to big swings during turning points in the economy such as now.

The ISM’s index of factory inventories fell to 44.4 in August, the lowest since January 2014, indicating stockpiles were declining at a faster pace. Customer inventories contracted at the quickest rate since June 2010, the report showed.

“The recovery in production is badly lagging the stronger turnaround in spending, with the result that inventories are now looking very lean,” Andrew Hunter, senior U.S. economist at Capital Economics Ltd., said in a note. “That points to further gains in production in the months ahead.”

The overall manufacturing gauge was also boosted by a slowdown in delivery times, which indicates supply bottlenecks. The ISM’s measure of export orders also rose to the highest level since the start of the year.

US Manufacturing Gauge Expands at Fastest Pace Since 2018

US Manufacturing Gauge Expands at Fastest Pace Since 2018