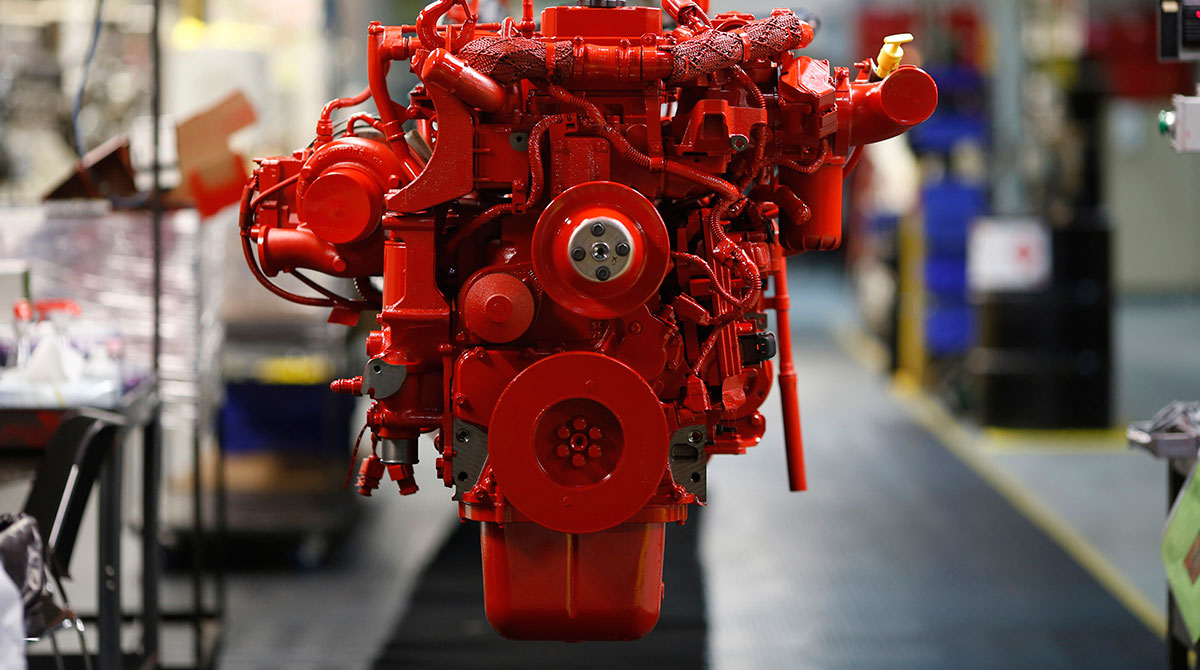 The inaugural North American Commercial Vehicle Show is due to open later this month in Atlanta and is shaping up to be very different from the rival Mid-America Trucking Show: smaller but richer — and with an obsessive focus on equipment sales.

The 365,000 square feet of Hall B of the Georgia World Congress Center will be the home of the NACV Show from Sept. 25 to Sept. 28. A show organizer said 400 exhibitors rented all of that space and that attendance by 10,000 visitors would be “a really great success” for the event, which is planned for odd-numbered years.

In contrast, venerable MATS attracted 81,768 visitors and 1,064 exhibitors in 2015, one of its most successful productions. Mid-America, an annual event, has long filled up all 1.2 million square feet of Louisville’s Kentucky Exposition Center.

While MATS has been likened to a family reunion for trucking, bringing in manufacturing and carrier executives, drivers and country music stars, NACV will be a business-to-business event aimed at sales.

“We will be focused on fleet and manufacturing executives who will discuss purchases and spec’ing of trucks. Deals getting done, that’s the end goal,” said Joe Glionna, president of the Toronto-based NewCom Group of Cos., which owns and operates NACV as a joint venture with German firm Deutsche Messe.

He said that executives will be brought in by exhibitors, too. “We need a robust invitation program,” with truck and trailer makers and Tier 1 suppliers inviting not just their top 20 customers, but all of their major buyers.

Mid-America complements its trade show with entertainment and seminars from insurance companies, government regulators, law enforcement and consultants. NACV has but one major ancillary event by the Heavy Duty Manufacturers Association.

Persio Lisboa, chief operating officer of Navistar International Corp., will give an address on Sept. 27. Prior to that HDMA has recruited four industry executives for 15-minute briefings on one of four topics: advanced driver-assistance systems, fuel and freight efficiency, electric powertrains for trucks and other advanced technologies.

Glionna said no other events were planned. “That’s by design. We want people to come for the show itself.” 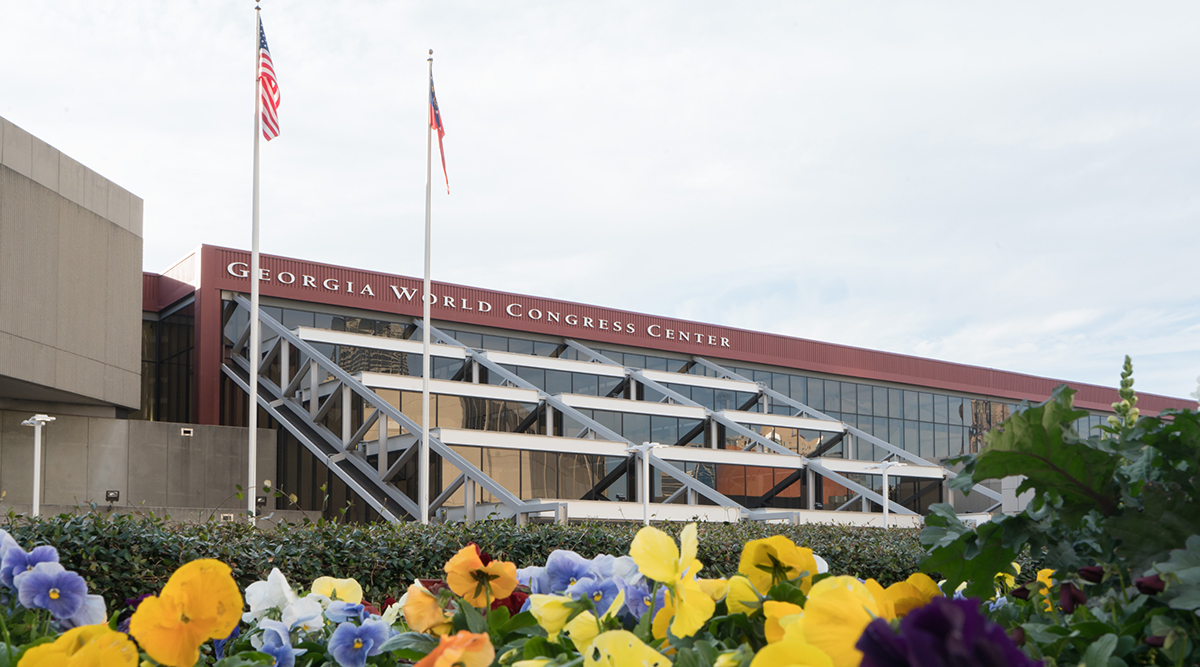 A view from the East Plaza. (Gene Phillips for the Georgia World Congress Center Authority)

Daimler Trucks North America will display its Freightliner, Western Star and Fuso trucks, plus vans, school buses and Detroit brand engines and transmissions and axles, the company said in a Sept. 1 statement.

Volvo Group’s Mack Trucks and Volvo Trucks will also exhibit, as will Navistar. The two Paccar Inc. manufacturers, Kenworth Trucks and Peterbilt Motors, will not display, but a group of their dealers will.

For Tier 1 supplier Wabco Holdings, NACV is chance to meet with truck and trailer makers, their primary customers and the fleet owner executives who are the end users.

“We’re optional, people don’t have to buy us,” said Jon Morrison, Wabco’s president for the Americas. “What we need to do is educate customers — it’s quite important — and show them with demonstrations. They need to understand our value proposition.”

Morrison said Wabco will display both as an independent supplier and as half of the Meritor Wabco joint venture with Meritor Inc.

The original equipment manufacturers were a major force in shifting to an every-other-year show from the annual MATS in spring.

Morrison also said he like a big fall event. “This is the time of year when fleets are developing their order plans” for buying trucks next year.

Meritor Inc. will display brakes and driveline components. CEO Jay Craig will be on hand to give the HDMA briefing on electric powertrains.

Chris Villavarayan, president of Meritor’s Americas truck group, said the software behind the hardware has become just as important and that aftermarket offerings will also be a major part of the display.

“Many OEMs depend on the research and development made possible by the focused and dedicated expertise of Tier 1 suppliers to drive the industry successfully and competitively into the future with real-world solutions for fleets,” said Steve Slesinski, director of product planning for manufacturer Dana Inc. “It results in product solutions that will be adopted by OEMs.”

Cummins Inc. and Eaton Corp. will present individually and with their joint venture. Cummins spokesman Mario Sanchez said the company wants to expand its identity beyond its flagship diesel engines to include other work such as the Aeos, its recently unveiled concept truck with an electric powertrain.

Eaton spokesman Jim Michels said his company will show its traditional transmissions and clutches but also complement them with possibilities on electric powertrains. The corporation also has a major segment that makes electrical systems and Eaton is trying to bring more of that knowledge into trucking, the company’s executives have said.

2022 Will Feel Familiar for Equipment Sector