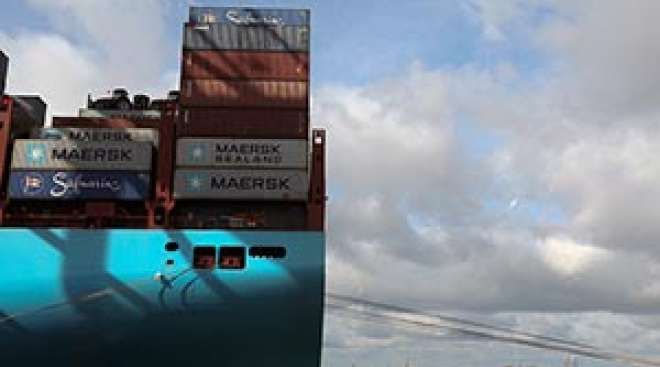 The emergence of protectionist forces could undermine a modest brightening of the global growth outlook and is putting severe strain on the post-World War II economic order, the International Monetary Fund said.

IMF raised its forecast for global growth to 3.5% this year, up 0.1 percentage point from January, the Washington-based fund said in the latest update to its World Economic Outlook. Expansion will pick up to 3.6% in 2018, unchanged from the projection three months ago. The upgrade offers a glimmer of optimism following a trend in recent years of the fund downgrading its growth forecasts.

The pickup is being fueled by “buoyant” financial markets and a long-awaited cyclical recovery in manufacturing and trade, IMF said. Still, global growth remains subdued compared with past decades, and the risk of “trade warfare” is still hanging over the world economy, IMF chief economist Maurice Obstfeld said.

“The global economy seems to be gaining momentum — we could be at a turning point,” Obstfeld said in a foreword to the outlook. However, “the post-World War II system of international economic relations is under severe strain despite the aggregate benefits it has delivered — and precisely because growth and the resulting economic adjustments have too often entailed unequal rewards,” he added.

The sunnier outlook will hearten finance ministers and central bankers from  IMF’s 189 member countries as they meet this week in Washington for the fund’s annual spring meetings. In an interview last week with Bloomberg Television, Christine Lagarde said “We see spring in the air of the global economy.”

It will be the first spring meetings in Washington since the inauguration of U.S. President Donald Trump, who has promised to take an “America First” approach to foreign policy. After Trump declined last week to follow through on his campaign promise to brand China a currency manipulator, policymakers will be watching closely to see if his administration is backing down from its most hawkish trade threats, or merely picking its battles.

IMF left its U.S. forecast unchanged for this year and next, at 2.3% and 2.5% respectively, after raising its projections in January on Trump’s plan to cut taxes and boost infrastructure spending.

The fund sees the U.K. economy expanding by 2% this year, up from a projection of 1.5% seen in January, before slowing to 1.5% in 2018. The British economy has performed stronger-than-expected since the 2016 Brexit referendum, indicating “a more gradual materialization than previously anticipated of the negative effects” from the decision.

IMF bumped up its estimate for Japanese growth to 1.2% this year, an increase of 0.4 percentage point from three months ago. Japan’s growth is being driven by a jump in net exports that’s expected to continue in 2017, IMF said.

In the euro area, a mild boost from fiscal policy, easy financial conditions and a weaker currency are boosting growth, which is expected at 1.7% in 2017, up 0.1 percentage point from January, according to the fund.

The fund left unchanged its overall projections for growth in emerging markets and developing economies. Conditions for resource exporters are gradually expected to improve, supported by recovering prices for oil and other commodities, IMF said.

Nevertheless, the fund downgraded its outlook for the Middle East and sub-Saharan Africa, two regions heavily dependent on natural resources.

IMF was conceived during World War II to oversee the global monetary system and promote open markets after countries resolved to avoid the beggar-thy-neighbor policies that followed the Great Depression.

But Trump and other nationalist politicians have expressed doubt about the existing system and multilateral institutions such as the IMF. National Front leader Marine Le Pen, who wants to pull France out of the euro, is polling strongly ahead of this month’s presidential election, though she’s an underdog to win a runoff vote next month.

“A distinct set of threats comes from the growth in advanced economies of domestic political movements skeptical of international economic integration — no matter if integration is promoted through multilateral rules-based systems for the governance of trade, more ambitious regional arrangements such as the euro area and European Union, or globally agreed standards for financial regulation,” Obstfeld said in prepared remarks scheduled to be delivered April 18 in Washington.