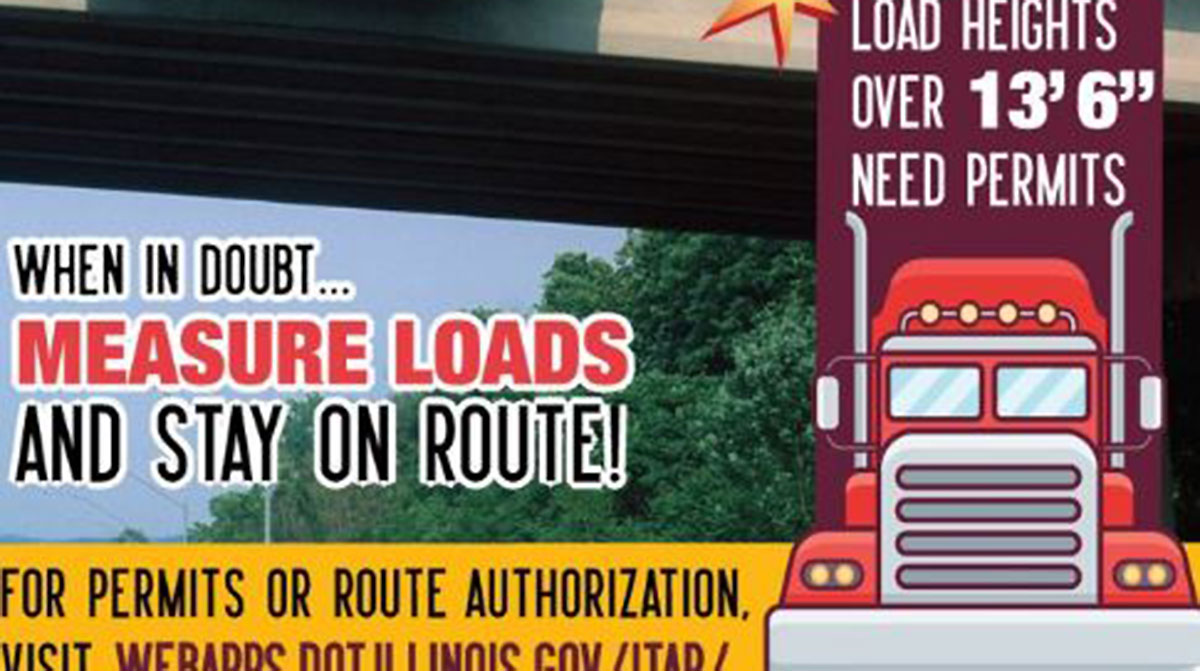 Bridge strikes occur when truckers traverse under a span that is too low to accommodate the height of their vehicles.

One initiative, called “audible turn-by-turn navigation,” would enable IDOT to electronically share authorized route details through a cloud-based app that is compatible with mobile devices. Currently, drivers tend to read information on mobile phones or printed documents for route details. IDOT’s system would allow drivers to hear route instructions without having to glance away from the road.

HIT THE ROAD, NOT A BRIDGE! The average bridge strike costs $400K to fix? They also can cause backups, detours and all sorts of safety issues. Truckers, please measure freight sizes, get your permits and stay on the correct route. For permit info, visit https://t.co/wGjsIOgIYd. pic.twitter.com/SpoQDKI5EF

The second initiative under development is the HawkScan oversize vehicle measurement system, which is stationed at the westbound Maryville weigh station on Interstate 70 and uses cameras and sensors to measure freight loads as trucks approach the scale. Measurements from the cameras and sensors are then used to verify permit details. The HawkScan system is designed to measure and classify vehicles during normal traffic flow.

“If all is accurate on the permit with the information gathered, the driver will be allowed to continue on without stopping,” IDOT Permit Unit Chief Geno Koehler said. “Both projects are very exciting, and many people in the [oversize and overweight] industry are looking forward to their success.”

The audible turn-by-turn technology is almost ready for the spotlight. According to Koehler, the GIS data providers adjusted some formatting issues and will update IDOT’s team soon. At that point, IDOT will continue to test the system and, if it’s successful, will allow a few haulers to try it out and compare the technology with written directions. If no further issues are detected, the agency would implement the system later this year. 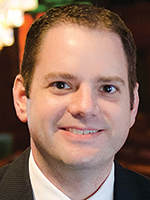 Illinois Trucking Association Executive Director Matt Hart said a lot of agricultural equipment moves through Illinois, and sometimes drivers don’t know they are traveling on a route that contains a low-clearance bridge. Farm-related hauling is important to the state. According to IDOT’s Illinois State Freight Plan, top export commodities include cereal grains and animal feed.

According to the agency, IDOT’s District 5 has experienced nine bridge hits over the past 19 months. These strikes ranged between $25,000 and $3 million in repair costs. Located in east-central Illinois, District 5 encompasses the Champaign-Urbana metropolitan area.

Financial ramifications can impact the trucking industry as well. One problem Hart identified is towing companies charging hefty bills for trucks that get stuck under low-clearance bridges. Hart said he’s seen bills charging nearly $100,000 for one job. He noted this problem is particularly common in the Chicagoland area, which has older infrastructure.

“It’s pretty disheartening when you have a truck that hits one of these bridges and they’re already upset enough, but then you have tow companies that are taking advantage of that situation and are strapping these trucking companies with tens of thousands of dollars in towing fees just to get the vehicle out of that low-clearance bridge,” Hart told Transport Topics. “They know that out-of-state trucks are likely to hit those bridges because they’re not familiar with the area. After safety, this also becomes an economic issue.”

Preventative steps recommended by IDOT include measuring freight loads, remaining on authorized routes and securing necessary permits. Hart recommend that drivers of permitted loads make sure they stick to the routes IDOT gives them.

“The safety of the traveling public is the top priority at IDOT,” said IDOT Engineer of Bridges and Structures Carl Puzey. “Reducing accidents, including bridge strikes, is extremely important. Bridge strikes are costly in terms of response, repair of the bridges and disruption of traffic during and after the incident. Reducing bridge strikes improves safety for the traveling public and helps to preserve our valuable infrastructure.”