Hyliion said it has $455 million of cash and marketable investments, which it described as sufficient to commercialize the Hypertruck ERX system and fund other development activities. (Hyliion via Twitter)

Hyliion Holdings Corp., which went public in 2020, reported a higher net loss on modest revenue in the third quarter. But the electrified powertrain provider ended the quarter with over $455 million of cash and marketable investments, which it described as sufficient to commercialize its Hypertruck ERX system and fund other development activities.

Revenue was $499,000 compared with none in the 2021 period, largely from sales of its hybrid electric axle. 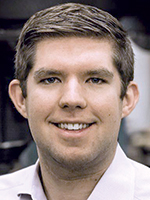 The Austin, Texas-based company reported it has about a $1.3 million backlog for its hybrid product.

“We reached multiple milestones in the third quarter, including the start of controlled fleet trials for the Hypertruck ERX and our acquisition from GE Additive of the Karno generator technology, a revolutionary hydrogen and fuel-agnostic generator that will be central to our long-term product road map,” Thomas Healy, Hyliion’s founder and CEO, said in a release.

“Additionally,” he said, “trucks with the Hypertruck ERX system are now fully eligible under the Inflation Reduction Act, which became law in August, for a 30% tax credit of up to $40,000. Incentives like this can reduce up-front costs for customers and enable an easier transition to electrification technology.”

Healy said the company has filled its Founders Program with fleets that will get the initial 200 production slots starting in late 2023, with deliveries by Q1 of 2024.

Thank you for submitting your questions for our Q3’22 Earnings Q&A.

The Founders Program also comes with a white-glove service and maintenance program centered out of the Hyliion launch facility in Dallas, which also is expected to offer on-site renewable natural gas fueling capability. The company reported it also is working on a nationwide service plan with partners that will be authorized to work on the Hypertruck ERX powertrain.

Initially, powertrains will be installed at the Austin facility and at modification centers near truck makers’ factories. As sales volumes increase, Hyliion’s strategy is to be a powertrain company selling solutions directly to truck makers that will integrate them into their production lines.

Initial pricing, inclusive of the Inflation Reduction Act tax credit, for a truck with a Hypertruck ERX system is expected to be in the high three hundred thousands. The company described that price as less expensive than battery- and fuel cell-electric trucks and providing a total cost of ownership comparable with a diesel when considering the truck purchase price and cost of fuel.

Also in the quarter, the company reported it successfully completed summer testing of the Hypertruck ERX system using four design-verification vehicles at different weight loads at Davis Dam in Arizona, which featured some of the most challenging road conditions in the United States, including a 6% grade that stretches about 11 miles.

Hyliion noted it remains on schedule to start winter testing by the end of this year. This marks the fourth consecutive quarter the company said that it met the commercialization goals initially laid out on its third-quarter 2021 earnings call.

Meanwhile, the company reported it continued to install and deliver its hybrid powertrain in the face of persistent shortages and extended lead times for commercial trucks.

Also in Q3, the company reported its acquisition of the Karno generator and its associated IP from GE Additive, part of General Electric. GE received $15 million in cash and about $16.1 million, or 5.5 million shares, in Hyliion stock.

Hyliion forecast full-year 2022 revenue of about $2 million — compared with its nine-month total of $1.1 million — from hybrid powertrain sales and the sale of full trucks with hybrid systems.