Penske Automotive Group Inc. estimated hurricane-related losses, expenses and business interruption (net of expected insurance proceeds) will reduce earnings per share by 4 cents to 5 cents for the three months ended Sept. 30, according to the company. 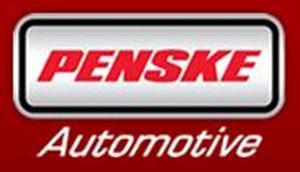 The effects were felt in its operations in Florida, Georgia, Texas and Puerto Rico from Hurricanes Irma, Harvey and Maria. Penske operates 19 dealerships and three collision centers in the affected areas that represented about 9% of its consolidated revenue for the six months ended June 30, according to the Bloomfield Hills, Mich.-based company.

“The well-being of our associates and their families, some of which have suffered significant hardship, is our first priority. We are directly assisting those employees who suffered storm-related damages and have paid employees who were unable to work because of these hurricanes. The efforts of our employees in preparing our dealerships for the storms in the affected areas prevented significant losses and I thank them for their outstanding efforts,” Penske Automotive Group Chairman Roger Penske said in a statement.

The company is an international transportation services company that operates automotive and commercial truck dealerships principally in the United States, Canada and Western Europe, among other services and operations.

Penske Logistics ranks No. 21 on the Transport Topics Top 100 list of the largest for-hire carriers in North America.