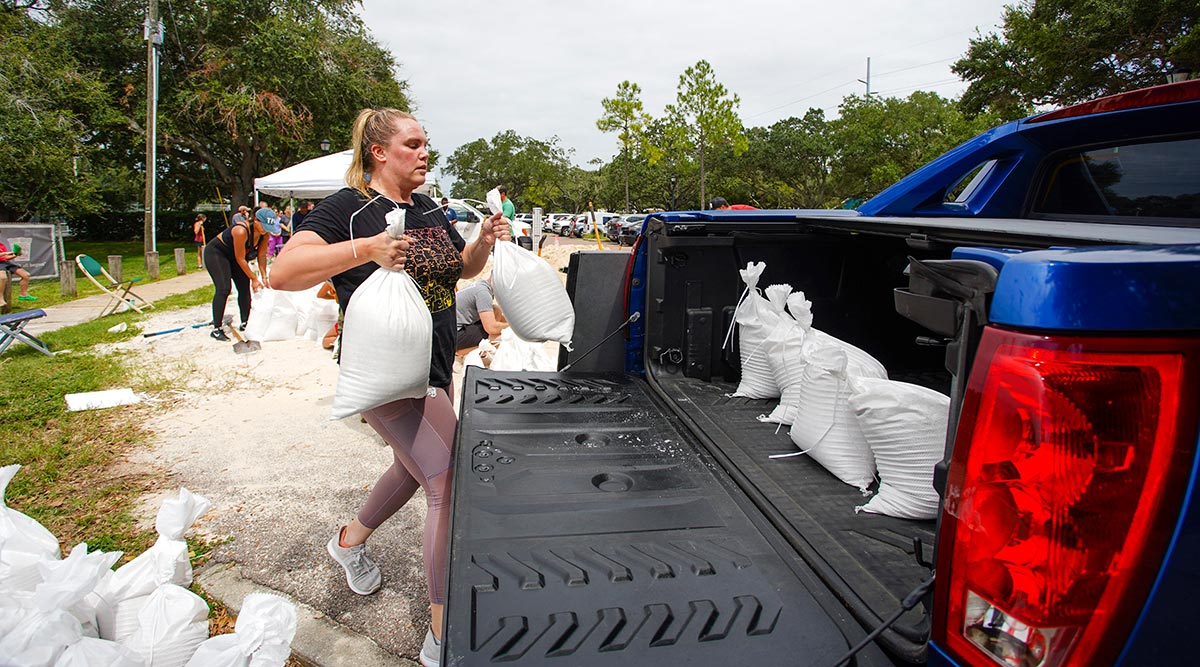 Hurricane Ian was growing stronger as it approached the western tip of Cuba on a track to hit the west coast of Florida as a major hurricane as early as Sept. 28.

Ian was forecast to hit the western tip of Cuba as a major hurricane and then become an even stronger Category 4 with top winds of 140 mph over warm Gulf of Mexico waters before striking Florida.

As of Sept. 26, Tampa and St. Petersburg appeared to be the among the most likely targets for their first direct hit by a major hurricane since 1921.

Gov. Ron DeSantis declared a statewide emergency and warned that Ian could lash large areas of the state, knocking out power and interrupting fuel supplies as it swirls northward off the state’s Gulf coast. 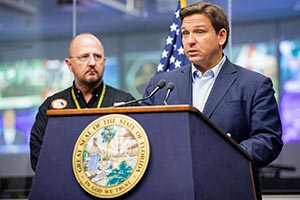 DeSantis has waived hours-of-service rules for trucks that provide emergency services or supplies, or transport emergency equipment, supplies or personnel. He said the state has suspended tolls around the Tampa Bay area and has mobilized 5,000 Florida state national guard troops, with another 2,000 on standby in neighboring states.

The trucking emergency waivers are more comprehensive than they have been in the past, and we thank the Governor and state agencies for this. But @FloridaTrucking companies are reporting they will not use Hours of Service waivers. Lawsuit abuse in FL creates too much of a risk. — Alix Miller (@alixpmiller) September 25, 2022

“Please treat this storm seriously. It’s the real deal. This is not a drill,” Hillsborough County Emergency Management Director Timothy Dudley said at a news conference on storm preparations in Tampa.

The hurricane center predicted areas of Cuba’s western coast could see as much as 14 feet of storm surge late Sept. 26 or early Sept. 27.

On the morning of Sept. 26, Ian was moving northwest at 13 mph, about 240 miles southeast of the western tip of Cuba, with top sustained winds increasing to 80 mph.

I-75 north is bumper to bumper as people begin to evacuate the west coast of #Florida #HurricaneIan pic.twitter.com/uR0jYNOIe9 — @t_sies (@T_Sies) September 26, 2022

The center of the hurricane was passing to the west of the Cayman Islands, where Premier Wayne Panton said the government and its opposition were working together to keep people as safe as possible. “We must prepare for the worst and absolutely pray and hope for the best,” Panton said in a video posted Sept. 25.

Ian won’t linger over Cuba, but will slow down over the Gulf of Mexico, growing wider and stronger, “which will have the potential to produce significant wind and storm surge impacts along the west coast of Florida,” the hurricane center said.

#Ian is now a Category 2 hurricane with max sustained winds at 100 mph.

It is still on track to rapidly intensify into a Category 4 storm in the Gulf by tomorrow night. We're LIVE reviewing the latest advisory. pic.twitter.com/J0lUHHV6Cg — The Weather Channel (@weatherchannel) September 26, 2022

A surge of up to 10 feet of ocean water and 10 inches of rain was predicted across the Tampa Bay area, with as much as 15 inches in isolated areas. That’s enough water to inundate coastal communities.

As many as 300,000 people may be evacuated from low-lying areas in Hillsborough County alone, county administrator Bonnie Wise said. Some of those evacuations were beginning Sept. 26 in the most vulnerable areas, with schools and other locations opening as shelters.

“We must do everything we can to protect our residents. Time is of the essence,” Wise said. 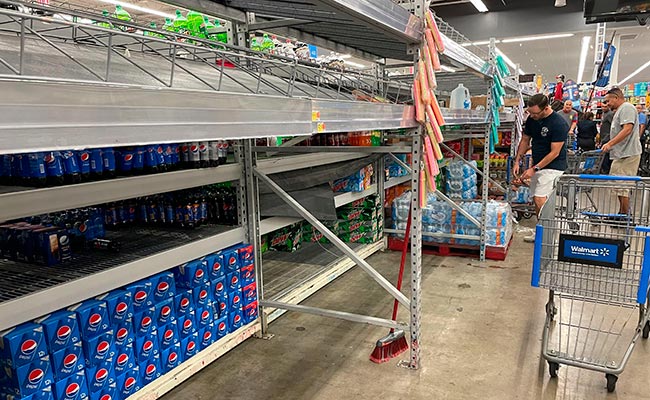 Shoppers go for what was left of the water on the shelves of a Tampa Walmart. (Matt Cohen/Tampa Bay Times via Associated Press)

Floridians lined up for hours in Tampa to collect bags of sand and cleared store shelves of bottled water. Across the peninsula in Titusville, generators, gas cans, chainsaws and weather radios were in demand, Ace hardware store owner Bill Pastermack said.

President Joe Biden also declared an emergency, authorizing the Department of Homeland Security and the Federal Emergency Management Agency to coordinate disaster relief and provide assistance to protect lives and property. The president postponed a scheduled Sept. 27 trip to Florida because of the storm.

Flash and urban flooding was predicted for much of the Florida peninsula, and then heavy rainfall was possible for the southeast United States later this week. With tropical storm force winds extending 115 miles from Ian’s center, watches covered the Florida Keys to Lake Okeechobee.

Bob Gualtieri, sheriff of Pinellas County, which includes St. Petersburg, said in a briefing that while no one will be forced to leave, “mandatory” evacuation orders are expected to begin Sept. 27.

“What it means is, we’re not going to come help you. If you don’t do it, you’re on your own,” Gualtieri said.

Zones to be evacuated include all along Tampa Bay and the rivers that feed it. St. Petersburg Mayor Ken Welch urged residents not to ignore any evacuation orders.

“This is a very real threat that this storm poses to our community,” Welch said.