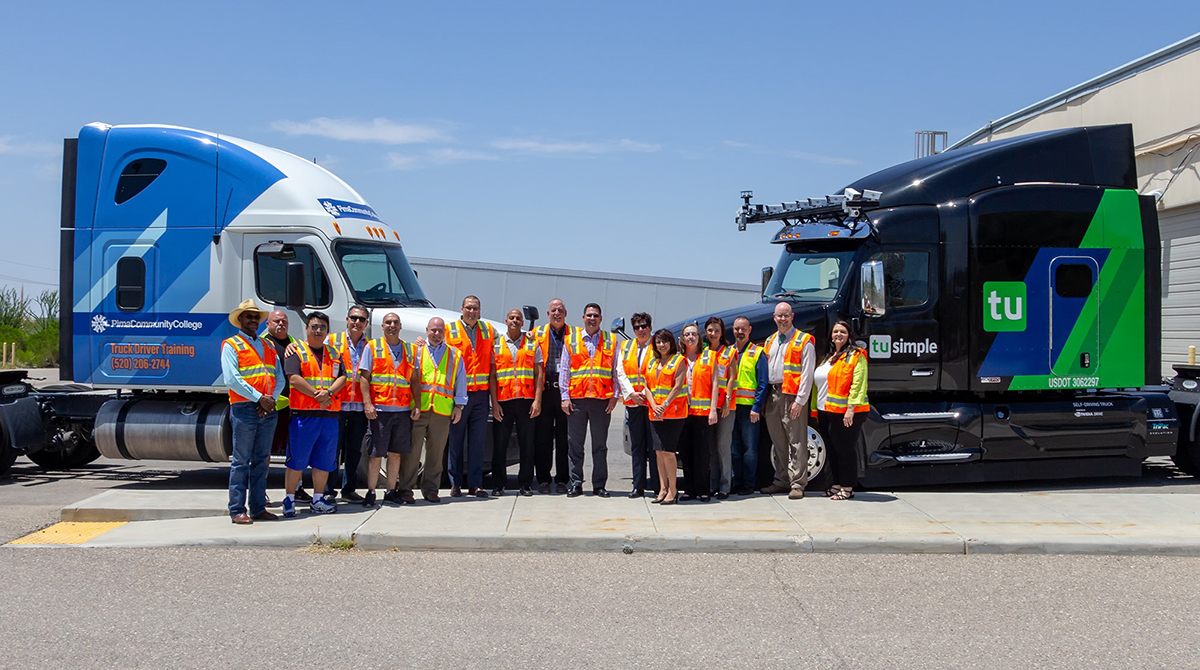 A pair of leading developers of autonomous truck technologies, TuSimple and Starsky Robotics, are looking for human drivers to help advance their businesses.

“It’s clear that the future of truck transportation will offer new employment opportunities for today’s drivers, but it will require a set of new skills,” said Lee Lambert, chancellor of Pima Community College. “This certificate program ensures our students will build competencies in multiple areas, from logistics and information technology to automated industrial technology. These areas are being transformed by autonomy and drivers will need training in order to interact with autonomous trucks.”

Graduates of the certificate program will be offered jobs at TuSimple’s testing and development center in Tucson, company officials said.

In May, the Federal Motor Carrier Safety Administration began soliciting comment on possible changes in the way drivers are trained and to consider whether the agency should require additional training beyond the commercial driver license to manage automated driving systems.

Don Lefeve, president of the Commercial Vehicle Training Association, a national trade group representing truck driving training schools, said the association supports the idea of adding an endorsement to the current CDL training regimen and said the certificate program developed by TuSimple and Pima Community College “is a great first step” in responding to advances in autonomous truck technology.

Still uncertain, however, is whether there will be some kind of standardized test for autonomous driving or whether the training will be tied to specific technology firms and truck manufacturers.

Starsky Robotics is a San Francisco-based company, for example, that is developing self-driving trucks that can be operated remotely. 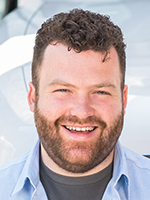 And to further its business, Starsky founder and CEO Stefan Seltz-Axmacher said he wants to hire more experienced truck drivers to operate a traditional trucking company as a way to gain experience and knowledge that can be used to facilitate the transition to autonomous driving systems.

“We’ve built a 36-truck regular trucking company to serve as a beachhead for our autonomous trucks,” Seltz-Axmacher said in a company blog posted on June 10. “What’s more, we’ve been able to prove that trucking, an industry many assume to be completely adverse to the slightest change in technology, is more than comfortable with the idea of unmanned self-driving trucks hauling their freight every day.”

Seltz-Axmacher said he bought his first truck in fall 2016 and modified it to be self-driving, but soon faced numerous problems maintaining the vehicle and finding enough drivers to properly test the technology.

“We’ve had drivers quit because they can’t use our electronic log to track their driving hours,” Seltz-Axmacher explained. “We’ve had drivers make a wrong turn and have had a low-hanging branch rip a hole in the side of a trailer. Last year, we even had a new driver take an off-ramp in Florida too fast and roll the truck onto its side.”

Starsky has since begun using freight brokers to find loads and is beginning to expand its trucking business with new hires.

“The only way we can scale our operations on the autonomous side is by continuing to scale our regular trucking operations six months in advance,” Seltz-Axmacher said. “By early 2020, we aim to have 25 autonomous trucks, which we think is possible only if we have 100 regular trucks.”

Seltz-Axmacher said the company is partnering with Schneider Logistics to find loads and Penske Truck Leasing and Transport Enterprise Leasing to get access to new equipment. 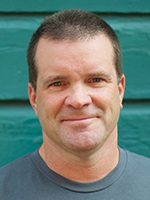 He also announced the hiring of Paul Schlegel as director of trucking operations at Starsky Robotics. Schlegel joins the company after spending 32 years in the transportation industry where he has worked at Schneider National, Stevens Transport and Roadrunner Transportation Systems.

“Paul was able to quickly jump into the weeds and fix our unit economics to make it possible for us to earn a profit from our trucking operations,” Seltz-Axmacher said. “His first priority has been to develop a trucking business that enabled autonomous trucks, but still worked well in their absence.”