How FedEx Is Coping With Hurricane Harvey's Impact 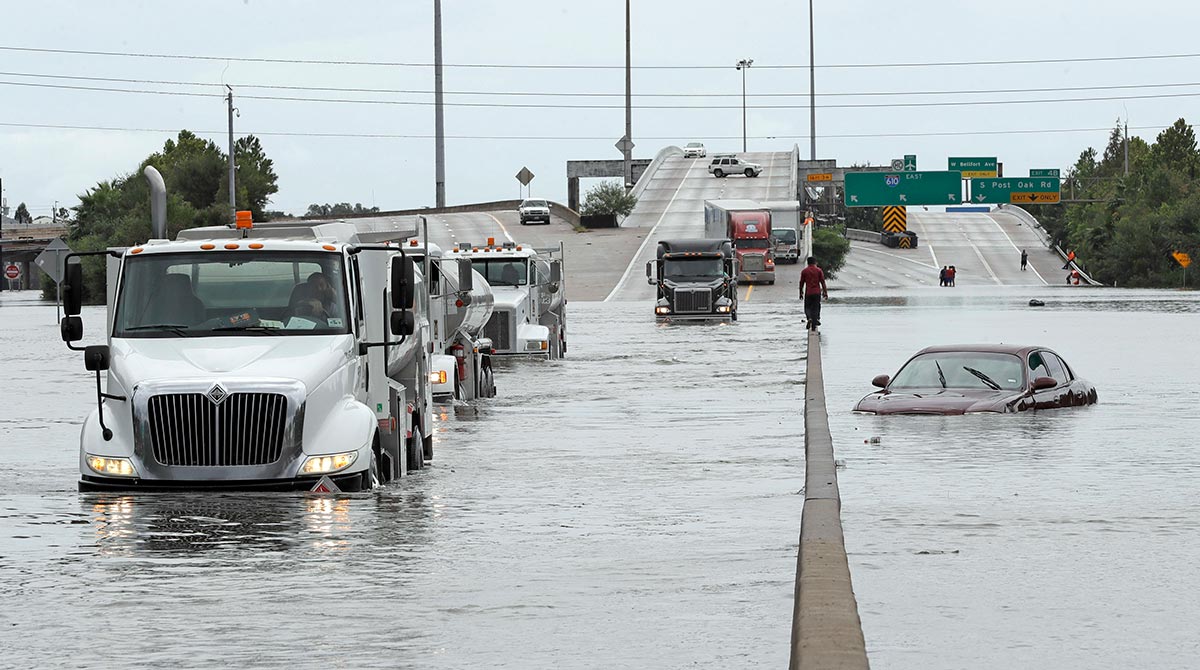 FedEx temporarily suspended some services in Houston and other areas devastated by Hurricane Harvey.

The shipping giant was among Memphis-based logistics companies who were dealing Aug. 28 with flooded roads and infrastructure and the storm’s impact on employees.

FedEx ranks No. 2 on the Transport Topics Top 100 list of the largest carriers in North America.

FedEx said some service delays and disruptions were anticipated because of the storm, which closed George Bush Intercontinental Airport, grounding FedEx Express flights linking Houston to Memphis, Dallas and Fort Worth.

FedEx Ground temporarily suspended service over the weekend to more than 500 Texas communities including Houston, plus another 39 in Louisiana. On Monday, FedEx Ground was offering partial service, dependent on local conditions, in southeast Texas.

“Our priority is always the safety of our team members and providing service to our customers. FedEx has implemented contingency plans to lessen the effect of Hurricane Harvey on operations and mitigate potential service delays,” spokesman Chris Allen said.

“We are also supporting organizations such as Direct Relief, American Red Cross, and Heart to Heart, which are providing necessary supplies to those impacted by the storm,” Allen added.

Memphis companies Dunavant Logistics and IMC Companies, which have Houston operations associated with the city’s major ports, were also affected.

Dunavant was running limited operations east of Houston but was shut down within the city, chief operating officer Richard McDuffie said.

“We have been fortunate so far from a facility standpoint, but some of our associates have been less fortunate and have flooding in their homes,” McDuffie said.

“First and foremost we’re going to make sure our associates are well cared for and we’re going to offer as much assistance to them as possible,” McDuffie continued.

“We have a few trucks moving today out east of the city but nothing moving in and out of the port or inside the city at all,” McDuffie said. “We’re just trying to make sure we maintain the safety of our employees.”

Dunavant has hundreds of employees in the Houston area, McDuffie said.