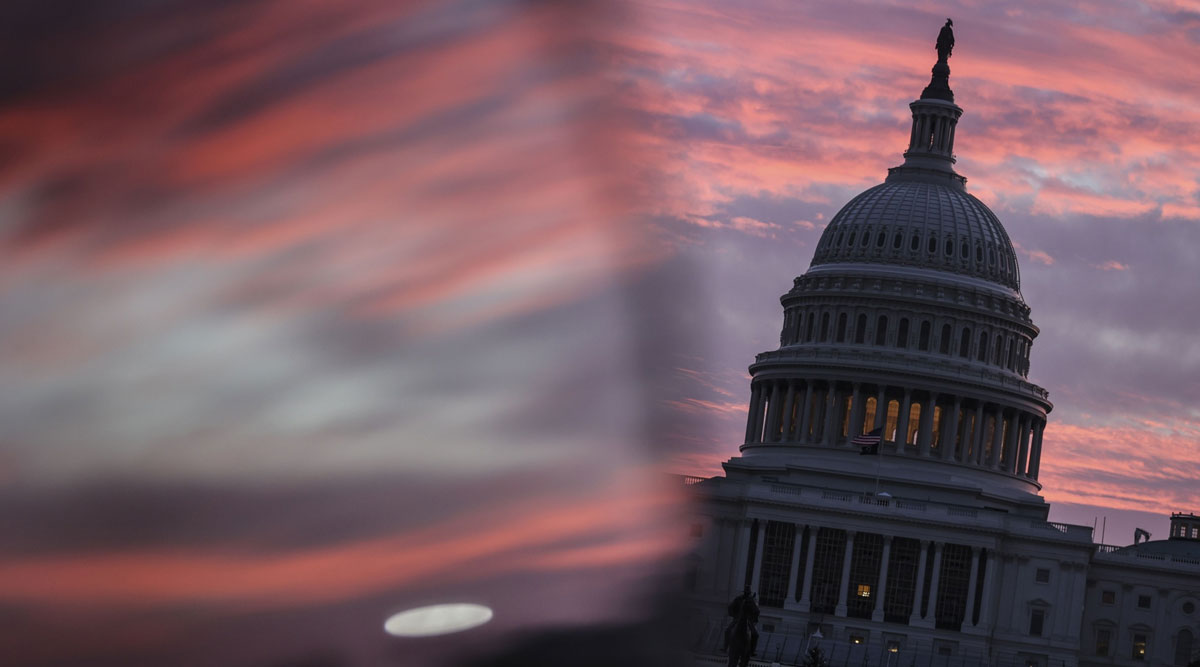 The U.S. Capitol is seen at dawn on Dec. 28. (Oliver Contreras/Bloomberg News)

The House is set to vote Dec. 28 to replace the $600 stimulus payments in the newly enacted pandemic relief law with the $2,000 President Donald Trump demanded — a Democratic-led effort that is politically fraught for congressional Republicans and unlikely to become law.

The bill would need two-thirds support to clear the House under the procedure being used for the vote, and it remains unclear if enough Republicans will shelve their opposition to higher payments — partly driven by deficit concerns — to support Trump’s request.

If the effort fails in the House Dec. 28, Democrats could bring it up again later this week for a simple majority vote. Even if the bill passes the House, it is unlikely to be approved by the Senate.

The focus on the issue could nonetheless prove troublesome for Republicans, as a vote against the increased payments puts them at odds with the leader of their party and on record against a politically popular idea. Republicans are trying to remain unified ahead of two crucial runoff elections in Georgia next week, which will determine control of the Senate. 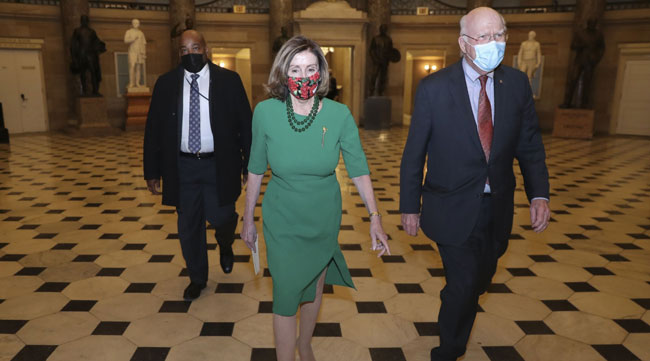 House Speaker Nancy Pelosi is bringing the stimulus checks bill up for a vote after Trump demanded the change in a surprise turnabout last week in which he denounced the $600 payment as a “ridiculously low” despite the fact that Treasury Secretary Steven Mnuchin was involved in the negotiations.

House Democrats attempted to pass the bill by unanimous consent on Dec. 24, but Republican leaders objected. Democrats then blocked a GOP effort to cut foreign aid in the package — another one of Trump’s demands.

After days of threats to the pandemic relief and government spending package that needed his signature to become law, Trump capitulated on Sunday night and signed the bill. In a statement, he said the Senate had agreed to begin the process of voting on the $2,000 checks along with a measure to end liability protections for social media and an investigation into alleged voter fraud.

It is not yet clear if this means Senate leaders will package such provisions together. If they do, such a bill will likely draw enough opposition from both parties to fail on the floor.

Senate Minority Leader Chuck Schumer is urging Republicans to bring up a clean bill, like the House measure, to increase the payments to $2,000.

On Dec. 27, Pennsylvania Sen. Pat Toomey, a Republican, said he would vote against $2,000 checks. During months of COVID-19 relief negotiations, Republicans fought against any direct payments and insisted that $600 was the maximum they could support in this round of economic aid.

In Georgia, Democratic Senate candidates Jon Ossoff and Raphael Warnock used the $2,000 payments proposal to attack GOP incumbents David Perdue and Kelly Loeffler. Loeffler said she would consider the increase if it is offset with spending cuts elsewhere while Perdue has not voiced support.

House GOP leadership is leaving it to its members to decide how to vote on Pelosi’s bill, and Republican divisions on the stimulus checks were on vivid display Dec. 28.

Alabama Republican Congressman Mo Brooks, a close Trump ally, made it clear on Fox News the morning of Dec. 28 that he doesn’t support Trump’s idea for $2,000 checks.

“I don’t think people understand what happens when a central government goes bankrupt, but it’s not pretty,” he said. “It’s dangerous.”

New York Representative Tom Reed, a moderate Republican who co-chairs the bipartisan Problem Solvers Caucus, came out in favor of the bill and said he could bring along the 25 GOP members of his group.

“The American people are hurting. Economic stagnation and lockdowns have left many in difficult financial situations,” said Reed in a statement. “It is only fair that we act decisively now to deliver the comprehensive relief individuals desperately need.”

Other Republicans, like New York’s Elise Stefanik, said they were still mulling support.

Increasing the payments could cost an estimated $435 billion, according to preliminary projections from the Committee for a Responsible Federal Budget. That’s on top of the $164 billion that the Joint Committee on Taxation, congress’s nonpartisan scorekeeper, estimates the $600 payments will cost.

The bill coming to the House floor vote around 5 p.m. Dec. 28 does have some added provisions, besides adding $1,400 to the direct payments.

The House bill would expand the eligibility of household members who can get the money, allowing adult dependents, as well as child dependents, to receive the payments. Currently, just children of adults under the income caps qualify for the payments.

Increasing the payments to $2,000 would also expand the universe of households that will be eligible for the money, under the phase-out formula established in the stimulus law. Higher amounts means that the payments phase out at higher income levels.

The Internal Revenue Service referred questions about the timing and processing of the payments signed into law Dec. 27 to the Treasury Department. The Treasury Department did not respond to a request for comment on when it would begin sending the payments. Mnuchin said earlier this month that transfers would begin this week, but that was before Trump’s delay in signing the legislation.

The IRS was able to start processing the $1,200 payments within about two weeks of the Cares Act being signed into law in March. The agency has said it will be able to move more quickly this round because much of the prep work has already been done.