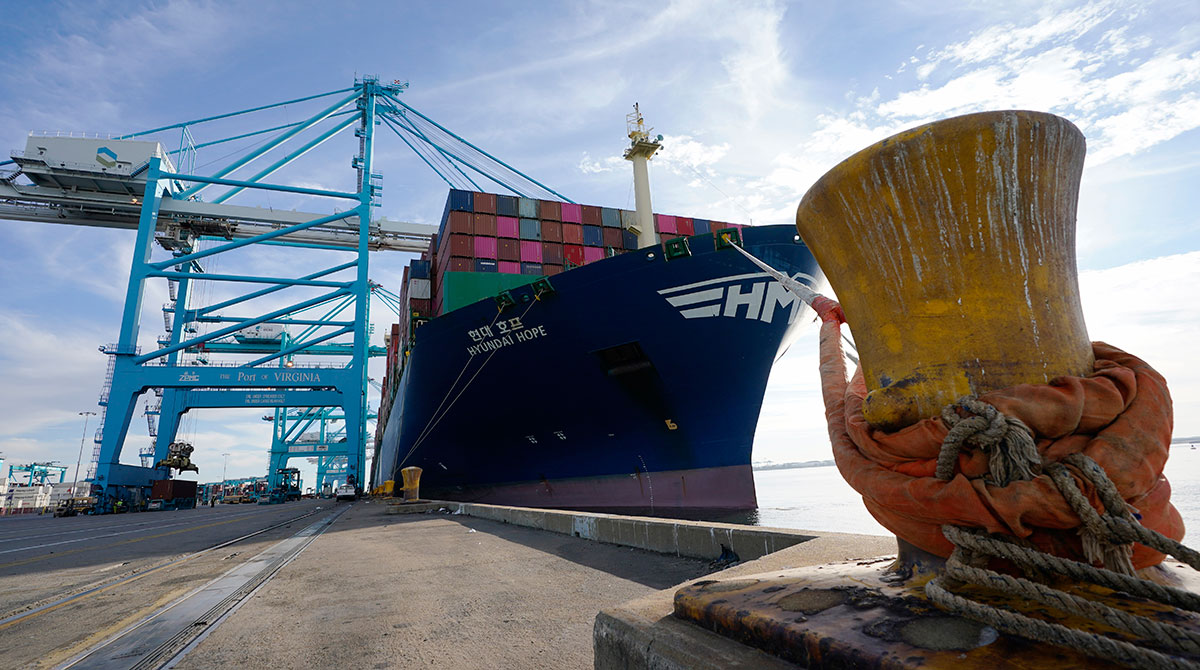 Legislation that would approve dozens of projects and studies under the purview of the Army Corps of Engineers was advanced by a committee in the U.S. House of Representatives on May 18. The bill’s approval came as supply chains continue to dominate the Biden administration’s focus.

The legislation’s sponsors, citing its bipartisan backing, expressed optimism about its passage in the House. Democratic leaders have yet to schedule its consideration on the floor of the chamber.

Today, my committee passed #WRDA2022. This critical piece of legislation will be the fifth consecutive #WRDA bill to invest in our ports, harbors, and inland waterways. I look forward to bringing this bill to the House floor and encourage my colleagues to pass #WRDA2022. https://t.co/wYjdPHJDFA — Rep. Peter DeFazio (@RepPeterDeFazio) May 18, 2022

“I am pleased to pass a fifth consecutive, bipartisan WRDA bill out of committee — now headed to the House floor — to invest in our ports, harbors, waterways and other key water resources infrastructure,” Transportation and Infrastructure Committee Chairman Peter DeFazio (D-Ore.) said. “WRDA 2022 will unleash the power of our coastal communities, sustain U.S. jobs, and provide critical authorizations and improvements to corps projects. This legislation will also continue to provide federal resources to rural and urban communities alike, as well as help communities most vulnerable to climate change to prepare for its impacts.”

“Effective and reliable ports, inland waterways and flood protection infrastructure helps keep our nation’s economy moving, and with our current supply chain crisis, supporting water infrastructure is more critical than ever,” committee ranking member Rep. Sam Graves (R-Mo.) added. “Flood protection in particular is something my district in Missouri relies on, and when the Missouri and Mississippi Rivers are mismanaged, it not only damages navigation channels that are essential to our economy, it also threatens the people and property along the rivers.”

Graves went on, “It’s critical to make sure the corps does not lose focus of its navigation and flood control responsibilities, and this bill does just that.”

Specifically, the House bill would approve 16 projects on shoreline protection and flooding. It also aims to pave the way for 72 feasibility studies on corps projects pertaining to reservoirs, commercial corridors and alternative sources of energy.

On the Senate side, the panel’s counterparts recently approved their version of the water policy bill. That legislation also would approve dozens of new Army Corps of Engineers construction projects and feasibility studies.

“Our committee has shown, yet again, that we can come together across the aisle to help meet the pressing water infrastructure needs of the American people,” Senate Environment and Public Works Committee Chairman Tom Carper (D-Del.) said. “This year’s reauthorization of the Water Resources Development Act would authorize the modification of existing and construction of new, critical Army Corps projects in Delaware and throughout the country — projects that will significantly improve quality of life, create good-paying jobs, and protect communities against the threats of climate change.”

The congressional transportation leaders’ actions on their water-centric legislation are meant to respond to supply chain bottlenecks. Gridlock along aspects of the supply chain has been credited with slowing down access to certain goods.

The Biden White House continues to announce directives designed to alleviate supply chain bottlenecks. This month, officials connected several manufacturers for a partnership designed to assist U.S.-based suppliers with additive manufacturing. The program would seek to minimize a company’s wait time for parts in order to expedite the flow of goods through the supply chain.

“U.S. supply chains have become fragile and thus a drag on the economy. As awareness of the costs of supply chain disruptions has increased, firms are acting to increase their resilience,” according to the White House. “By coordinating within and across supply chains, this partnership will also increase the effectiveness of government programs that aim to promote investment in these cutting-edge technologies.”

Administration officials also point to a freight monitoring system set up by the White House’s supply chain task force to provide public information about the flow of goods. The data is meant to inform stakeholders about efforts to minimize bottlenecks.