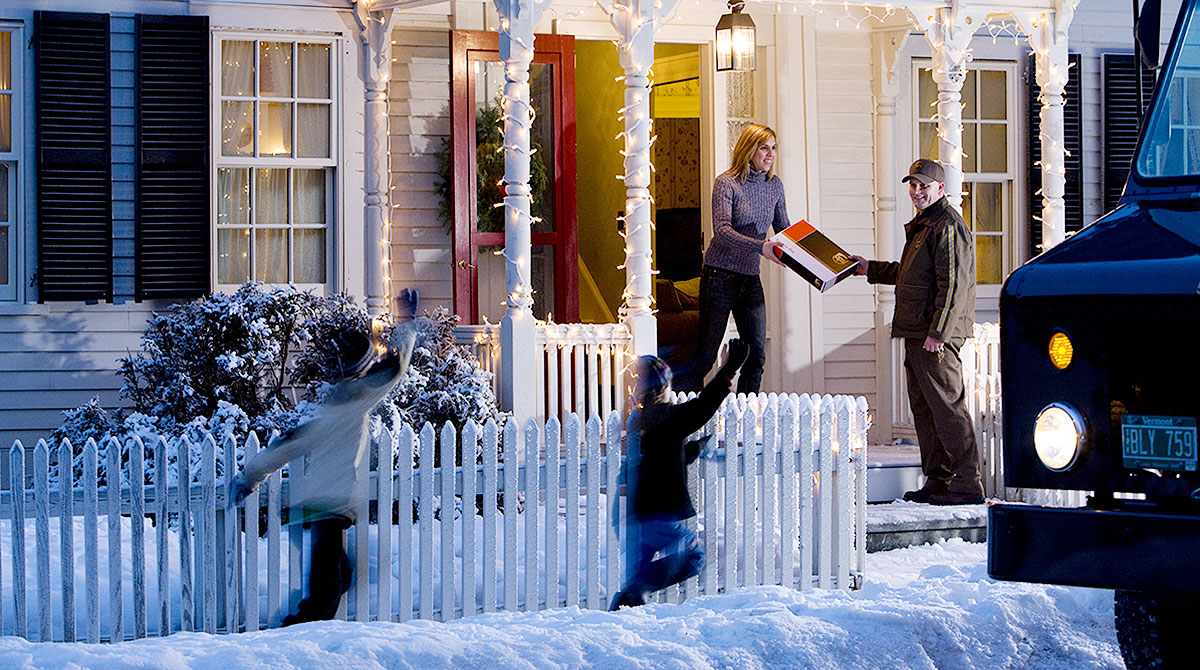 This holiday season is projected to be so busy, one parcel carrier even expects to set a record for returned merchandise.

UPS on Nov. 4 forecast that its holiday returns will peak at 1.9 million packages on Jan. 2, a 26% increase from last year’s peak returns day. Plus, the Atlanta-based carrier said it expects to handle 1.6 million returns per day the week before Christmas Day, a spike it attributes to retailer promotions that will prompt shoppers to buy gifts early.

Peak returns season is fast approaching. Get the resources to rock it. #NationalReturnsDay #SmallBiz

Overall, the company expects total returns volume this holiday season will set a record — little wonder considering the volume of total holiday shipments it and other carriers and industry watchers are expecting.

“We estimate UPS will deliver more than 32 million packages per day in the U.S. and around the world, an increase of more than 50% over our regular daily volume,” said Matthew O’Connor, UPS senior manager for public relations, in an email to TT.

While USPS already makes Sunday deliveries in major cities, it will expand the service beginning Nov. 24 for locations with high package volumes. It expects to deliver 8 million packages on Sundays next month.

For an additional fee, USPS said it will in select locations make deliveries on Christmas Day.

No better time than the present to send your presents! Check out https://t.co/INeKrksjim to get all of the holiday shipping deadlines. #usps #sendjoy pic.twitter.com/9Eb1iyj3X6 — U.S. Postal Service (@USPS) November 5, 2019

The estimates from UPS and USPS follow an Oct. 3 report from the National Retail Federation that predicted an increase in holiday retail sales during November and December of between 3.8% and 4.2%, over year-ago levels, totaling between $727.9 billion and $730.7 billion in consumer spending. Those numbers compare with an average increase of 3.7% over the previous five years.

“The U.S. economy is continuing to grow and consumer spending is still the primary engine behind that growth,” said Matthew Shay, the group’s CEO, in a statement. “Nonetheless, there has clearly been a slowdown brought on by considerable uncertainty around issues including trade, interest rates, global risk factors and political rhetoric. Consumers are in good financial shape and retailers expect a strong holiday season. However, confidence could be eroded by continued deterioration of these and other variables.”

Another economics expert expressed faith in consumers to propel the holiday season. 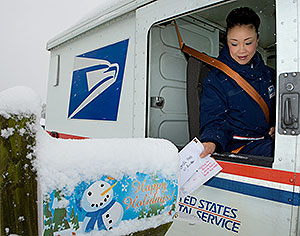 USPS predicts that nearly 2.5 billion pieces of first-class mail, including greeting cards, will be processed and delivered the week of Dec. 16. (U.S. Postal Service)

“When (consumers’) pocketbooks are OK, they will come out to play,” said Rajeev Dhawan, director of the Economic Forecasting Center at Georgia State University. “Tariffs or no tariffs.”

Dhawan told TT that he expects strong seasonal volume for carriers and shippers to propel growth.

“The economy is still growing,” he said. “So the Christmas season is going to be better than the last one.”

And e-commerce is playing a growing role; UPS noted that its projected returns volume in advance of Christmas indicates that consumers are changing their buying habits. The company figures to ship more than 1 million return packages per day back to retailers next month, a pace it expects to last into early January.

“Gone are the days where returns were isolated to January,” said Kevin Warren, UPS chief marketing officer, in a statement. “Today’s empowered consumers will be sending packages back to retailers all season long.”

UPS said its research shows that retailers must offer comprehensive returns services to succeed in e-commerce. As many as 73% of shoppers surveyed said the overall returns experience impacts their likelihood to purchase from a retailer again.

USPS said its busiest time of the season peaks two weeks before Christmas, when last-minute shopping starts. Customer traffic is expected to increase beginning Dec. 9, while the week of Dec. 16 is expected to be the busiest time for mailing, shipping and delivery, it said.

Along with packages, USPS predicts that nearly 2.5 billion pieces of first-class mail, including greeting cards, will be processed and delivered the week of Dec. 16.

FedEx Corp. had not issued a holiday projection as of TT’s press time. However, the Memphis, Tenn.-based company told TT in September that it planned to add 55,000 seasonal workers to its FedEx Ground network to supplement its more than 450,000 employees.

We're kicking off the festive season with our Holiday Store, gift guides, deals, easy ways to shop, and more! See what we have in store: https://t.co/ENdq38SizG pic.twitter.com/1NYxEIBBhP — Amazon.com (@amazon) November 1, 2019

Amazon.com did not respond to a TT request for comment for this story, but CEO Jeff Bezos on the company’s Oct. 24 earnings conference call said that the Seattle-based e-commerce giant was “ramping up to make our 25th holiday season the best ever for Prime customers, with millions of products available for free one-day delivery.”

Bezos said a switch to offering one-day delivery, speeding up things from the company’s familiar two-day offering, was “a big investment, and it’s the right long-term decision for customers.”