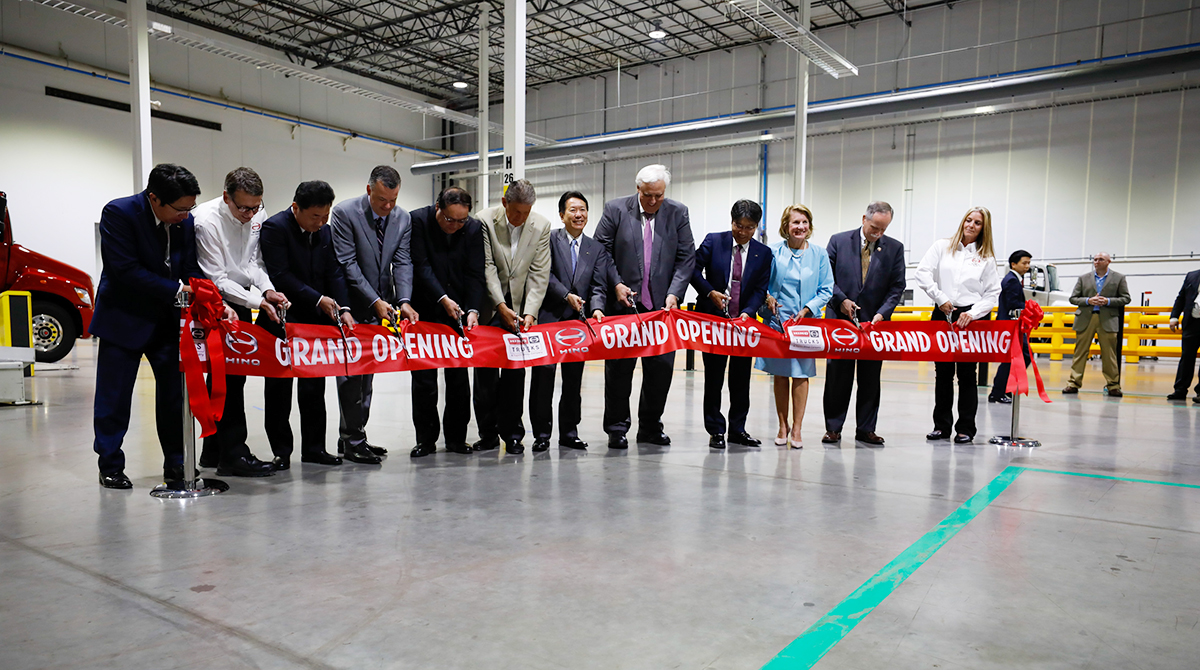 Hino Motors Manufacturing U.S.A. Inc. on Aug. 21 announced the opening of its nearly 1 million-square-foot medium- and heavy-duty truck manufacturing plant in Mineral Springs, W.Va., adding it would increase investment there.

“Hino is committed to building its trucks and products in the market it operates in. We have committed $100 million in capital investment into our new state-of-the-art manufacturing facility, generating 250 new jobs,” Hino Motors Ltd. CEO Yoshio Shimo said in a company release. “Today, I am excited to announce an additional commitment of $40 million in investment to meet increased demand and product configurations, creating an additional 250 new jobs, totaling 800 team members.” 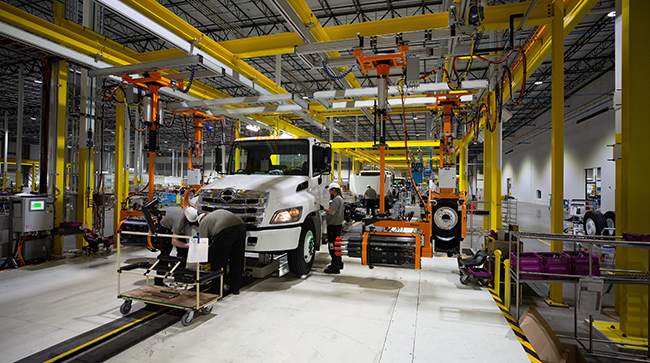 The inside of the new Hino facility. (Hino Trucks)

Gov. Jim Justice, who attended the opening along with federal and local elected officials, dealers and customers, said, “Hino has been a tremendous partner to the state of West Virginia since 2007. With 800 West Virginians planned to be employed by Hino, they continue to be one of West Virginia’s biggest employers.”

The new plant will assemble the company’s Classes 6-8 conventional trucks, including its newly introduced Class 7 and Class 8 XL Series. The facility can produce 15,000 trucks a year using one shift, providing Hino the capacity it needs to continue to grow in the U.S., according to the Novi, Mich.-based company, a subsidiary of Hino Motors Ltd.

Previously, Hino assembled medium-duty trucks in Williamstown, W.Va., and those operations moved to the new plant on the site of a former distribution center in Mineral Springs. In September, Hino announced it would produce a new line of Classes 7-8 trucks for sale in the U.S.

Hino Trucks has 240 dealers in its network and routinely leads in U.S. retail sales of Class 4 trucks, as reported by WardsAuto.com.