Hino Turns to Cummins Diesel Engines for US, Canada 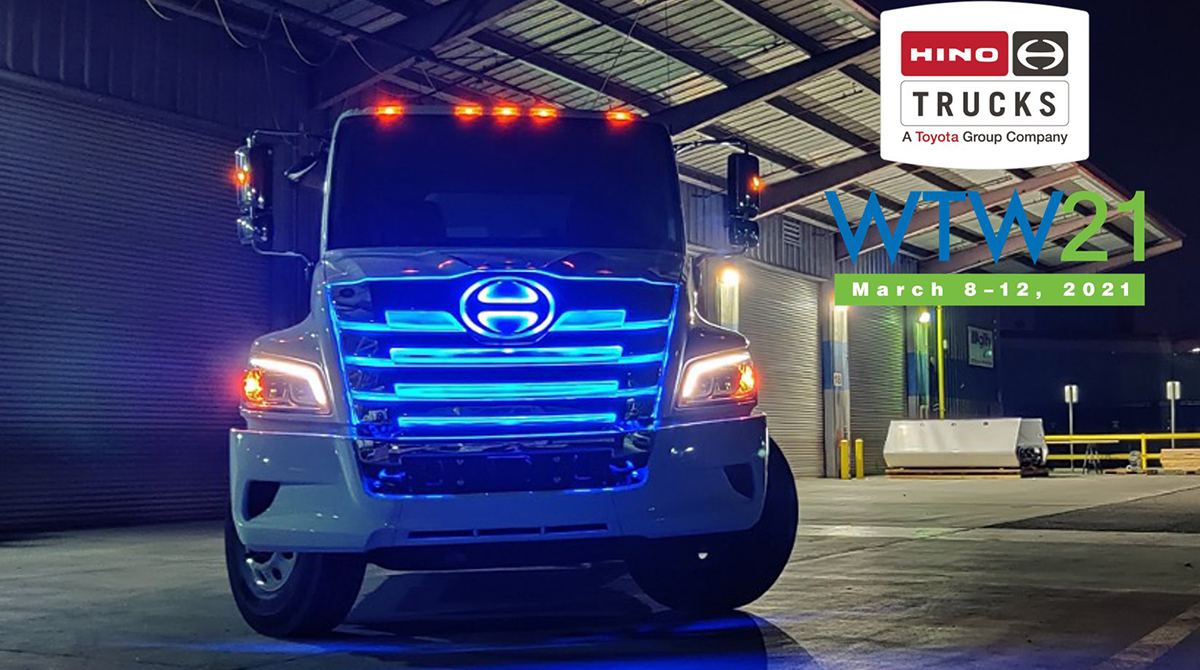 It also reported it was accelerating its timeline for producing battery-electric trucks.

It made the announcements at Work Truck Week 2021, a virtual event hosted by NTEA-The Association for the Work Truck Industry.

Hino will offer the Cummins B6.7 and L9 engines in its L and XL Series models by the end of 2021, according to the Novi, Mich.-based company, a brand of Toyota Group. Previously, the trucks came with Hino’s own engines: the J08E for the L series, and A09 for the XL series.

The company plans to make the Cummins B6.7 engine available in the L Series by the end of 2021, initially offering the engine in two ratings: 240 HP and 260 HP.

“We are thrilled to offer Cummins’ proven B6.7 and L9 engines,” Bob Petz, senior vice president of vehicle and parts sales, said in a release. “The reliability, performance and durability presented with Cummins engines coupled with the award-winning Hino conventional cab will provide our customers the ultimate ownership experience.”

In December, Hino announced that issues with U.S.-required certification of several of its engines has led its board to pause truck production in North America until the end of September 2021.

Cummins has made the B6.7 for nearly 40 years and has sold 13 million of them, according to the Columbus, Ind.-based company.

Also new in 2021, the B6.7 offers advancements in connectivity to find, prevent and resolve issues faster.

Cummins reported the 2021 L9 Productivity Series engines are up to 1.5% more fuel efficient compared with the 2017 models. The 2021 L9 Performance Series engines will see up to a 3.5% fuel economy improvement.

Meanwhile, the company said it was redirecting engineering and other resources to accelerate the development of the battery-electric vehicle portion of Project Z, the company’s development path to zero-emission vehicles.

Hino is now planning to begin low-volume production of the BEV models in the fourth quarter of 2022, ramping up to full production by the end of 2023.

Hino had previously announced plans to develop and produce a full range of Class 4-8 battery electric Trucks by 2024.

Hino noted other collaborations on powertrain strategies with Cummins were under evaluation.

One financial analyst said Hino’s shift to Cummins engines when fully ramped would add 11,000 units between the B6.7 and L9 engines for Cummins.

The announcement builds on prior wins, Stephen Volkmann, an equity analyst with Jeffries Financial Group Inc., wrote in a note.

Cummins, within the past few months, announced agreements with Isuzu Motors and Daimler Trucks AG that “will add light- and medium-duty volumes to Cummins’ production starting in 2023 and will increase globally as new emission standards are adopted across regions through the end of this decade,” according to Volkmann.