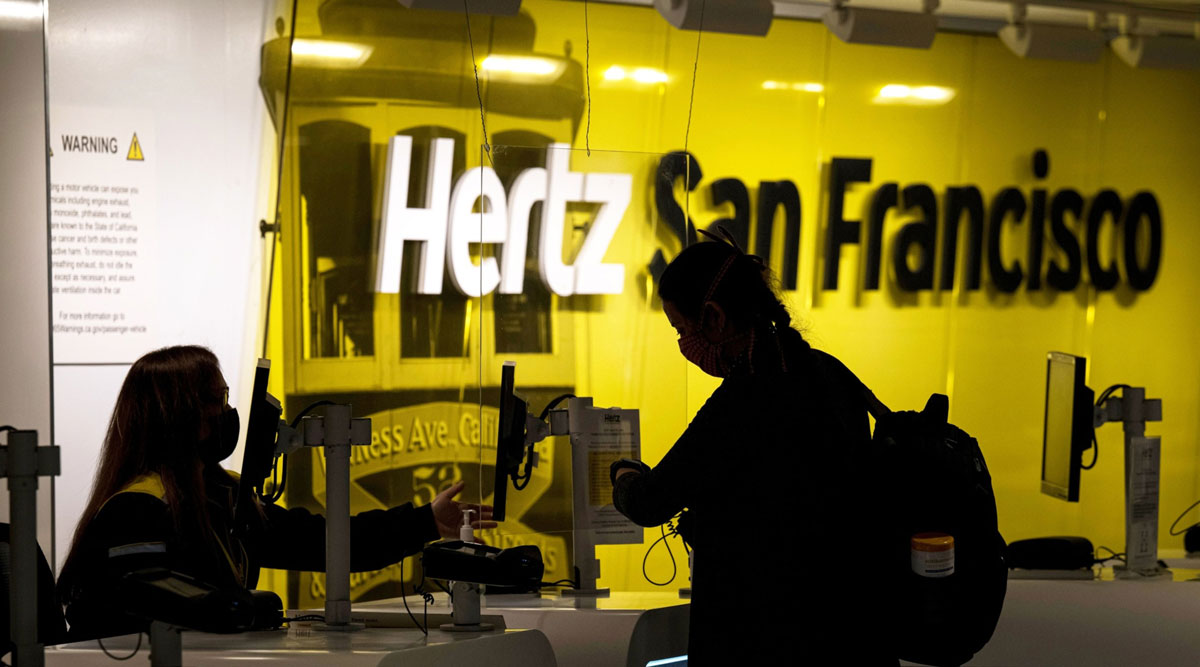 An employee wears a protective mask while assisting a customer at a Hertz counter in San Francisco on May 5. (David Paul Morris/Bloomberg News)

The company halted sales “pending further understanding of the nature and timing” of the regulatory review, according to a filing. The stock, whose trading had been halted earlier in the day, jumped to almost $2.30 after the disclosure, and then slumped back to trade little changed at $1.95 at 3:47 p.m.

Hertz’s reversal followed inquiries from the U.S. Securities and Exchange Commission about the plan advanced by the car renter, which sought to raise as much as $500 million. The company warned at least half a dozen times in its offering that would-be buyers could find themselves wiped out.

Hertz had said stockholders wouldn’t get anything from its bankruptcy plan unless those with more senior claims, including bondholders, are paid in full. The most junior bonds alone have seen more than $2 billion of value evaporate, enough to erase the shares several times over.

Market Gets Harsh Reminder That COVID Is Its Elemental Risk