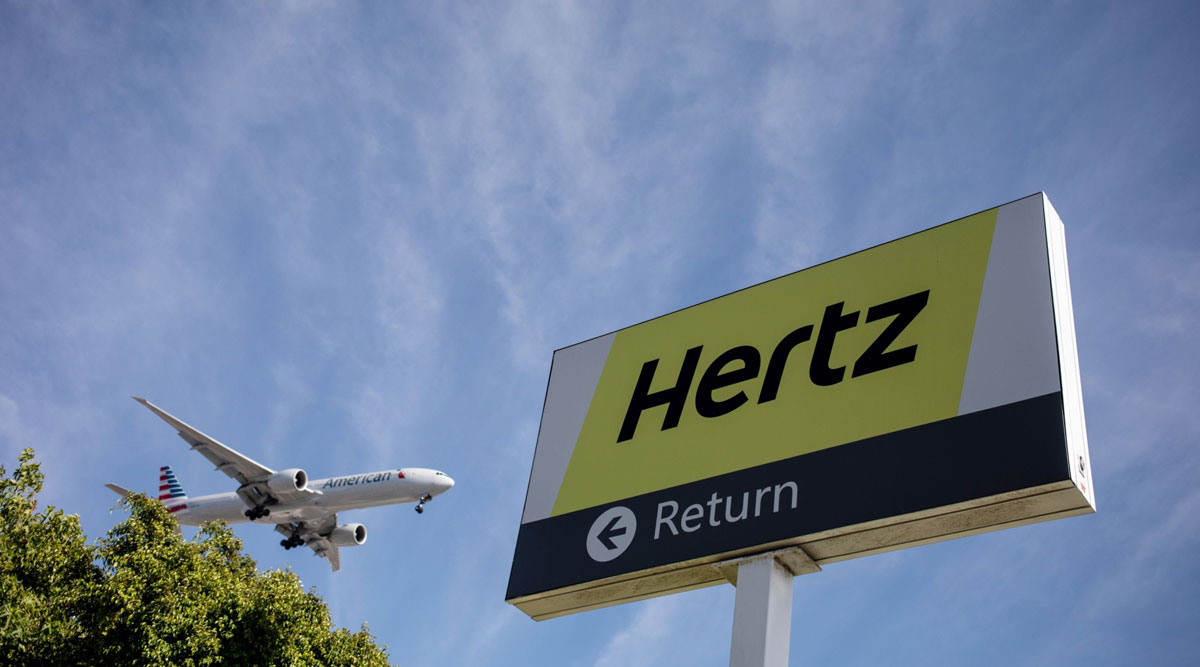 Signage is displayed outside of a Hertz rental location at Los Angeles International Airport (LAX) in Los Angeles in August 2019. (Martina Albertazzi/Bloomberg News)

Hertz Global Holdings Inc., the rental car company founded with a dozen Ford Model Ts more than a century ago, filed for bankruptcy late May 22 after sweeping travel restrictions and the global economic collapse destroyed demand for its vehicles.

The Chapter 11 filing in Delaware allows Hertz to keep operating while it devises a plan to pay creditors and turn around the business. The second-largest U.S. rental car company does not need debtor-in-possession financing for now, according to a person familiar with the matter, because it has more than $1 billion cash on hand.

Hertz’s court petition listed about $25.8 billion in assets and $24.4 billion of debts, and its biggest creditors include IBM Corp. and Lyft Inc. After the coronavirus pandemic decimated revenue, the car renter sought relief from lenders and a bailout from the U.S. Treasury Department. But while it managed to negotiate a short-term reprieve from creditors, it wasn’t able to work out longer-term agreements.

“With the severity of the COVID-19 impact on our business, and the uncertainty of when travel and the economy will rebound, we need to take further steps to weather a potentially prolonged recovery,” CEO Paul Stone said in a statement. The Estero, Fla.-based company named him its fifth CEO since 2014 less than a week before the bankruptcy filing.

Analysts have warned of ramifications for the broader auto industry from a Hertz bankruptcy. The company has a fleet of about 400,000 cars in the U.S. that are not subject to repurchase agreements with vehicle manufacturers and could be liquidated, Benchmark Co. analyst Michael Ward wrote in a report last week.

“The risk for the auto sector occurs if the creditors of the debt that is secured by the vehicles decide to liquidate the fleet to repay the bonds,” Ward wrote May 14. The impact those sales may have on used car prices could be minimized by the sale of those vehicles taking place over the course of several months, he said. 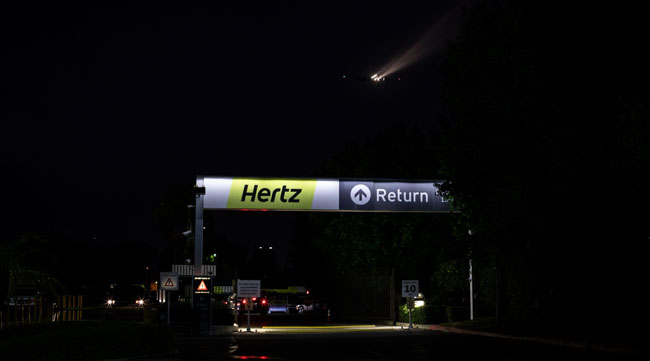 Signage is displayed outside a Hertz rental location at LAX in Los Angeles in 2019. (Martina Albertazzi/Bloomberg News)

Hertz said it has enough cash for now to support its operations, which include Hertz, Dollar, Thrifty, Firefly, Hertz Car Sales, and Donlen. But it might need to raise more, perhaps through added borrowings while the bankruptcy process moves forward.

The Chapter 11 proceedings involve the company’s U.S. and Canadian subsidiaries and don’t include its operations in Europe, Australia or New Zealand. U.S. Bankruptcy Judge Mary Walrath — assigned to oversee Hertz’s case — is no stranger to high-profile bankruptcies.

She presided over bank holding company Washington Mutual Inc.’s efforts to reorganize after the lender helped fuel the subprime mortgage meltdown in 2008 by securitizing and selling risk loans as investments. A U.S. Senate panel accused the Seattle-based bank of fueling a rash of questionable mortgage-backed securities that caused an economic meltdown.

Walrath also gained publicity in 2011 when she turned down WaMu’s first swing at a reorganization plan after finding the legal releases for third parties involved in the mortgage-securities fraud were too broad. She eoversaw the bankruptcy sale of ex-Hollywood mogul Harvey Weinstein’s studio to Lantern Entertainment in a deal worth about $437 million including debt.

The judge, the longest-tenured bankruptcy judge on the Delaware bench, will be faced with questions about whether Hertz has to honor agreements it was forced to make in hopes of surviving the pandemic, said Chuck Tatelbaum, a Florida-based bankruptcy attorney who has appeared before Walrath.

For example, Walrath must decide if Hertz can invalidate expensive car-storage agreements prompted by the drop in rental car demand that have become a huge drain on its finances, he said. “She’s got the experience to make the calls on this COVID-19 stuff. She’s the right judge for the job.”

To survive, Hertz may have to slim down operations considerably, said Joseph Acosta, a partner in the bankruptcy law firm of Dorsey & Whitney.

“Hertz may have little choice but to scale down its operations and sell assets to pay down its significant secured debt,” Acosta said in an email. “Hopefully, the restructuring expenses will not bury the company in the process.”

The company began laying off workers to preserve cash in March as emergency measures to contain the virus halted business and leisure travel. Hertz disclosed on April 29 that it had missed substantial lease payments related to its rental cars. 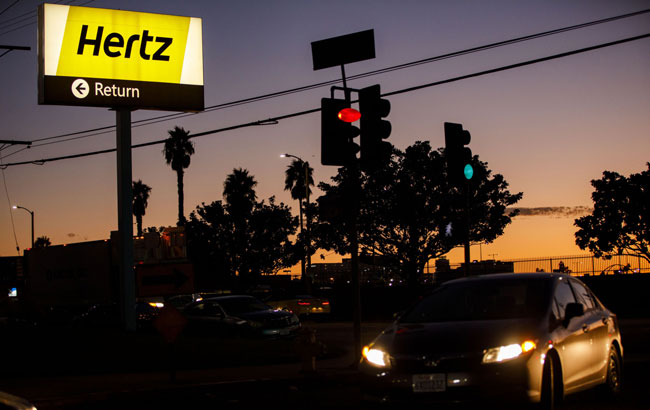 While all travel-related companies have been hurt by the pandemic, a big part of what has weighed on Hertz is its strategy of owning or leasing a large portion of its fleet outright instead of acquiring them through buyback agreements with manufacturers. Hertz typically responds to falling demand by selling cars from its fleet, so it has been hit especially hard by the drop in prices at used-car auctions.

Hertz, originally known as Rent-a-Car Inc., was founded in Chicago in 1918. It was operating 12,400 locations worldwide as of February.