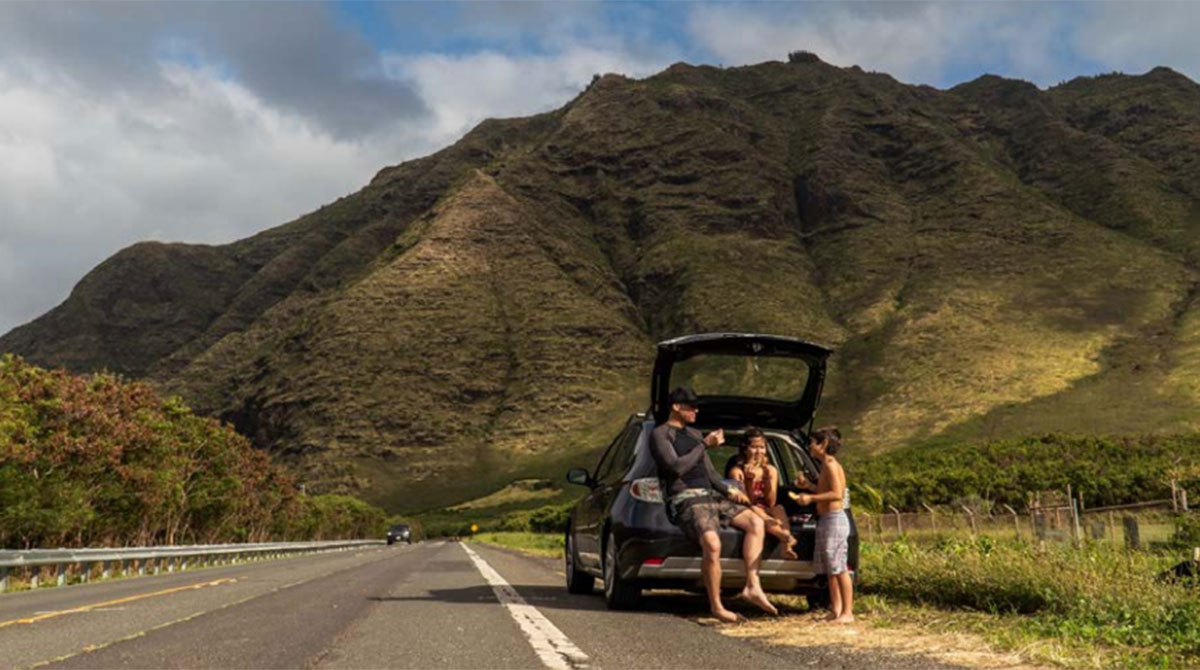 Hawaii’s Department of Transportation recommends “moving forward with a minimally disruptive transition to road usage charging” for passenger electric vehicles without delay due to the pace of EV and hybrid vehicle adoption in the state.

This gradual transition from a gas tax to charging per mile driven on roads would provide HDOT with “time for further development and improvement of systems for collecting this new fee.”

Instead of paying a flat $50 annual EV fee, residents would have their EV odometer mileage assessed under the state’s current vehicle inspection program tied to vehicle registration. HDOT suggests the rate of .8 cent per mile be charged since that amount is equal to what the average gas vehicle in Hawaii pays through the gas tax. Initial EV annual usage rates would be no more than $70 average yearly rate for a gas vehicle.

HDOT estimates that by 2045, the .8 cent-per-mile rate could generate over $65 million on all EVs or $100 million if levied on all vehicles.

Hawaii officials describe the project as the largest road usage tax demonstration project ever conducted in the nation. While the project only focused on passenger cars, residents raised concerns about how a road usage tax could be applied to electric heavy vehicles.

“Prospects for electrification of the heavy vehicle segment of the fleet exist, but are further in the future than for light-duty vehicles,” HDOT noted. “Near-term gains in fuel efficiency for heavy vehicles are more likely to come from incremental improvements in conventional diesel engines as well as occasional hybrid applications. These trends suggest that challenges with revenue sustainability and fairness are not as pressing among heavy vehicles as they are among light vehicles.”

A leader in the green movement, Hawaii in 2015 was the first state to set a 2045 deadline as the year to achieve 100% renewable energy. After California, Hawaii has the second-highest EV adoption rate in the nation.

In 2018, HDOT launched a pilot public demonstration project with 2,000 vehicles to evaluate replacing the gas tax with road usage charge based on payment for miles driven.

The final 150-page report for the 36-month demonstration project, funded with a $4 million grant from the Federal Highway Administration, was published in August.

“Electric vehicles, with zero tailpipe emissions, currently account for just over 1% of passenger vehicles in Hawaii. Achieving zero emissions from all vehicle tailpipes by 2045 requires turning over the remaining 99%, almost the entire vehicle fleet, in one generation,” the report stated.

It noted that gasoline and diesel taxes, unchanged since 1993, have provided the largest revenue source for HDOT, which receives nearly all its state funds from user fees. Hawaii collects 16 cents for every gallon of fuel sold, which amounted to $83 million in 2019 to spend on the 2,500 lane miles of state highways across the islands.

Aside from congestion and normal road usage maintenance, HDOT also has to grapple with road repairs arising from flooding, mudslides and unstable slopes due to tropical storms, lava flows from volcanoes and sea-related issues such as coastal erosion of roads, and rising water tables near belt roads.