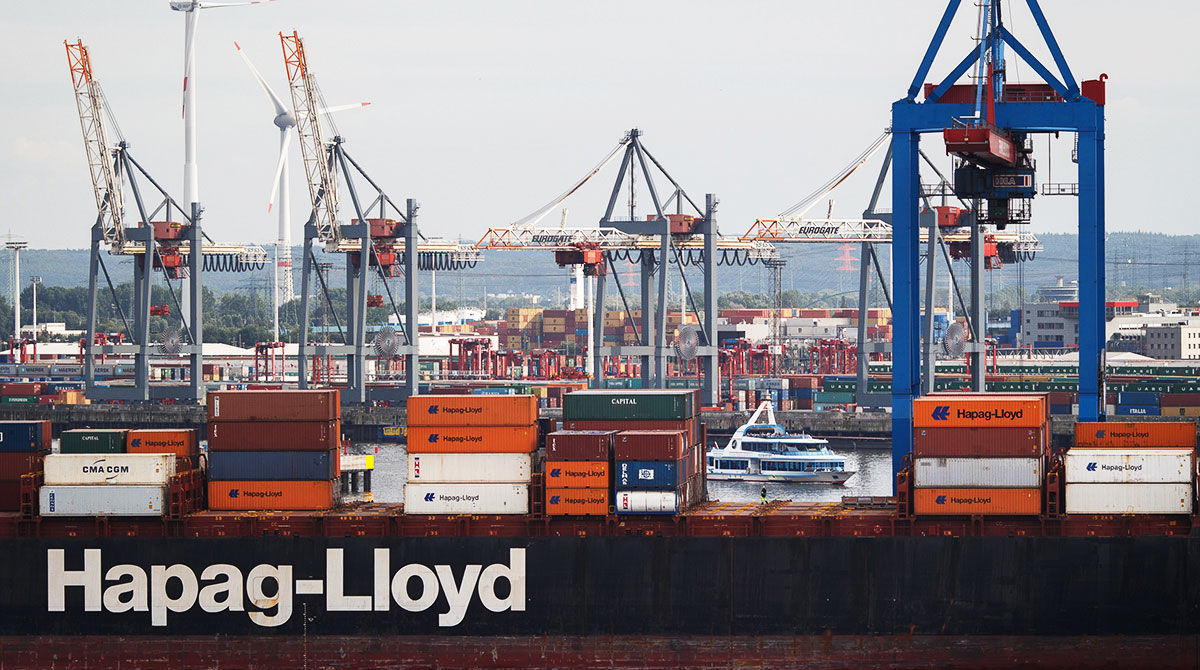 Shares of German shipping line Hapag-Lloyd AG plunged as much as 22% after the company cut its profit forecast for the year, as overcapacity in the industry combined with rising fuel costs to put a squeeze on profit.

“Competition appears to have been fierce among the liner alliances with so far limited use of the capacity management tools seen in prior years,” Moerkedal said in a research note. “The focus on cost-cutting and maintaining profitability may change this attitude going forward, thus forcing the liners to take more capacity out of active trade to restore freight rates should the peak season disappoint.”

The profit squeeze, following a string of debt-fueled acquisitions in the shipping industry, comes amid a backdrop of rising global trade tensions. Shippers are working to cut costs to shore up cash and protect profit.

Hapag-Lloyd shares have fallen 3% this year, valuing the company at 5.7 billion euros.

Shares of A.P. Moller-Maersk A/S, the owner of the world’s largest container line, fell 5.3% in Copenhagen, after earlier declining as much as 7.5%.

Bonds of unlisted CMA CGM have fallen to a record-low 81 cents this week, from par in January. The French company purchased a shorthaul Finnish shipper last week, a move Lucror Analytics said makes sense, though the analysts recommended buying credit-default swaps amid “rising risk of a full-fledged global trade war.”

Hapag-Lloyd now expects earnings before interest and tax of $233 million (200 million euros) to 450 million euros this year, according to a statement June 29. Previously, it had said it saw Ebit “clearly increasing” from 410.9 million euros last year.

The Hamburg-based company said it expects “an unexpectedly significant and continuing increase in the operational costs since the beginning of the year,” especially for fuel-related costs and charter rates, along with a slower-than-expected recovery of freight rates.

“These developments cannot be fully offset by cost-saving measures that have already been initiated,” the company said.

Maersk announced last month it plans a number of “short-term initiatives” to cut costs after losing money in the first quarter of the year. These include an extra fuel surcharge that Maersk now charges its customers.

With assistance by Tom Beardsworth, David Verbeek and Christian Wienberg