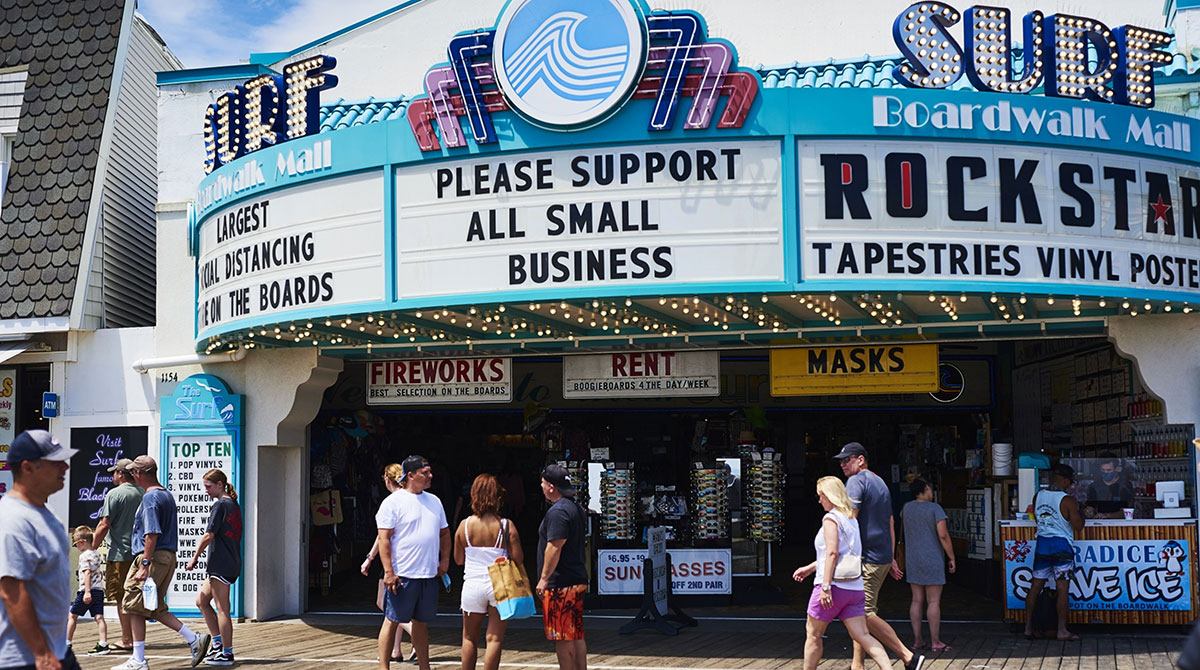 Pedestrians passes a sign that reads "Please Support All Small Business" outside a store on the boardwalk in Ocean City, NJ. (Gabby Jones/Bloomberg)

A record share of U.S. small business owners said they had vacant positions in August, and an unprecedented number boosted wages to lure workers, the National Federation of Independent Business said Sept. 2.

Fifty percent of firms had job openings they could not fill last month, up 1 percentage point from July and the largest share in monthly data to 1986, according to the NFIB data. A record 41% of small business owners said they raised compensation.

“Owners are raising compensation in an attempt to attract workers and these costs are being passed on to consumers through price hikes for goods and services, creating inflation pressures,” Bill Dunkelberg, NFIB’s chief economist, said in a statement.

A record 32% of small businesses said they intend to add to payrolls in the next few months, while the number planning to raise worker pay remained near a series high.

Job skills remain problematic for companies, with 91% of those hiring or trying to hire indicating there were few or no qualified applicants for open positions, the report showed.