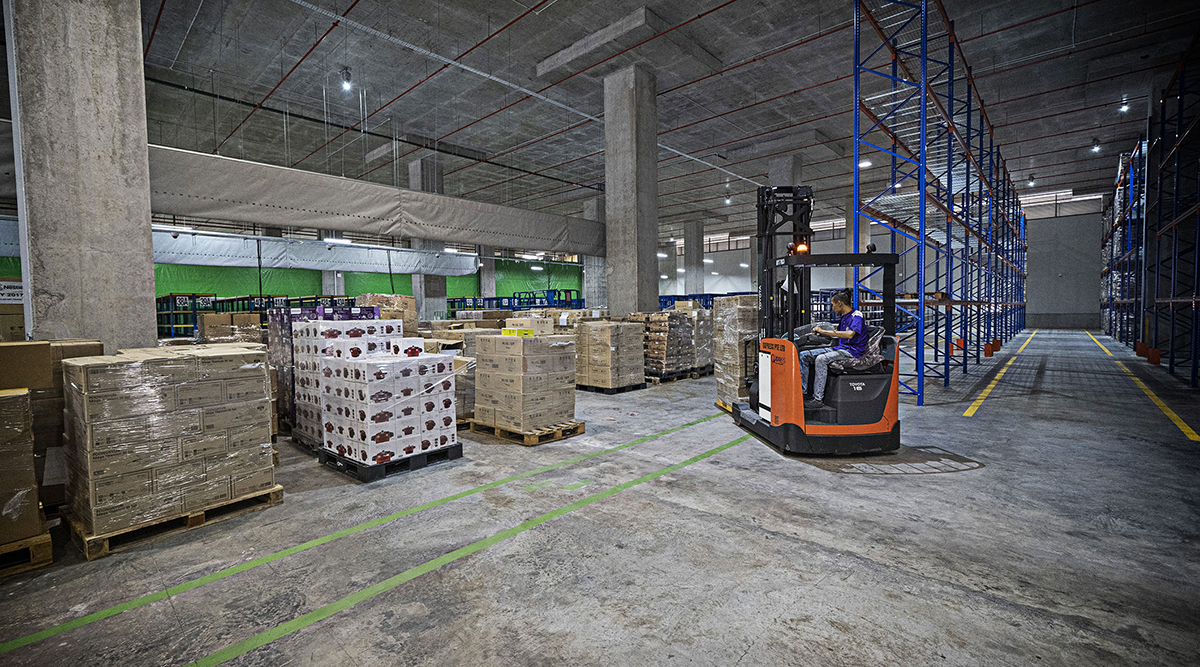 U.S. economic growth accelerated in the first quarter on a big boost from inventories and trade that offset slowdowns in consumer and business spending, with President Donald Trump touting the report as much stronger than expected.

Gross domestic product expanded at a 3.2% annualized rate in the January-March period, according to Commerce Department data April 26 that topped all forecasts in a Bloomberg survey calling for 2.3% growth. That followed a 2.2% advance in the prior three months.

The numbers may bolster hopes that growth is stabilizing after its recent soft patch. Trump, speaking with reporters before departing on a trip on Air Force One, said the GDP numbers were “far higher than the high expectations.”

But underlying demand was weaker than the headline number indicated. Consumer spending, the biggest part of the economy, rose a slightly-above-forecast 1.2%, while business investment cooled. A Federal Reserve-preferred inflation measure, the personal consumption expenditures price index excluding food and energy, slowed to 1.3%, well below policymakers’ 2% objective. 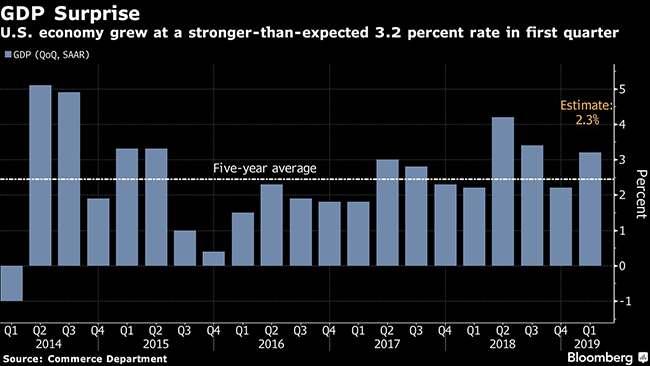 The first acceleration in GDP since mid-2018 reflected the largest combined boost since 2013 for two typically volatile components — inventories and trade — that could weigh on the economy later in the year. While steady wage gains and the Fed’s forbearance on interest-rate hikes will help make the expansion the nation’s longest on record in July, the fading impact of tax cuts and a global slowdown mean Trump’s goal of sustained 3% growth still will be difficult to reach.

While 3.2% is a “great number,” consumer spending “has to get stronger for the economy to remain in an expansion,” said Michael Gapen, chief U.S. economist at Barclays. “We think it will, but it’s not a silver lining. Underneath the hood, household spending was soft and further expansion is going to require households to get back to a normal space of spending.”