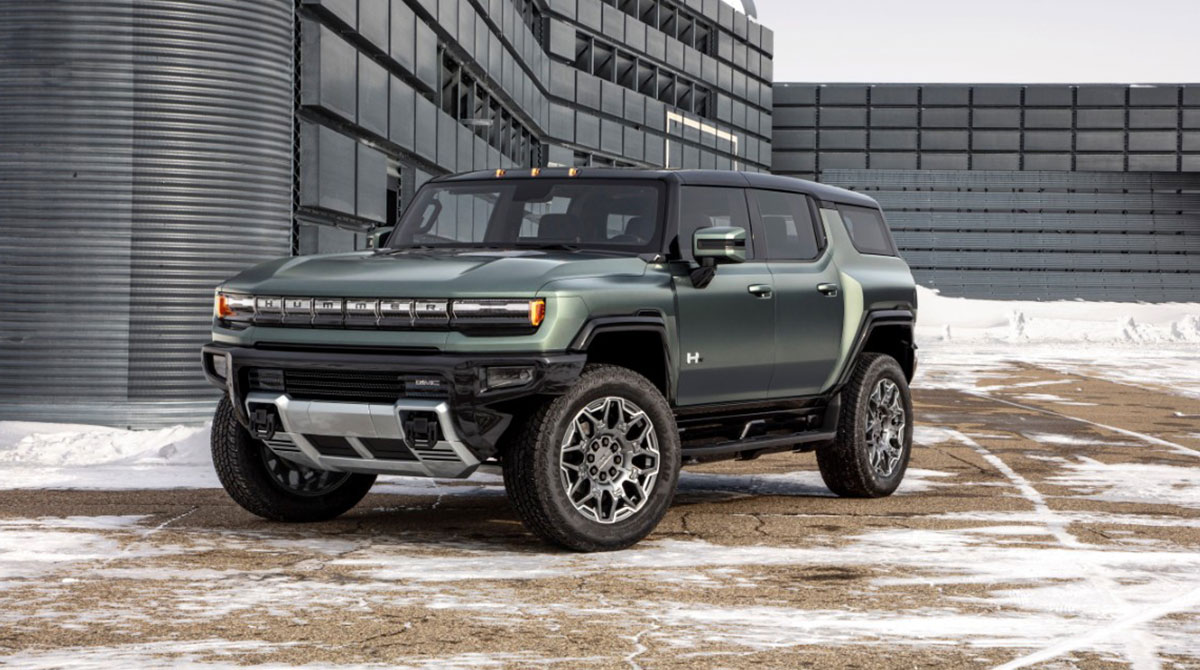 General Motors’ future electric vehicles will offer more range on a single charge and charge faster because of a new supplier agreement it announced Oct. 4.

GM said it has entered a strategic supplier agreement with Wolfspeed Inc. to develop and provide silicon carbide power devices for future EVs. GM is not disclosing the terms of the agreement or any financial details around it.

Wolfspeed, headquartered in Durham, N.C., is a global supplier of silicon carbide power devices. It will produce the devices at its Mohawk Valley Fab facility in Marcy, N.Y., which opens early next year. The new facility will dramatically expand capacity for Wolfspeed’s silicon carbide technologies, which are in increasing demand for EV production.

Today marks the beginning of a new era as @Wolfspeed, Inc. We are the global leader in Silicon Carbide technology and production. Thank you for joining us as we unleash new possibilities for what lies ahead. #WeAreWolfspeed. https://t.co/5noJ0z25lp #WolfspeedUnleashed pic.twitter.com/bTMfIKMFl5

The new supplier agreement provides GM a secure, long-term, domestically sourced supply of a key component needed for its future EVs, helping GM mitigate any future production disruptions if there is a shortage, GM said.

“Our agreement with Wolfspeed represents another step forward in our transition to an all-electric future,” said Shilpan Amin, GM vice president of Global Purchasing and Supply Chain.

GM has said it will introduce 30 new EVs by 2025 and aspires to be a carbon neutral company by 2040. Before year-end it will launch its first new EV off its Ultium platform, the 2022 GMC Hummer pickup, followed by the 2023 Cadillac Lyriq SUV next year.

EV buyers want greater range, Amin said, and silicon carbide is an essential material to deliver it. GM will use silicon carbide in the integrated power electronics within the Ultium Drive units that will underpin its next-generation EVs, he said. 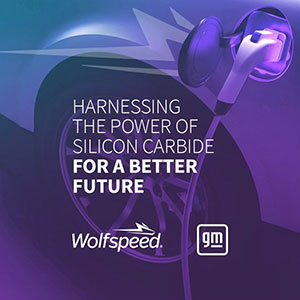 Tesla, Lucid and Hyundai Motor Group currently use silicon carbide in their EVs, but GM does not, said Sam Abuelsamid, principal Analyst E-Mobility at Guidehouse Insights in Detroit.

“Adoption of silicon carbide is a key move to improving the overall energy efficiency of EVs,” Abuelsamid said. “Efficiency is key to improving the range of EVs because you want to be able to extract every mile of range from each kilowatt of stored electricity.”

Silicon carbide allows an automaker to either get more overall range or maintain the same range, but with a smaller, lighter battery that will reduce the cost, Abuelsamid said. Basically, EVs use alternating current motors and when the car is braking, the regenerated energy coming from the motor has to be converted from AC back to DC to store in the battery. The efficiency gain silicon carbide delivers comes from reduced heat generation when switching between the two, he said.

Abuelsamid said using silicon carbide will boost EV range by about 8% to 10%. That means an EV with 250-mile range would increase to 270-275 miles of range on a single charge.

Similarly, a four-hour charge time would drop by about 20 minutes. When AC charging at home or on a level 2 public charger, silicon carbide is more efficient, Abuelsamid said, “and more of the energy ends up in the battery and you’ll get full charge sooner. For DC fast charging, electricity flows straight to battery so won’t make a difference.”

“It’s not earth-shattering improvements, but every little bit helps in getting EVs to be more convenient and affordable,” Abuelsamid said.