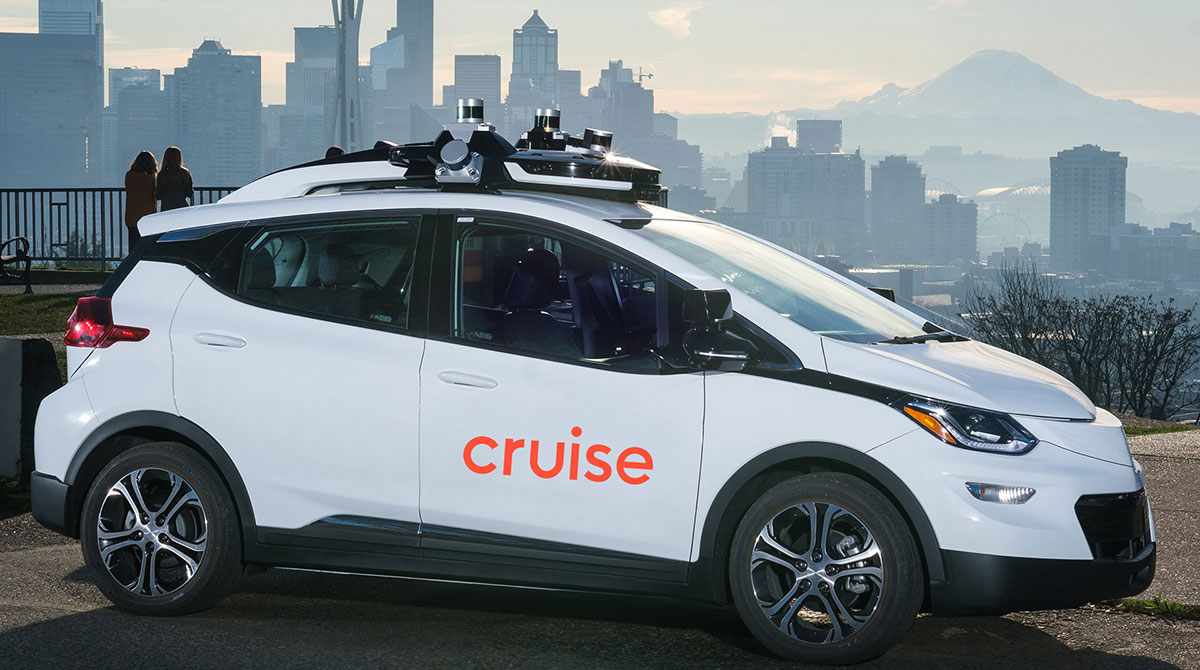 Cruise, the autonomous vehicle startup majority-owned by General Motors Co., will tell investors this week that it sees a path for its ride-hailing business to reach $50 billion in revenue as the company ramps up over the next couple of years, people familiar with the matter said. GM’s shares jumped.

Cruise CEO Dan Ammann is expected to say the company plans to charge for rides as soon as next year and could expand the business in 2023 if Cruise gets the green light from the California Public Utility Commission. Cruise will take a starring role this week as GM makes its case to investors Oct. 6-7 that its push into electric vehicles, self-driving software and connected technologies will soon start increasing the automaker’s revenue, said the people, who asked not to be named because the details haven’t been revealed.

Charging for self-driving vehicle services would be a significant step for Cruise and others that have spent billions trying to get autonomous technology ready and regulatory permission to run cars without a human safety driver. Technological progress and establishing approvals for robotic driving have taken longer than anticipated, making revenue elusive for startups. Cruise had to back off plans to deploy robotaxis in 2019 because it needed more time for performance and safety checks.

Cruise hopes to start charging for rides next year with a modified version of the Chevrolet Bolt electric car. Ammann is expected to say that if the Public Utility Commission approvals are obtained, the company could start offering shared ride services in 2023 with its Origin autonomous shuttle, which will be built alongside the Hummer EV and electric Chevrolet Silverado pickup in GM’s Detroit-Hamtramck plant.

Ammann is expected to show how Cruise can increase revenue to $50 billion or more and provide analysts with details on cost per mile to consumers. The presentation will show how some big-name companies took years to get to that kind of revenue, the people said.

GM’s presentation will include updates on the automaker’s electric vehicle plans, its SuperCruise driver assist feature and how it will use its Ultify software platform to bring in more revenue from app-based services in cars.

This week’s presentation won’t just focus on GM’s plans and technology, the emphasis will be on how the automaker plans to start increasing revenue and profit with new vehicles and business lines. After paring the size of the core auto business overseas, CEO Mary Barra will lay out a road to growth.

Part of the investor presentation will show how GM can offer services like SuperCruise, which enables hands-free driving on the highway, can bring in recurring subscription revenue.

Cruise plans to expand its services beyond San Francisco with four- to six-passenger Origins eventually, but needs permission from the National Highway Traffic and Safety Administration to put the shuttle on public roads. The vehicle needs a government exemption because it has no steering wheel or manual controls. The company is working toward submitting a permit application with NHTSA.

The timing for the planned announcement on fares makes sense for Cruise. The California Department of Motor Vehicles last week gave the company a permit to charge fees for autonomous vehicle services. That means Cruise can operate delivery services for a fee using its self-driving cars without a safety driver. All autonomous vehicle operators need approval from the Public Utility Commission to charge passengers for rides in the state.

Alphabet Inc.’s Waymo self-driving vehicle unit is collecting fares in the Phoenix area and has a permit to operate autonomous vehicles with a safety driver in parts of San Francisco and San Mateo counties, the California DMV said last week.

Big thanks to @CA_DMV for recognizing the safe progress we’re making with our #WaymoDriver. We just started rider testing in SF, and this new permit will help us build on our efforts to bring our AV technology to many more CA residents. https://t.co/R1hhSgwNcH

Cruise announced a deal to offer rides in Dubai in 2023. The company also acquired startup Voyage in March in an effort to bring in tech talent.

Ammann was president of GM and went to Cruise to prepare self-driving technology for commercialization. Since then, he has been expanding the company by hiring more technology experts. Earlier this year, he named former Delta Air Lines Inc. executive Gil West as chief operating officer.