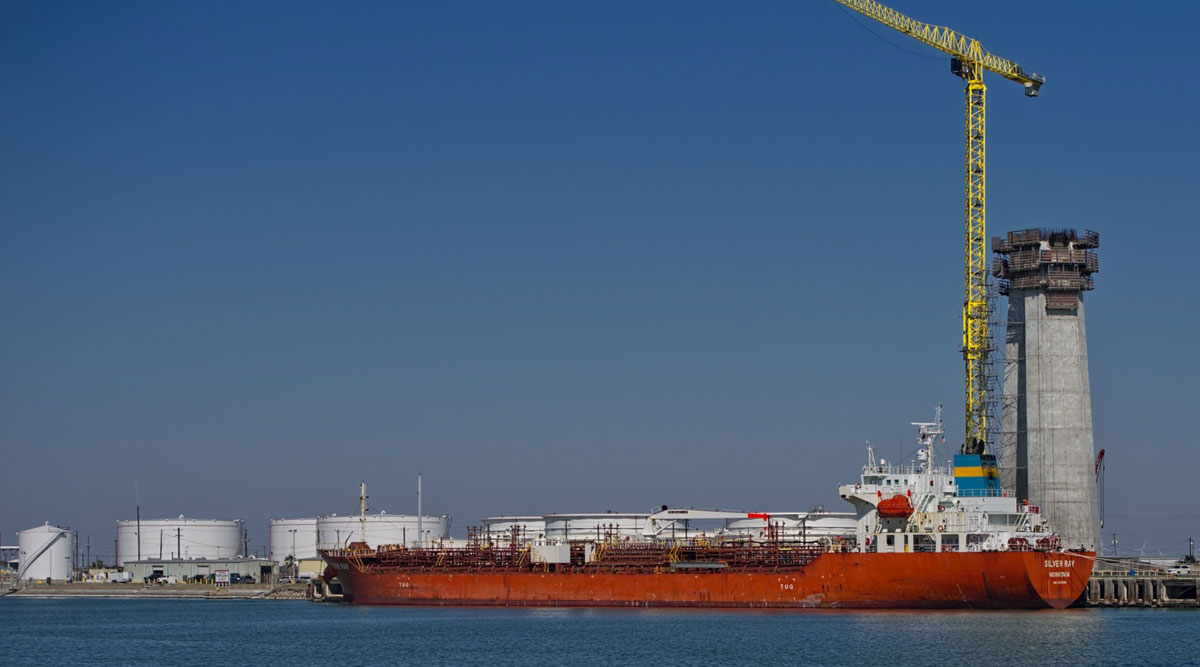 An oil and chemical tanker sits at the Port of Corpus Christi in Texas on Feb. 19. (Eddie Seal/Bloomberg News)

Times are getting tougher by the day for oil tanker owners.

With too many vessels to haul fuel, losses for supertankers on a benchmark Middle East-to-China route deepened to $6,779 a day on March 9. That’s the weakest earnings since at least 2017 and effectively means vessel owners would be subsidizing the transport of oil on that route.

Tanker rates have been hit by a host of factors. First, the Organization of Petroleum Exporting Countries and its allies are withholding near-record amounts of oil, and surprised the market last week by extending that strategy into April. There’s also an oversupply of ships, which has been compounded by the unwinding of volumes of crude stored at sea. For much of last year, those volumes kept tankers off the market, and sent daily earnings soaring. 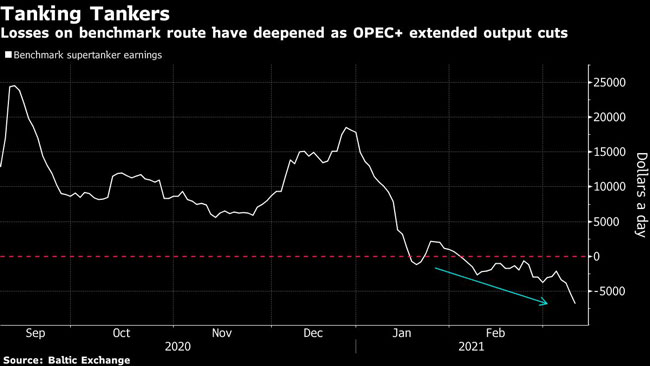 “The decision from OPEC to extend the production cuts certainly did not do the short-term market any favors as volumes will continue to underwhelm,” Fearnley Securities analysts including Espen Fjermestad wrote in a report.

Still, there’s logic to owners taking unprofitable cargoes. Oil tankers receive so-called approvals from the companies that hire them. So if a ship spends a long time without being chartered, those approvals can be jeopardized.

OPEC+ Agrees on Gradual Easing of Oil-Output Cuts Next Year