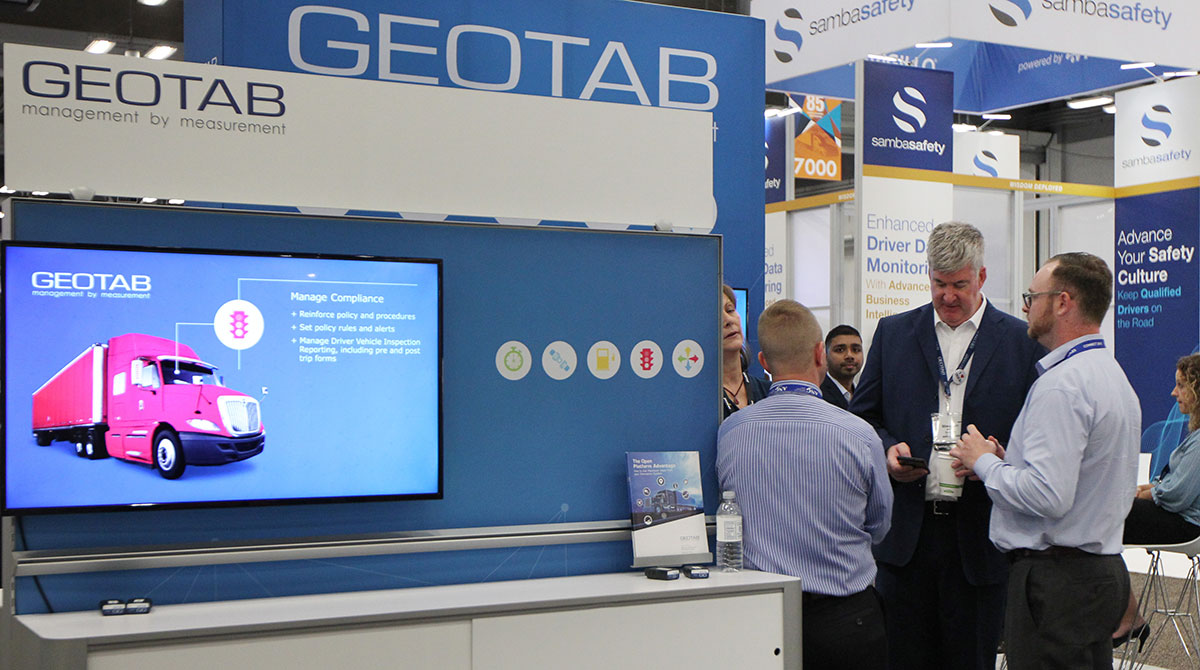 A Geotab booth at an industry show. (John Sommers II for Transport Topics)

The Oakville, Ontario-based company, founded in 2000, announced the milestone on Aug. 23.

“In January 2020, we announced that Geotab had achieved its goal of becoming the first telematics company to achieve 2 million connected vehicles built on a single, open platform,” said Geotab CEO Neil Cawse. “Two years later, despite the disruption of a global pandemic, we have reached another significant milestone by adding a further 1 million net new subscriptions.”

Geotab sells its products through a network of authorized resellers. — Transport Topics

How to Bring Costs for Alternative Vehicles Under Control