No EZPass? State Hopes to Bill You by Mail 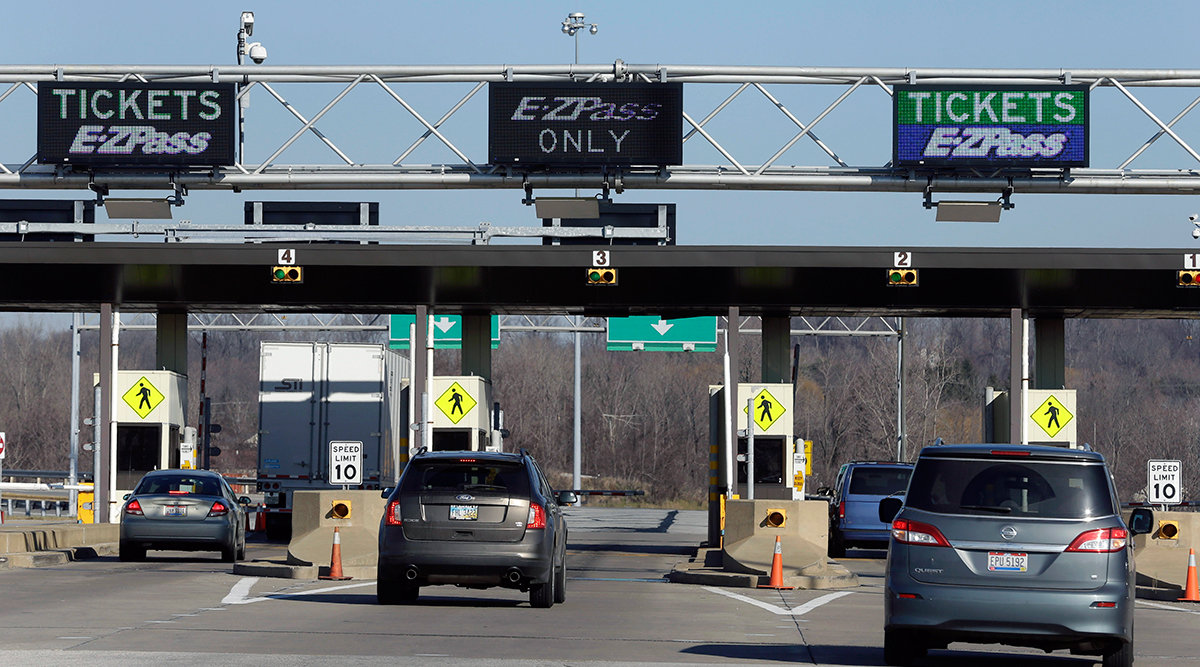 COLUMBUS, Ohio — The Ohio Turnpike is looking for new legal power to bill freeloading drivers as it prepares to institute no-stop, electronic toll lanes as part of a modernization plan it hopes will speed up traffic across the state.

Senate Bill 162 would allow the turnpike to issue first- and second-notice bills to drivers who drive through the planned “open road” gateless lanes without the electronic EZPass radio transponder used to automatically pay electronic tolls. Turnpike officials plan to open the new lanes, some of which drivers could zoom through at highway speeds, instead of stopping at gates like they do now, beginning in 2023.

The proposed law change, which unanimously cleared the Senate in June and now goes to the House for consideration, would set up an appeals process through which drivers could first visit the turnpike offices in Berea, and then the Cuyahoga County Common Pleas Court, to contest having to pay.

If the law change is approved, turnpike officials would identify drivers who don’t pay through cameras that would snap a picture of the vehicle’s license plate, and use it to mail them a bill. A list of drivers with unpaid tolls would be provided to the Ohio BMV, which then would block registration renewals until they’re paid. The gateless lanes would operate alongside traditional, gated lanes manned with human toll workers, although turnpike officials say the long-term plan is to completely automate the toll-taking process.

Anything we can do to improve the efficiency of our industry is something that we support.

Officials said the changes are necessary as the turnpike gears up for its modernization plan, which has been years in the making. The idea is for the road to be faster, allowing vehicles to cross the state without ever stopping, and more convenient for customers, turnpike officials said.

“This legislation will protect the commission’s ability to remain fiscally sound, by ensuring it has the ability to collect tolls, and prevent customers from abusing the new modernized system that has thus far been four years in the making,” Ferzan Ahmed, the turnpike’s top administrator, told state lawmakers at a committee hearing in June.

Eventually, the turnpike aims to set up the highway-speed, gateless lanes for the entire 241-mile toll road. Part of the reason they aren’t doing so initially is so they can adjust economically, since they expect to not be able to collect all the tolls from people who drive through the lanes without paying.

Tom Balzer, president of the Ohio Trucking Association, said the trucking industry is eager to see electronic tolling. He said the roads are busier than ever, even with some of the hiccups associated with the coronavirus pandemic.

“Anything we can do to improve the efficiency of our industry is something that we support,” he said.

Turnpike officials say the changes will cost up to $232 million, while saving $257 million in operating costs over 30 years, due to the reduction in plazas and phasing out of employees. The plan is for the turnpike to eventually adopt completely electronic tolling, but in the immediate future, turnpike officials say any reduction in the Turnpike’s 274 human toll collectors will happen through attrition or transfers, not layoffs.

The new system is under construction, and assuming the law change passes, expected to be open to drivers in spring of 2023, according to Ahmed.