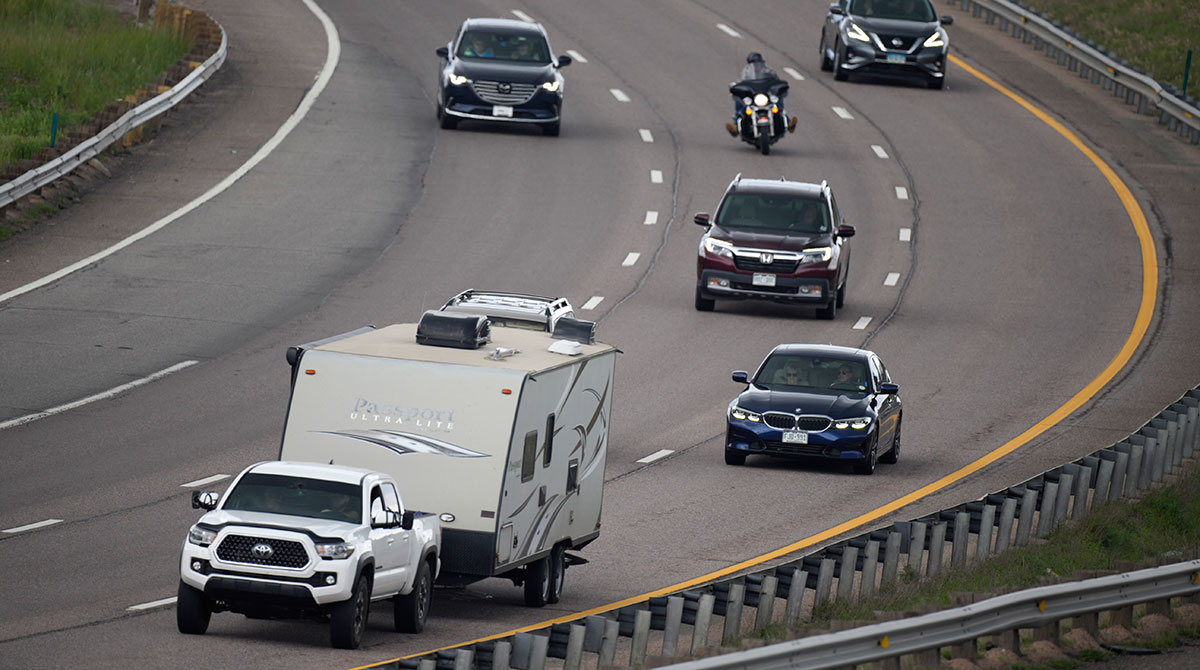 Motorists head east along Interstate 70 on July 1 to get an early start on the Fourth of July holiday weekend near Golden, Colo. (David Zalubowski/AP)

U.S. gasoline consumption in the week leading up to the Independence Day holiday may have been the highest since 2019, adding to signs of recovery from the pandemic travel slump, analysts said.

Demand for the week ended July 2 was probably about 9.6 million barrels of gasoline per day based on retail sales, with the strongest growth in the Rocky Mountains, said Patrick DeHaan, head of petroleum analysis at GasBuddy. That would be the highest since September 2019, and compares with a national moving average in early July 2019 of 9.7 million barrels a day.

The Energy Information Administration is due to report consumption figures July 8. Demand for gasoline at U.S. rack locations, the last stop in the supply chain before the pump, appeared to rise robustly at the end of last week, on some days challenging summer 2019 levels, according to a market participant. Demand consistently beating the market of two years ago would suggest completion of a major step in oil’s recovery from the slump, analysts said.

Total July 4 gasoline demand (Wed-Mon) was up 5.8% from the same period over Memorial Day.

“There was a lot of concentrated driving through the holidays with the reopening of the economy and the vaccinations continuing to be rolled out,” said Andy Lipow, president of Lipow Oil Associates in Houston. “I think we saw the Fourth of July demand about where it was before the pandemic and once we get through the rest of the summer, we’ll see demand about 3 to 4 percentage points below where it was ahead of the pandemic.”

Gasoline consumption fell to as low 5.3 million barrels a day in April of last year, when pandemic shutdowns crimped travel.

The rise in demand, combined with the lack of any recent OPEC+ agreement on supply, has helped pushed up gasoline prices. Cash-market gasoline at Houston hit a four-month high on July 6, and the national average retail price has risen more than 6 cents a gallon since June 19 to reach $3.13 a gallon, the highest since 2014.