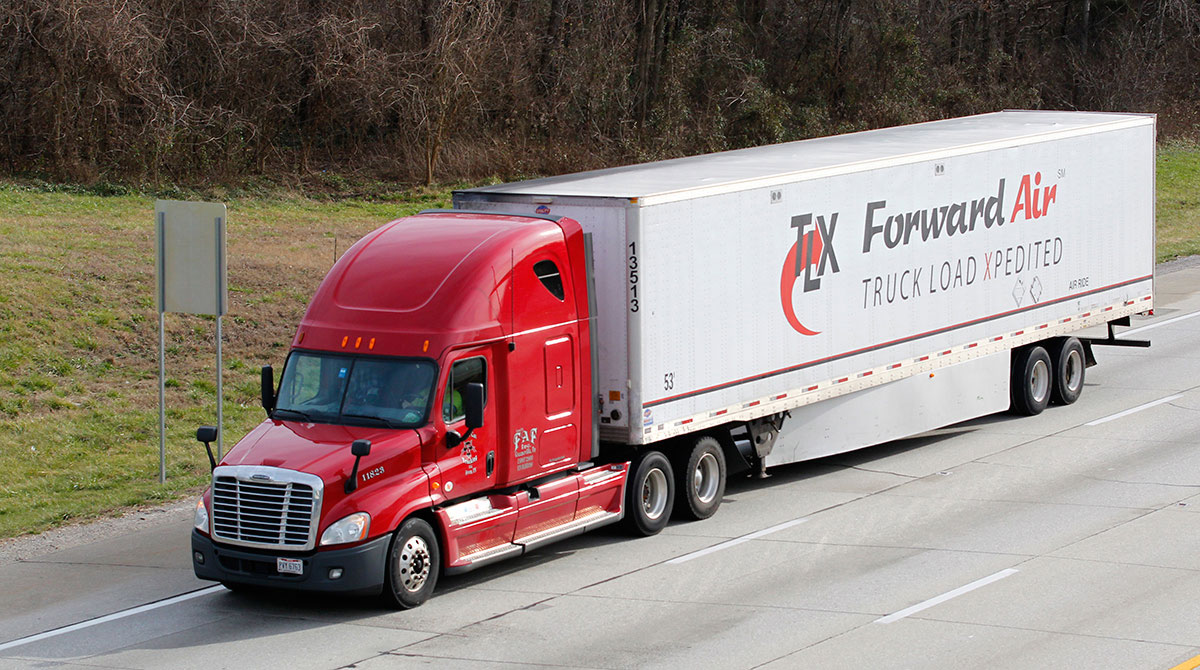 The Greeneville, Tenn., ground transportation and logistics services company posted net income of $16.7 million, or 60 cents a diluted share, for the three months ending March 31. That represents a 46.4% increase from the same time last year at $11.4 million, 41 cents. The operating revenue increased by 18.5% to $362.2 million from $305.6 million.

The results surpassed expectations by investment analysts on Wall Street, which had been looking for 56 cents per share and quarterly revenue of $341.37 million, according to Zacks Consensus Estimate. “Our growth strategies drove our record first-quarter revenue, which came in above the high end of our guidance range,” Forward Air CEO Tom Schmitt said in a statement. “Business momentum continued during the quarter and accelerated in March, when our LTL business achieved an operating margin higher than in March of peak economy year 2018.”

“We also experienced an estimated $0.06 impact in February from adverse weather,” Schmitt said. “When adjusting for this approximate $0.26 total impact, we believe the underlying performance of our business during the first quarter greatly exceeded what we expected in our first-quarter guidance.”

The intermodal segment reported that operating revenue for Q1 increased 11.5% to $58.5 million from $52.5 during the same time last year. Income from operations increased 21.4% to $4.5 million from $3.7 million.

Forward Air ranks No. 29 on the Transport Topics Top 100 list of the largest for-hire carriers in North America and No. 1 on the Air/Expedited sector list.