Former Football Player Sees Success Off the Gridiron at ITS Logistics 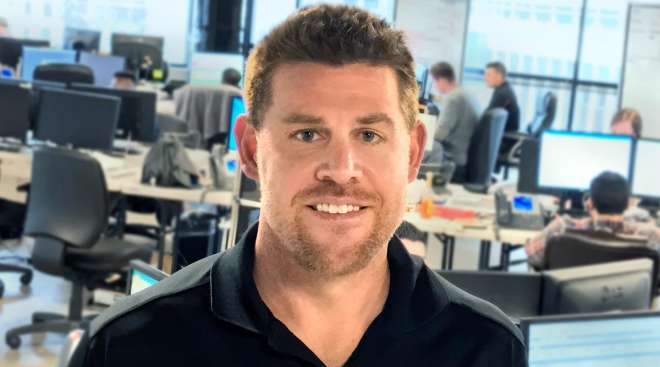 Mike Crawford, a retired player in the National Football League, has been promoted to run freight brokerage at ITS Logistics.

He previously was the general manager of the ITS brokerage unit. Under his leadership, the division broke $70 million in gross revenue in 2016. He joined ITS in 2012 in the sales department of the dedicated and expedited transportation division. He took over the freight brokerage division in January 2013.

“Under Mike’s energetic leadership, our freight brokerage division has had a truly astounding streak of growth and success” said Greg Sanders, CEO of ITS Logistics. “In the past five years, he has taken it from a simple support service for our asset-based fleet and built it into the one of the best freight brokerage companies in the country. We expect big things from Mike as he continues to turn ITS into a major player in the North American freight brokerage market.”

Crawford played football for the Miami Dolphins and Minnesota Vikings in three NFL seasons before he decided to retire in 2002 over worries about his long-term health. He then ran businesses in real estate, mortgage banking and logistics.

“I’m humbled to be promoted to president at ITS Logistics and grateful for the opportunity I have been given,” Crawford said. “We’ve accomplished so much in the last 4½ years. Our team is second to none, and we have some of the best training in our industry."

ITS National, the legal name for ITS Logistics Freight Brokerage Division, ranks No. 60 on the Transport Topics freight brokerage sector list.