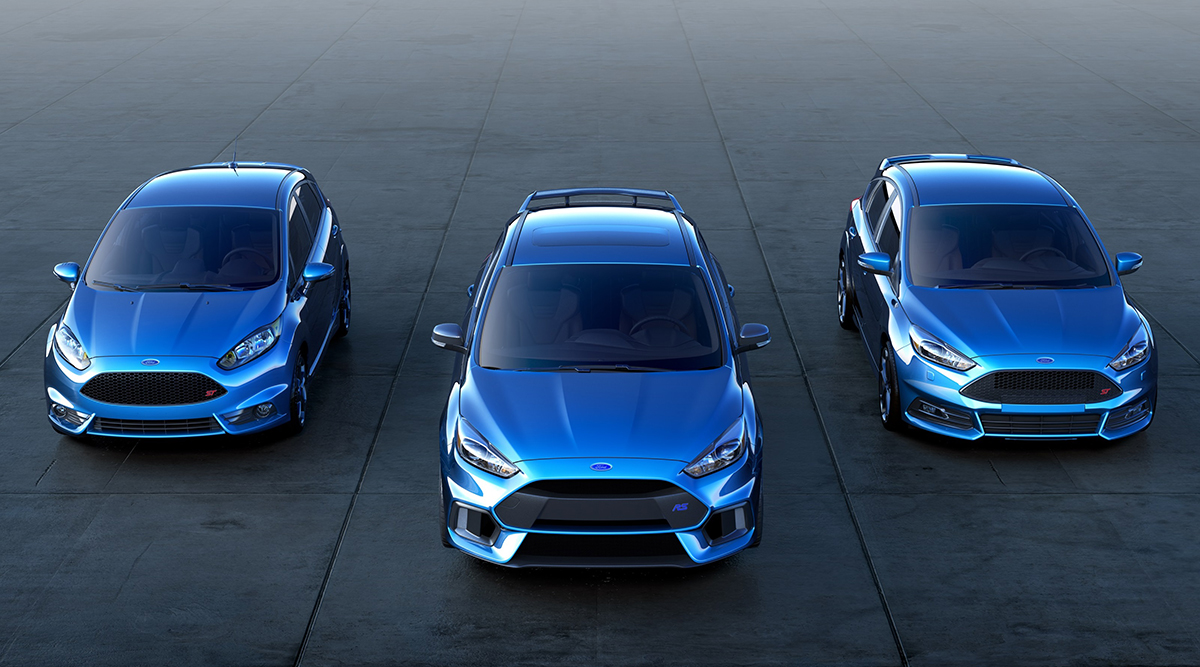 Ford Motor Co. is cleaving an additional $11.5 billion from spending plans and dropping several sedans, including the Fusion and Taurus, from its lineup to more quickly reach an elusive profit target.

The automaker is almost doubling a cost-cutting goal to $25.5 billion by 2022, Chief Financial Officer Bob Shanks told reporters April 25. By not investing in next generations of any car for North America except the Mustang, the company now anticipates it will reach an 8% profit margin by 2020, two years ahead of schedule.

Ford is trying to kick-start a turnaround that’s yet to take hold almost a year after the board ousted its CEO. Getting rid of slow-selling, low-margin car models and refocusing the company around more lucrative trucks and SUVs is a crucial element of new CEO Jim Hackett’s rebound bid. By 2020, almost 90% of Ford’s North American portfolio will be pickups or sport utility and commercial vehicles.

“We’re going to feed the healthy part of our business and deal decisively with areas that destroy value,” Hackett said on an earnings call April 25. “We aren’t just exploring partnerships; we’ve now done them. We aren’t just talking about ideas; we’ve made decisions.”

Hackett, 63, is choosing a route similar to the one Fiat Chrysler Automobiles NV used to pass Ford in North American profitability. Fiat Chrysler CEO Sergio Marchionne killed off the Dodge Dart and Chrysler 200 sedans and retooled the factories that had been making them to build Jeep SUVs and Ram pickups instead. Marchionne now wants to eclipse General Motors Co.’s margins in North America before his retirement in 2019.

While scrapping several sedans continues to pay off for Fiat Chrysler — the Italian-American automaker almost halved net industrial debt in the first quarter — the moves aren’t without risk for Marchionne or Ford’s Hackett.

Both are counting on gasoline prices remaining low. In the long term, abandoning car segments could turn out to have been the wrong move if the Trump administration’s plans for weaker mileage standards don’t last long after his presidency. And Japanese automakers also are likely to welcome less competition for some of their best-sellers, including the Toyota Camry and Honda Civic.

Ford’s profit margin should “bottom out” this year, Hackett said on the earnings call. The Asia Pacific region probably will lose money in the second quarter before returning to profit in the back half of the year. And executives said they’re reviewing strategic plans for South America, a market where Ford consistently has been losing money.

“Everything will be on the table” to fix the company, Shanks told reporters at Ford headquarters in Dearborn, Mich. “We can make different investments, we can partner, we can exit products, markets — and we will do that.”

A factor that’s been contributing to investor pessimism has been commodity costs, which Ford expects will be a $1.5 billion headwind this year. About $500 million of that came in the first quarter, Shanks said. The automaker began the year flagging to investors that pricier raw materials including steel and aluminum would contribute to profit declining in 2018.

The Mustang muscle car will be all that’s spared from Ford’s slashing of its sedan lineup in North America. The Focus nameplate will live on only thanks to an all-new crossover variant called the Focus Active coming next year.

That means the end of the road for slow-selling sedans such as the Taurus, Fusion and Fiesta. The automaker conspicuously left Lincolns Continental and MKZ sedans off its hit list, but since those models share mechanical foundations with Ford siblings, their futures also are in doubt.

“For Ford, doubling down on trucks and SUVs could be just what the brand needs,” Jessica Caldwell, an analyst for Edmunds.com, said in an e-mail. “But this move isn’t without risk: Ford is willingly alienating its car owners and conceding market share.”

Investors had been growing impatient for additional detail on the money-losing models Ford would ditch — and for signs its reorganization efforts would bear fruit.

“It’s not that the market has permanently given up on good news ever happening at Ford,” said David Whiston, an analyst with Morningstar Inc. who recently lowered his rating on the stock to the equivalent of a hold. “But most people aren’t expecting it until late 2019 or 2020, and that brings up the wild card of, ‘Will we be in a recession by then?’ ”

Hackett sought to assuage those concerns by promising “urgent” action.

“The hand-wringing that has been around in our business is gone,” he said. “We’re starting to understand what we need to do, and are making clear decisions.”