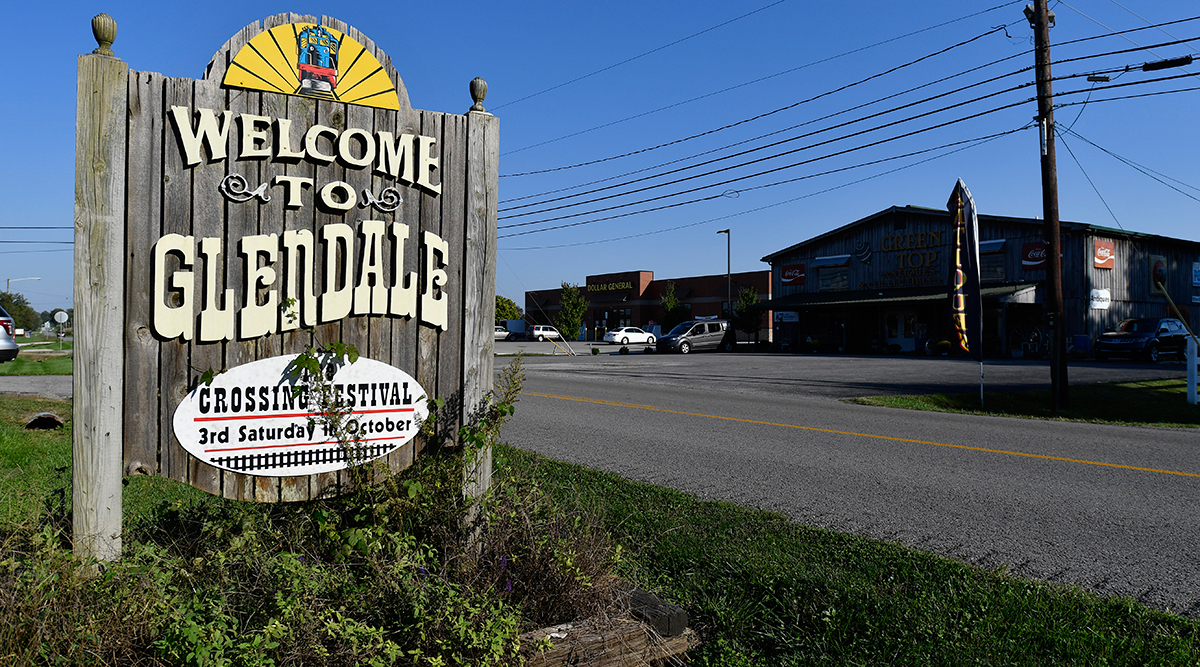 In the single largest manufacturing investment in its 118-year-history, Ford Motor Co. on Sept. 27 said it and a partner will invest $11.4 billion and create 11,000 new jobs to build electric vehicles and batteries at two new sprawling campuses in Tennessee and Kentucky.

In rural west Tennessee, Ford and battery manufacturing partner SK Innovation plan to build what would be called Blue Oval City. The massive campus would be situated on the Memphis Regional Supersite, a 6-square-mile greenfield site northeast of the city that the state of Tennessee and local officials have been working for years to prepare for large-scale development.

The news is a blow to Michigan’s claim to national leadership in the auto industry’s pivot to electrification, signaling that the home of the Motor City might lag rival states eager to tout their lower industrial power costs, larger tracts of land for manufacturing development and more moderate climates.

Ford claims the Tennessee complex will be among the largest auto manufacturing campuses ever built in the United States. The $5.6 billion site on the outskirts of a small town called Stanton will employ nearly 6,000 people and support production of the next generation of electric F-Series pickup trucks as well as batteries. 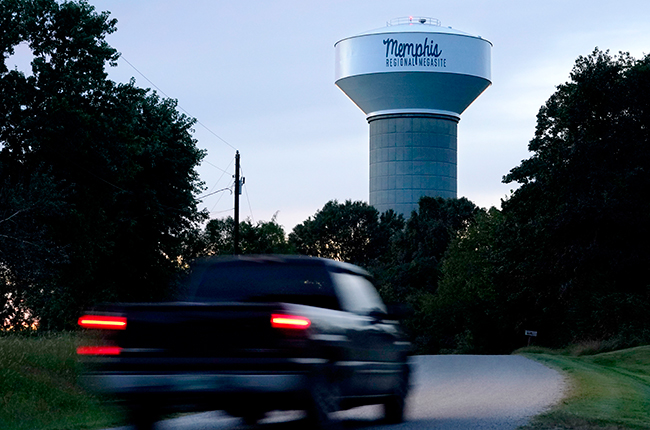 A truck drives down a rural road near a water tower marking the location of Ford's Memphis Regional Supersite, a $5.6 billion site on the outskirts of a small west Tennessee town called Stanton. (Mark Humphrey/Associated Press)

It’s envisioned to be what Ford describes as a “vertically integrated ecosystem” consisting of a vehicle assembly plant, a battery plant jointly operated by Ford and SK, as well as facilities for suppliers and battery recycling operations. Ford says the new assembly plant will be carbon neutral with zero waste to landfill when it’s fully operational in 2025.

“West Tennessee is primed to deliver the workforce and quality of life needed to create the next great American success story with Ford Motor Company and SK Innovation,” said Tennessee Gov. Bill Lee, a Republican, in a statement. “This is a watershed moment for Tennesseans as we lead the future of the automotive industry and advanced manufacturing.”

Meanwhile, Ford and SK — via their joint venture, BlueOvalSK — plan to build the $5.8 billion, 1,500-acre BlueOvalSK Battery Park in Glendale, Ky., a small town in the central part of the state. There, some 5,000 workers will be spread across two battery plants that will support future Ford and Lincoln EVs built at Ford’s North American assembly plants.

In a statement, Kentucky Gov. Andy Beshear, a Democrat, said the investment was the largest in the state’s history, and he added the project “solidifies our leadership role in the future of the automotive manufacturing industry. It will transform our economy, creating a better Kentucky, with more opportunities, for our families for generations.”

Production at the new facilities is slated to begin in 2025. Each of the three battery plants targets about 43 gigawatt hours per year of U.S. production capacity, for a total of 129.

In a statement, Ford Executive Chairman Bill Ford dubbed the move a “transformative moment where Ford will lead America’s transition” and said it will allow the company to “achieve goals once thought mutually exclusive — protect our planet, build great electric vehicles Americans will love and contribute to our nation’s prosperity.”

We’re building our first mega campus in more than a generation. The all-new mega campus just outside of Memphis, called Blue Oval City, aspires to have 100% renewable energy, zero waste to landfill, and reusing every drop of water, to ensure our planet is in it for the long haul. pic.twitter.com/O97N9X3ek2

Of the total investment, Ford will contribute $7 billion, which it says is its largest manufacturing investment ever. The automaker has said it expects 40% to 50% of its global vehicle volume to be fully electric by 2030.

The automaker also announced Sept. 27 that it will spend $525 million total in the U.S. over the next five years, starting with $90 million in Texas, to train skilled technicians to service digitally connected, electric vehicles.

The investments come amid a recent acceleration of Ford’s push toward electrification. In May, Ford announced the joint venture with SK, and that it would increase its investment in electrification to $30 billion through 2025.

Last week, Ford announced a $50 million investment in and partnership with a major battery recycling company. And earlier this month, the company said it would spend an additional $250 million to boost production of the forthcoming Michigan-built battery-electric F-150 Lightning due to higher-than-expected demand. 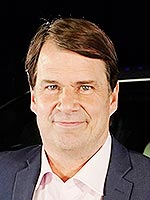 Ford CEO Jim Farley said the site-selection process for the new EV and battery projects was not long but comprehensive, comprising hundreds of sites across the country. The moves mark an expansion of the automaker’s footprint in Kentucky, where it operates two assembly plants, and a new presence in Tennessee.

The ultimate decision came down to several factors. Chief among them: weather, energy costs, economic incentives and the availability of skilled labor. Also critical was the availability of large sites to accommodate the sprawling campuses envisioned by Ford.

“When you did all that math, it got to ... anywhere from Michigan, Ohio, Kentucky, all the way to Tennessee — that area,” Farley said. “We were open to all locations, but when we did the scorecard, it became very clear.”

He added: “We didn’t do it state-by-state; we literally did it site-by-site. And we scored all the sites, we went and looked at them. It was a very thorough, arduous process with things that we never considered before, like energy costs.”

State and local officials in Tennessee, accustomed to seeing a growing automotive presence in central and southeastern portions of the state, have been preparing the Memphis Regional Supersite for such a project for years.

“There’s been quite a bit of money invested,” said Mark Herbison, president and CEO of HTL Advantage, an economic development organization that represents Haywood, Tipton and Lauderdale counties in west Tennessee.

“We relocated the state highway and four-laned it. We built a new interchange at the interstate. We have built one of three million-gallon water towers that’s going to be located on the site,” he said. A new sewer system is being installed, and work recently was completed on an on-site emergency management station that will be staffed by paramedics and firefighters.

Blue Oval City will be built on what’s known as the Memphis Regional Supersite, located about 50 miles northeast of Memphis and 40 miles southwest of Jackson, Tenn. The site is located in Haywood County, which is unincorporated save for two towns: Stanton and Brownsville, the county seat.

The county has a population of just over 17,000 people, according to the U.S. Census Bureau. But it borders Tennessee’s most-populous county, Shelby, home to Memphis and nearly 1 million residents.

Local economic development and government officials tout the Supersite’s size — they believe it’s one of the largest industrial sites in the country — and its location, just off Interstate 40 and close to a freight railroad. They also tout the infrastructure that’s been put into place to support development there, including electricity supplied by the Tennessee Valley Authority utility company, and its proximity to the urban workforces of Memphis and Jackson.

HTL Advantage recently commissioned a labor analysis from the same company that studied the labor market ahead of Toyota Motor Corp.’s decision in the 2000s to locate a plant near Tupelo, Miss., which is less than a two-hour drive from Haywood County. The study, Herbison said, found that within a 45-minute drive of the site, there are about 1 million people, some 200,000 of whom have automotive manufacturing skills and another 200,0000 with skills needed to work in battery manufacturing.

“You’ll have people that will live all over the region coming to work at the site,” he said. “We’ve got a large, abundant urban workforce.”

The workforce has been bolstered, too, he said, by Tennessee’s investments in vocational training and a free community college program. Still, the campus would be the region’s first vehicle assembly plant operation, he said, though west Tennessee is home to some automotive suppliers and other large manufacturers.