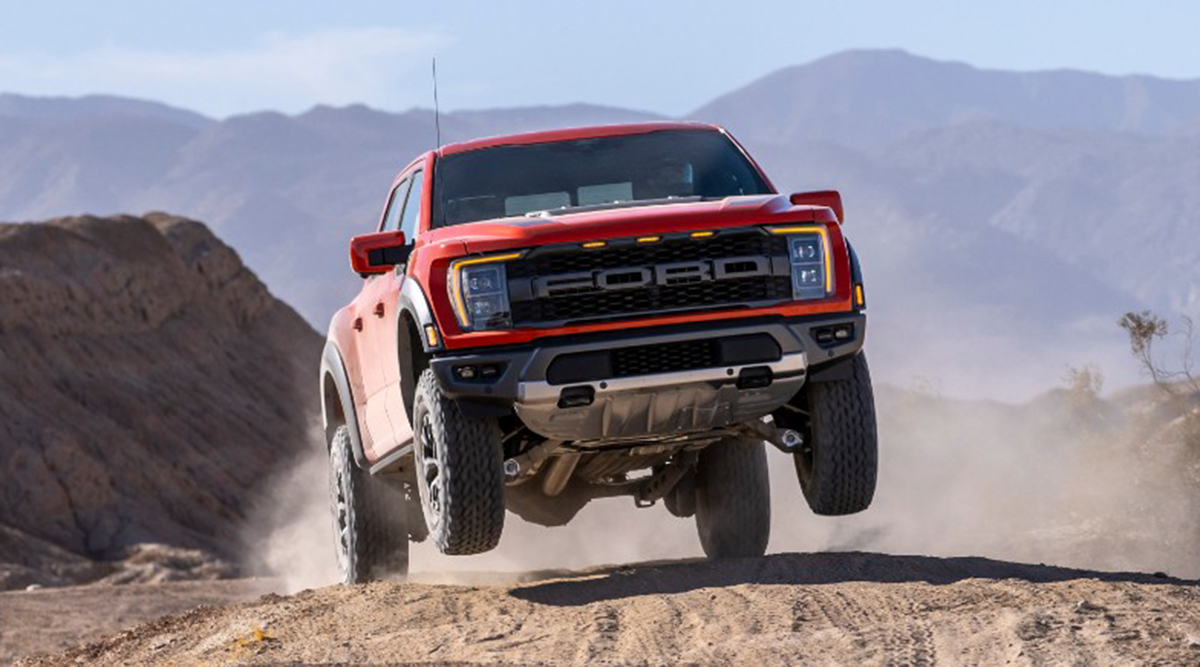 Ford will produce what it calls its most off-road capable and connected F-150 Raptor ever. (Ford Motor Co.)

With new competition nipping at its wheels, Ford Motor Co. has overhauled its rugged F-150 Raptor model, a pricey and profitable pickup the company calls its “trophy truck.”

The 2021 Raptor coming this summer will be outfitted with a beefier suspension, optional 37-inch tires and a twin-turbo V6 engine for high-speed off-roading, the company said in a briefing. On the style side, the truck, originally inspired by the fleet-footed dinosaur, will feature design cues from the F-22 Raptor fighter jet and a “throatier” engine growl, Ford said.

The Dearborn, Mich.-based automaker is protecting its flank and its riches in the high-end truck market, which is about to be overrun with new entries including the V8-powered Ram 1500 TRX from Fiat Chrysler, now a unit of Stellantis NV, as well as a trio of highly anticipated electric pickups: the Tesla Cybertruck, GMC Hummer and Rivian R1T. The F-150, the best-selling vehicle in the U.S., is Ford’s biggest money maker.

The Raptor, built atop the mechanical foundation of the redesigned F-150, has given Ford street cred among a growing cadre of wealthy truck buyers looking to make a bold statement. It also has filled the company’s coffers, with prices starting at $53,455 for the current model and climbing much higher. Ford hasn’t released pricing yet on the 2021 version.

“Recreational off-road is a very hot segment right now,” said David Whiston, an auto analyst at Morningstar Inc. “Raptor has been a part of that for a while now. It’s a higher-priced truck with good margins.”