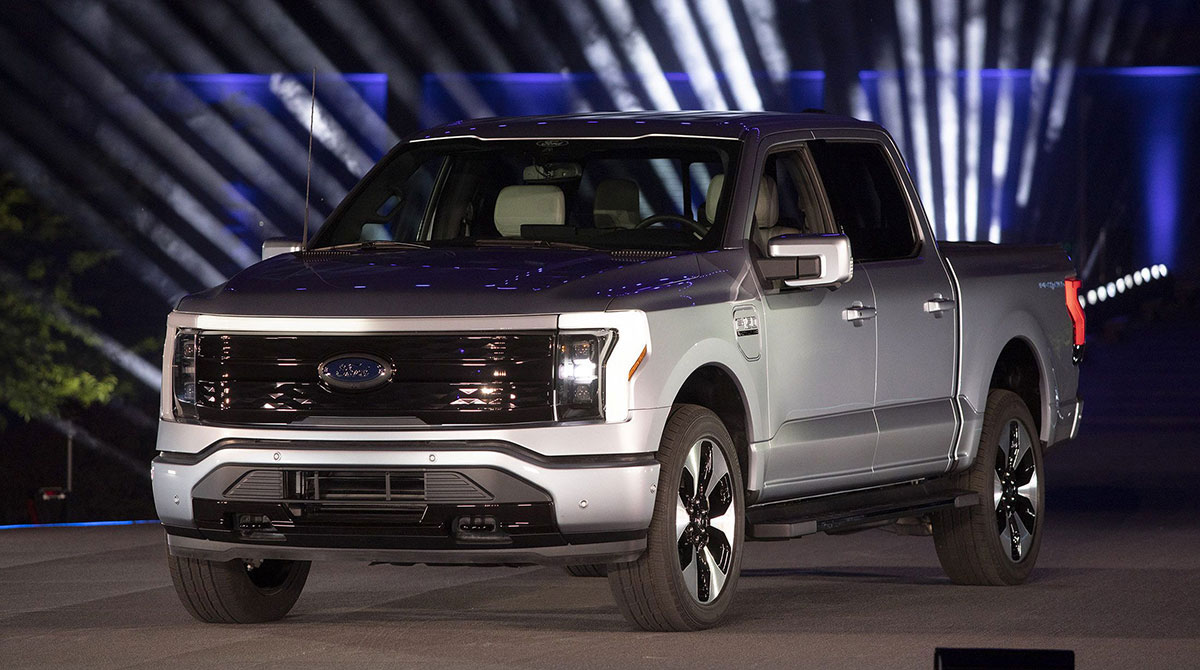 In the rural Michigan community where Nicholas Schmidt lives, pickup trucks are a way of life.

On May 26, Schmidt and the city he calls home — Standish, Mich., population less than 1,500 — made history with the handover of a key fob. He became owner No. 1 of Ford Motor Co.’s first electric pickup, the F-150 Lightning.

Schmidt, the chief technology officer of a grid optimization startup, said the Lightning will replace the gas-powered F-150 that has been in his driveway. For Ford, he’s a customer right out of central casting: a Tesla Model 3 owner who had a deposit down on the Cybertruck and considered a Rivian R1T.

“When I bought the Tesla a few years ago, my family was real apprehensive, as farmers, just not buying into it,” said Schmidt, 38. “So when there were pickup trucks coming out that were going to be EVs, I said, ‘whichever one comes first, I’ll buy it.’ ”

It’s difficult to overstate the significance of Ford fully electrifying what has been America’s best-selling vehicle for 40 years running. The automaker sells around 900,000 F-Series trucks in good years, generating more than $40 billion in revenue. In a Bloomberg Businessweek cover story last month, CEO Jim Farley likened the Lightning’s arrival to the days Ford was rolling out the Model A, the successor to the first affordable automobile.

Tesla’s meteoric rise to far and away the world’s most valuable automaker has put Ford and other established automakers on their back foot the past few years. While it didn’t exactly go to plan, the debut of the Cybertruck in November 2019 was a shot across the bows of Detroit’s biggest moneymakers.

Schmidt remembers putting in a reservation for a Cybertruck and showing up to the family’s Thanksgiving celebration that year. “Nobody could believe it because it was the ugliest thing they’d ever seen,” he said. “But it was $100 and I figured, you know, what’s the worst that could happen?”

Based on his familiarity with Tesla’s battery packs and the motor configuration, he suspected the Cybertruck will be fine at towing, and had the sense watching Elon Musk’s presentation of a prototype that it would be plenty big enough. His wife hated the idea of the Tesla truck and was relieved when Ford’s Lightning made it into production first.

For all its historical significance, Schmidt said the family won’t treat their F-150 Lightning — in silver, to match their Airstream — like an artifact.

“We live in the woods, and I’m looking at a cornfield next to me here that was planted,” he said. “We’ll be chopping wood and hauling stuff back and forth, as well as towing a trailer. We plan on using it as a truck.”