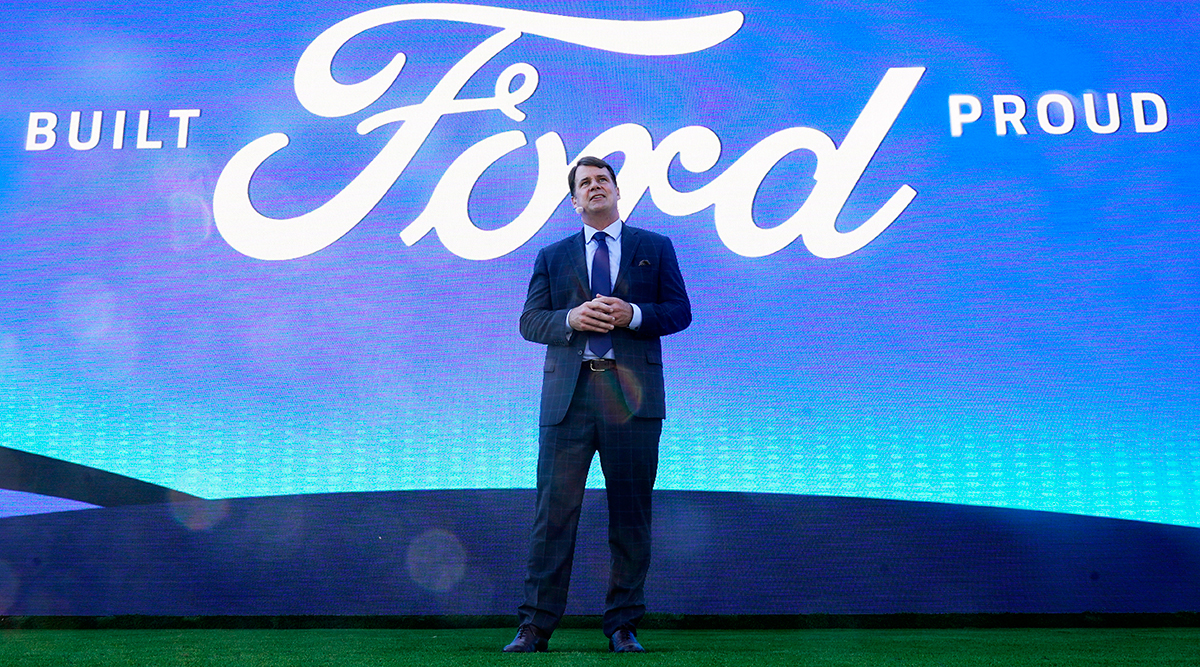 DETROIT — Ford Motor Co. CEO Jim Farley says the automaker has no plans to spin off its electric vehicle or internal combustion businesses, but is reinventing itself by removing costs and ramping up for large-scale EV and software sales.

But to do that, Ford needs radically different human talent than it now has, Farley said in a surprisingly candid interview with analyst Rod Lache. He also said the company has too many people and too much complexity, and it doesn’t have the expertise to transition to battery-electric vehicles.

But “I can’t turn to the ICE organization and say ‘go be Tesla.’ They may do it on the (auto) body. They may do it in plant operations, but that’s not good enough,” he said, without giving specifics of what changes are coming.

Ford has only 15% of the market in the U.S., so the transition to battery vehicles is a chance to attract new customers. But Farley said it needs to make the buying process simple and all online, with no inventory in the system and home deliveries of the vehicles.

Ford’s distribution costs are $3,000 to $4,000 higher than Tesla’s, Farley said, and is seeking to close that gap by attracting new talent with those skills.

Neither Ford’s internal combustion business nor its electric vehicle operations earn as much profit as they could, Farley said. The company needs more talent to lower structural costs and raise quality in its ICE business, and cut the cost of materials for electric vehicles, he said.

The company also can differentiate itself by doing online software updates so that customers understand how their vehicle is changing, and it needs to keep service customers so if they have a fender bender or a problem develops in four or five years, they can stay within a simple Ford system, Farley said.

He said also the company is working hard to secure raw materials such as lithium and nickel to make EV batteries, and to expect more announcements in the coming months.

Bloomberg News on Feb. 18 reported that Ford is looking at ways to separate its electric vehicle business from its legacy combustion operations to earn the kind of investor support enjoyed by Tesla.

“We have no plans to spin off our electric business or our ICE business,” he said. “It’s really more around focus and capabilities, expertise and talent.”