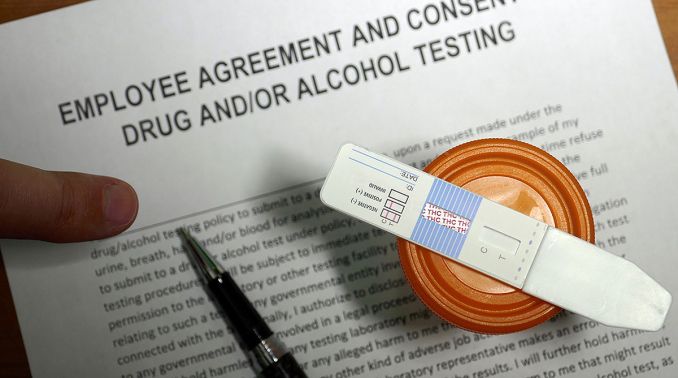 Federal trucking regulators have extended through Sept. 30 a waiver from certain pre-employment drug testing requirements for truck drivers during the COVID-19 emergency.

“In response to the COVID-19 public health emergency, many employers have imposed layoffs, furloughs or otherwise temporarily removed employees from performing safety-sensitive functions, resulting in their removal from the random pool for controlled substances and alcohol testing for a period greater than 30 days,” the Federal Motor Carrier Safety Administration said in the waiver announcement, dated June 5.

“As employers begin calling these drivers back to work, they will incur the cost of conducting pre-employment controlled substances testing before using these drivers to perform safety-sensitive functions,” the agency said. “The administrative and cost burdens of pre-employment testing for furloughed drivers outside the random testing pool for more than 30 days falls on motor carrier employers at the very time they are attempting to return to expanded levels of operation.”

FMCSA has extended its nationwide emergency declaration to July 14, 2020 and has modified what is covered under this extension. This extension was based on feedback from industry & our safety partners. Learn more here: https://t.co/tvI3e8ejxZ pic.twitter.com/Cle5sSSIWe — FMCSA (@FMCSA) June 9, 2020

As a result, the agency said it finds that temporary regulatory relief from this burden will aid in the economic recovery of motor carriers impacted by COVID-19 without negatively impacting safety. FMCSA also concludes that the waiver will aid in the nation’s overall economic recovery by enabling the efficient resumption of the transportation of people and cargo throughout the United States.

The extension is in response to a May 19 executive order issued by President Donald Trump calling on a policy to “combat the economic consequences of COVID-19 with the same vigor and resourcefulness with which the fight against COVID-19 itself has been waged.”

The order calls on agencies to address this economic emergency “by waiving or providing exemptions from regulations and other requirements that may inhibit economic recovery consistent with applicable law and with protection of public health and safety.”

The waiver said that if a pre-employment controlled substances test is unable to be conducted, a prospective employee cannot be allowed to perform DOT safety-sensitive functions until a negative pre-employment test result is received, unless there is an exception.

That exception applies to drivers who:

• Have participated in a controlled substances testing program that meets the requirements of the regulation within the previous 30 days.

• Were tested for controlled substances within the past six months from the date of application with the employer.

• Participated in the random controlled substances testing program for the previous 12 months from the date of application.

Another exception is when the employer ensures that no prior employer of the driver of whom the employer has knowledge has records of a violation of this part or the controlled substances-use rule of another Department of Transportation agency within the previous six months.