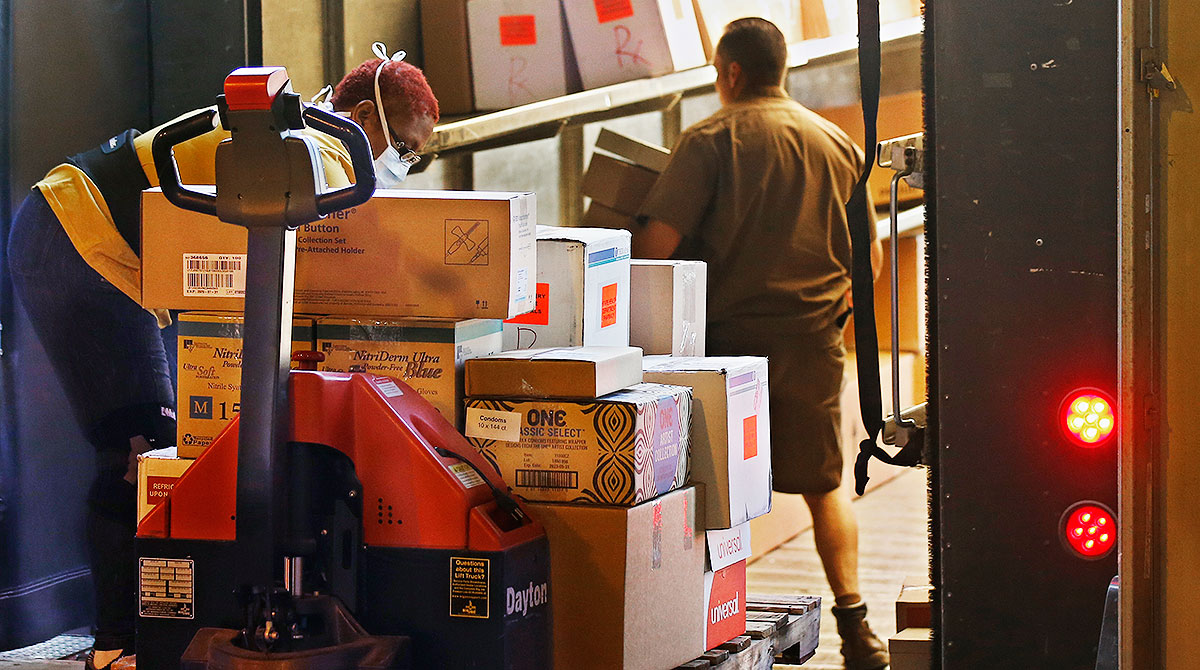 Supplies are loaded onto a delivery truck at Oklahoma's Strategic National Stockpile warehouse in Oklahoma City on April 7. (Sue Ogrocki/AP)

An extension into May of hours-of-service relief for motor carriers included an addition that covers transport of gases needed for refrigeration units, the acting head of the Federal Motor Carrier Safety Administration said.

“The expansion of commodities was pretty limited,” said James Mullen, acting FMCSA administrator, during an interview that aired April 10 on SiriusXM satellite radio. “We added liquefied gases, liquid CO2. These are liquid gases used in refrigeration and cooling processes.”

He noted the move is based on rising demand. “There’s been a shortage of those liquid gases and also a storage issue, also an increased necessity for refrigeration, so we expanded the declaration to include those items,” Mullen said.

ExtensionofEmergencyDeclara... by Transport Topics on Scribd

“Because emergency conditions have not abated, FMCSA is extending [the] emergency declaration and associated regulatory relief,” the agency said in its notice. “This extension of the emergency declaration addresses national emergency conditions that create a need for immediate transportation of essential supplies, equipment and persons, and provides necessary relief from the FMCSRs for motor carriers and drivers engaged in the transport of essential supplies, equipment and persons.”

The April 8 update adds the exception for liquefied gases. 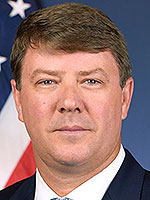 “If your DMV is closed you can’t administer the knowledge test to get your commercial learner’s permit, because every state does that through its state employees,” Mullen said. “The majority of states already permit third-party skills testers, so you can use that same group of testers and use them for the knowledge tests. Then, all the DMV has to do is open its back office to process the paperwork and issue the CDL credential.”

Mullen noted that 25,000 to 30,000 people nationwide obtain a CDL permit each month, numbers that are set to plummet because at least 22 states have closed their Department of Motor Vehicles amid the pandemic.

In fact, Mullen pointed to the DMV example as one that regulators and the industry can take as a lesson from the crisis. “Even things as simple as allowing third-party knowledge testing — things that, if there is ever another crisis, or even with technology just as it is today — these are the sort of things that should probably be permitted and more widely used,” Mullen said. “I think these are things we probably can learn from.”

“It’s my understanding — although I’m not leading the charge on this, DOT is in a support role — my understanding is [the Federal Emergency Management Agency] is working closely with the relevant stakeholders and that they are coming to a solution, hopefully, here in the near future.”

He noted that FEMA and the trucking industry are cooperating on issues such as finding locations that can handle high-volume testing.