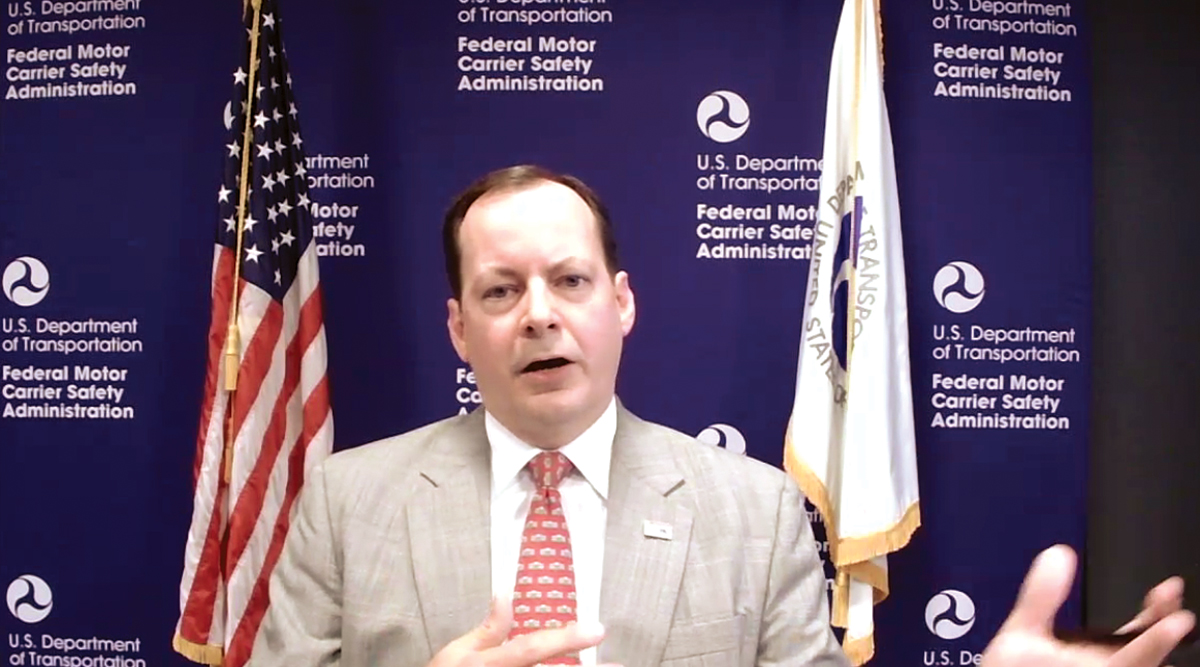 Despite the challenge of COVID-19 in 2020, FMCSA Deputy Administrator Wiley Deck said the agency has made progress moving along a number of significant programs and rulemakings. (Transport Topics)

This year, the agency has been forced to issue a variety of regulatory waivers, declarations and extensions to keep the trucking economy moving during the pandemic, but still has made progress moving along a number of significant programs and rulemakings, Deputy Administrator Wiley Deck said.

They range from the implementation last month of an hours-of-service rule adding flexibility for drivers to opening up the Drug and Alcohol Clearinghouse earlier this year that already has posted 42,000 drug test failures that Deck said has prevented driver hires or taken existing drivers using drugs off the highways. The Clearinghouse currently has registered 1.5 million users and has received more than 2 million queries, he said.

But there have been challenges, not the least of which has been finding 18- to 20-year-old military drivers for a pilot program that began last summer to mitigate the driver shortage.

“We are struggling in trying to get drivers,” Deck said. “We’ve engaged the National Guard, the Reserves, even gone out to speak to large classes of drivers being trained at various facilities around the country. But we just haven’t made any headway on it.”

Also last month, the agency proposed a split-duty period pilot program that would allow drivers to pause their 14-hour on-duty period to a single off-duty period of 30 minutes and up to three hours.

But Deck said the agency has been challenged to find ways to merge what elite transportation researchers have called a more precise, but complex, data-driven method — known as the Item Response Theory — intended to improve the evaluation of driver and motor carrier safety. FMCSA has been studying the IRT method for more than two years, but missed its deadline for a go or no-go decision last month. FMCSA has been working with a National Academy of Sciences standing committee and is finalizing a review of the models and developing options. Deck said an announcement will be made soon.

“But I can’t really explain it without the guys in the lab coats,” Deck joked.

Deck also updated progress on a number of other agency initiatives, including: