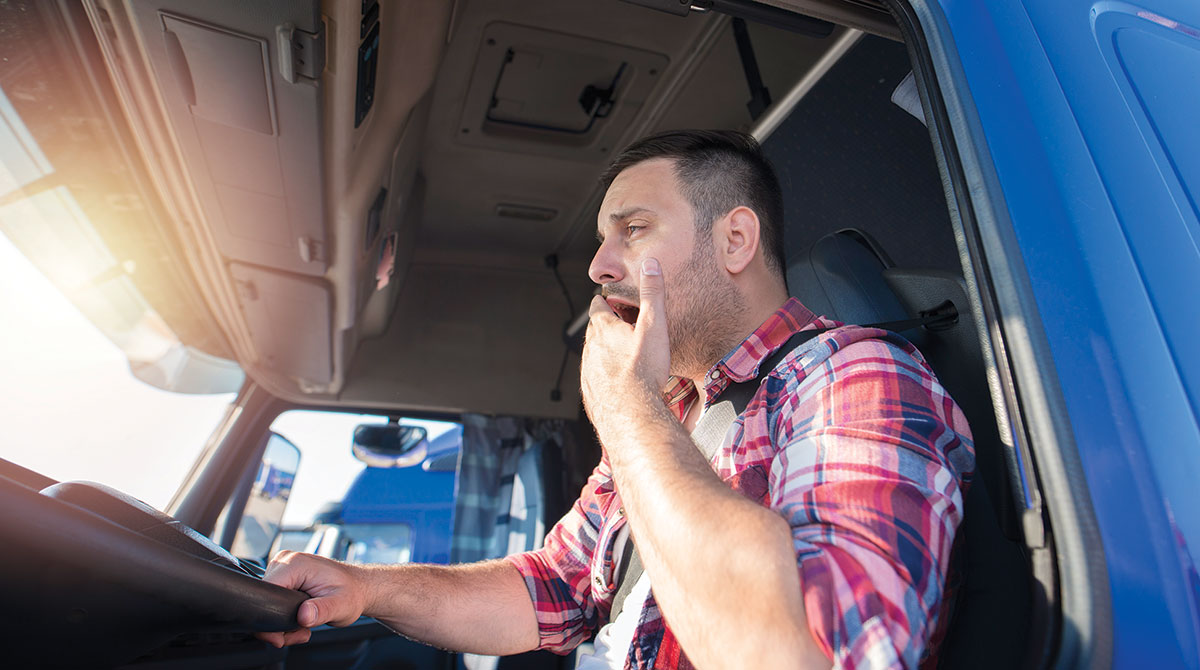 A medical advisory board to the Federal Motor Carrier Safety Administration has recommended that medical examiners be permitted to offer truck drivers alternative treatment options to sleep apnea machines that are subject to a massive recall.

The advisory board recommended that examiners be given up to 90 days to find options that can provide the same level of treatment as the Philips Respironics continuous positive airway pressure machines that are being pulled from the market.

“In response to the CPAP recall, appropriate oral appliance usage for recertification is accepted for drivers diagnosed with moderate sleep apnea impacted by the Philips Respironics recall,” said the recommendation by the five-member board. “This therapy will be accepted until CPAP machines become available again for treatment.”

The board, however, said the agency’s medical examiners should still consider any driver with untreated severe sleep apnea as immediately disqualified.

In a tedious four-hour virtual meeting on Sept. 29, the review board wrestled with a way to allow drivers with moderate obstructive sleep apnea to continue to be medically certified to drive on a temporary basis without losing their livelihood through no fault of their own. Continuous positive airway pressure, or CPAP, machines are the agency’s preferred treatment for obstructive sleep apnea, a condition in which a person repeatedly stops breathing during sleep.

A recent study estimated that almost 28% of commercial motor vehicle drivers have mild to severe sleep apnea. If untreated, the condition can cause drivers to become fatigued, putting them at higher risk for crashes. Board members were in a bind, concerned that allowing untreated drivers to remain on the road for 90 days could pose a public danger.

However, the board’s recommendations were intended to give the agency’s 50,000 certified medical examiners ways to respond to the recall.

“FMCSA has been receiving lots of calls from examiners and drivers requesting guidance on how to move forward with drivers who have stopped using their appliance, or would like to stop using their appliance because of the recall,” said board chair Gina Pervall, an M.D. who works at the Maryland Motor Vehicle Administration. “Our goal today is to come together as a group and to develop some recommendations that we can give to the agency that will hopefully be passed along to our medical examiner community and drivers in managing this issue.”

The CPAP recall was announced by the U.S. Food and Drug Administration in late June after it determined the machines pose a threat to users due to risk of exposure to debris and harmful chemicals.

Public testimony at the board meeting indicated that the recall has left a market shortage of CPAP machines, but it remains unclear how many drivers have been affected by the recall.

In a release, Pennsylvania-based Philips said it has produced millions of various Bi-Level PAP, CPAP and mechanical ventilator devices using a sound abatement foam that it has deemed potentially toxic. Company officials have said they are replacing the devices as fast as they can.

“With millions of devices recalled, and many of them used by commercial motor vehicle drivers, Philips’ recall has widespread implications for commercial driver health, highway safety and interstate commerce,” Laura Spector, a safety policy specialist for American Trucking Associations, wrote in a Sept. 20 letter to FMCSA. “As the medical review board is aware, without appropriate treatment options, many drivers with obstructive sleep apnea will be out of compliance with FMCSA’s physical qualifications for driver regulations.”

Spector added, “Notably, there is no clear timeline indicating when individuals might expect their device to be repaired or replaced, with some sources estimating it could take up to one year for devices to be fully operational.”

Alan Lankford, chief science officer for SleepSafe Drivers, said his group has been contacted by “a couple of hundred” drivers who have been on CPAP devices, but have stopped wearing them..

“There is a supply chain issue and it’s very difficult to get replacement devices,” Lankford told the board. “The drivers have been placed on leave of absence. We’ve also heard from some of the medical examiners who tell us frankly that even though they understand the situation and that it’s unfortunate, they are bound to go by the regulations and can’t look the other way.”

Annelise Thornton, a sleep medicine patient, health educator and advocate, told the review board that the use of an oral appliance fitted by a dentist can be used by many drivers as a “bridge solution” to the recall of the CPAP devices.

“There are companies that have this technology available immediately to address the gap in care so that truckers do not have to decide between using a defective device, losing their job or go off of treatment,” Thornton told the board. “This therapy can and does achieve great outcomes —– even for people diagnosed with severe apnea.”

FMCSA Responds to Medical Board on Sleep Apnea Guidance

Nearly 49% of CMV Drivers Could Be at Risk for Sleep Apnea, Study Says