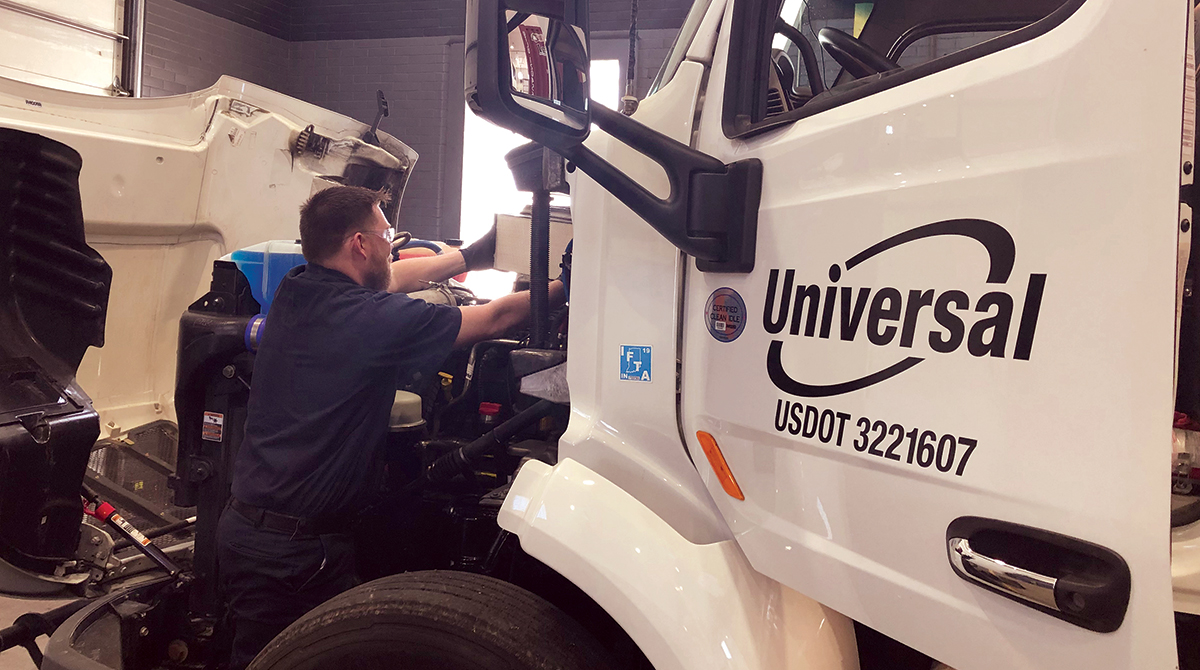 Effective filtration systems always have played an integral role in the daily life of a truck’s lubrication, air intake and fueling processes. They contribute to increased operating uptime, reduced emissions, better fuel economy, reduced wear and tear on the engine and even the quality of air delivered into the driver’s cab. As technology continues to exert a larger influence on the operation and maintenance of diesel trucks, the demand on suppliers of filtration systems to up their game and keep pace has never been more important, industry experts said.

That’s increasingly essential in an era when trucks can cost upward of $150,000, and repairing or replacing a fuel injector in a high-pressure common rail system due to filter failure can run into thousands of dollars. This does not include the cost of downtime and the lost revenue from that truck being out of service.

READ MORE: Telematics has a key role in trucking filtration

While there are many factors that contribute to higher maintenance costs, one of the best ways to rein in those costs is effective management and maintenance of filtering systems. It’s a combination of following manufacturer specifications for service intervals, plus good, old-fashioned common sense, knowing the right visual cues to look for and making the most of today’s advanced telematics, said Jeff Harris, vice president of maintenance at USA Truck Inc.

Harris believes that filter technologies have significantly improved as manufacturers have researched and imple­mented advanced “nanotech” materials, moving from conventional to synthetic and micro­glass materials for the filtering “­media” element itself.

The nanotech-based filters are effective and increase what the filter will grab, he said.

“It’s much more of a micro-filter that will capture smaller particles, increasing the efficiency of the filter and keeping the engine oil much cleaner,” said Harris, who also is immediate past chairman of the Technology & Maintenance Council of American Trucking Associations.

USA Truck, based in Van Buren, Ark., ranks No. 69 on the Transport Topics Top 100 list of the largest for-hire carriers in North America.

“Most of the filter companies are putting out a pretty good quality product,” he said, adding that some original equipment manufacturers are starting to move away from the “old cliché can-style filters.” Instead, they are going with a reusable canister, and replacing just the filter element itself, constructed with different types of high-tech media to capture the smallest contaminants, Mason said. 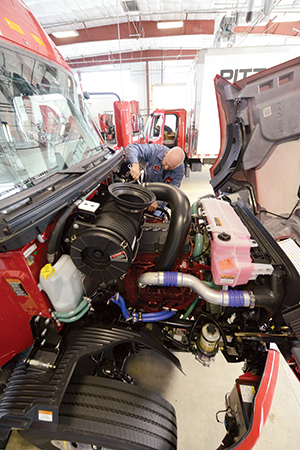 Ultimately, “ensuring you have a strong preventive maintenance program is No. 1,” Mason said. He also cited sampling programs, in which used fluids are tested, as an effective practice. Most manufacturers offer some level of lab testing on oil and coolant fluids, Mason said. “That’s cheap insurance,” and can sometimes provide an advance signal of potential problems.

“The duty cycle that a fleet operates in dictates everything in terms of filter ­changes,” Darakos said. “If one is operating in a dusty, dirty environment, or [doing] a lot of urban driving with many stops and starts, that’s going to put more pressure on the equipment.”

He noted that today’s new engines run hotter than those of the past, and that has challenged manufacturers to come up with new oils and filtration systems designed specifically for these applications.

“It puts even more pressure than before on filters to do their job properly,” he said.

Clean fuel and finer filtration are “critical in minimizing down time and reducing expensive engine repairs,” he said. “Organic material such as bacterial growth can wreak havoc on injectors.”

Advancements in technology and materials have increased the efficiency and capacity of oil filters, said Layne Gobrogge, director of heavy-duty marketing at Luber-finer, a filter manufacturer. As change intervals have been extended, the design and performance of modern filters have had to improve in response. Elements such as extra-­strength spiral cores that resist high-pressure surges and durable vibration-­resistance gaskets “all contribute to a filter’s ability to deliver maximum engine protection.”

Modern filters can remove particulates and contaminants such as dirt and dust particles that can be as small as five microns — about the size of a red blood cell.

The emergence of nanotech also has reshaped the design and manufacture of air filters, but unlike fuel and oil filters, air filters become more efficient over time. They are designed to form a “dust cake” to remove finer and finer particles, making them increasingly effective “right up until they reach a ­level of restriction high enough to necessitate a change,” said Ken Hanover, director of North American aftermarket sales for Cummins Filtration Inc.

A best practice: Don’t clean and reuse air filters. It’s well known that some technicians will remove air filters and either clean them with an air hose “or even beat them on the side of their truck tires,” to knock out dirt and dust, he said. This should be avoided as it can damage the filter and ruin its ability to keep contaminants from passing into the engine, where any dust or debris ingested during the combustion process can rapidly increase wear and tear on engine cylinders and diminish engine performance. 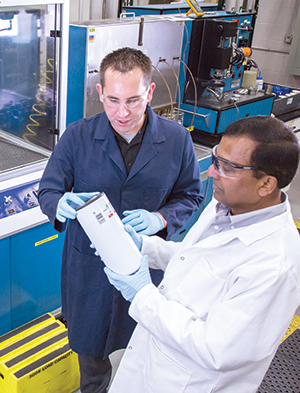 In addition, once removed, the air filter’s seal typically is compromised, so attempting to place it back in the air intake housing isn’t advised because the filter won’t seal properly, letting damaging contaminants into the engine.

USA Truck’s Harris also noted that a compromised air filter can turn into serious maintenance and repair issues if not addressed promptly.

“Once that air filter gets clogged, the engine runs lean. That makes it run hotter and increases the exhaust temperature,” he said. Overheated exhaust temperature can burn out the catalyst in the selective catalytic reduction system. When that happens, the truck must go out of service to replace the SCR catalyst — at a cost of anywhere from $5,000 to $15,000 depending on the truck model.

Harris employs a “restriction gauge” that tests the air filter’s flow-through capacity over time. If the air filter fails, contaminants will get into the engine and cause piston rings and other components to wear out prematurely, he said. Restriction gauges are mounted in the cab where the driver can check it, or under the hood attached to the air intake housing where it’s visible to a technician.

Harris has added to his tractors a secondary inline Davco fuel filter into the fuel delivery sequence. This provides additional cleaning up front and adds a visual cue for technicians to see if it’s getting clogged, he said.

These high-pressure common rail systems put a premium on extremely clean fuel. Even minuscule contaminants can diminish the flow of fuel.

“It doesn’t take much to damage the fuel injectors,” Harris said. “If you damage an injector or it gets clogged, once the contaminants have gotten into it, the injector has to be replaced.” That means the truck is out of service, driver hours of service are impacted, and the customer isn’t getting their freight when expected. “Fuel has to be so much cleaner than years ago,” he said.