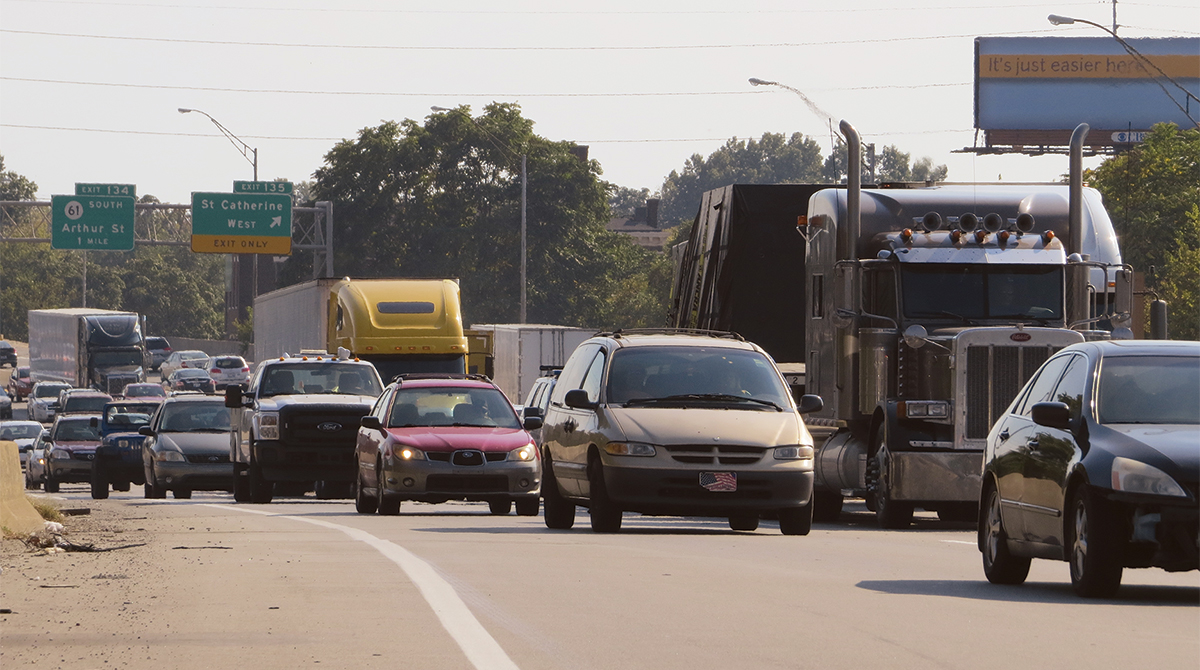 Traffic on I-65 in Louisville, Ky. (Kentucky Department of Transportation)

The Federal Highway Administration has withdrawn its rule that would have required state departments of transportation and metropolitan planning organizations to report year-over-year changes in carbon dioxide emissions on U.S. interstates and major highways.

The agency said the requirement originally was part of a broader effort to track the performance of the national highway system according to criteria such as safety, congestion and infrastructure condition.

The proposal was part of larger performance measures required under the 2012 MAP-21 surface transportation reauthorization law.

FHWA said withdrawing the rule will remove a regulatory burden for state transportation officials and result in cost savings of $10.9 million.

The repeal of the greenhouse gas measure does not affect implementation of the other national performance management measures, for which state DOTs and MPOs are responsible, FHWA said in a statement.

The agency said its decision was based on three primary factors:

• Reconsideration of the legal authority under which the greenhouse gas measure was promulgated;

• The cost of the greenhouse gas measure when considered in relation to the lack of demonstrated benefits;

The GHG performance measure was one of three measures created by FHWA to assess the performance of the national highway system by the percentage change in tailpipe CO2 emissions from the calendar year 2017. It was created to advance a policy preference of the prior administration. It would be calculated using data on fuel use and vehicle miles traveled.

Although the mandate has been rescinded, states and MPOs are free to adopt their own GHG measure voluntarily, FHWA said.

In a statement, the American Road & Transportation Builders Association commended FHWA for abandoning the proposed rule.

“It is unfair to ask the regulated community to provide specific comments on such an abstract proposal,” ARTBA said.

ARTBA also warned that the proposal could lead to a cumbersome regulatory process that undercuts progress from MAP-21 and the 2015 FAST Act on expediting transportation project delivery and delaying transportation improvements.

The decision to withdraw the rule was part of a regulatory review process required by a pair of presidential executive orders, FHWA said.

The Department of Transportation identified the GHG measure as duplicative of existing efforts in some states and pointed to concerns raised in public comments questioning the agency’s authority to adopt the measure.