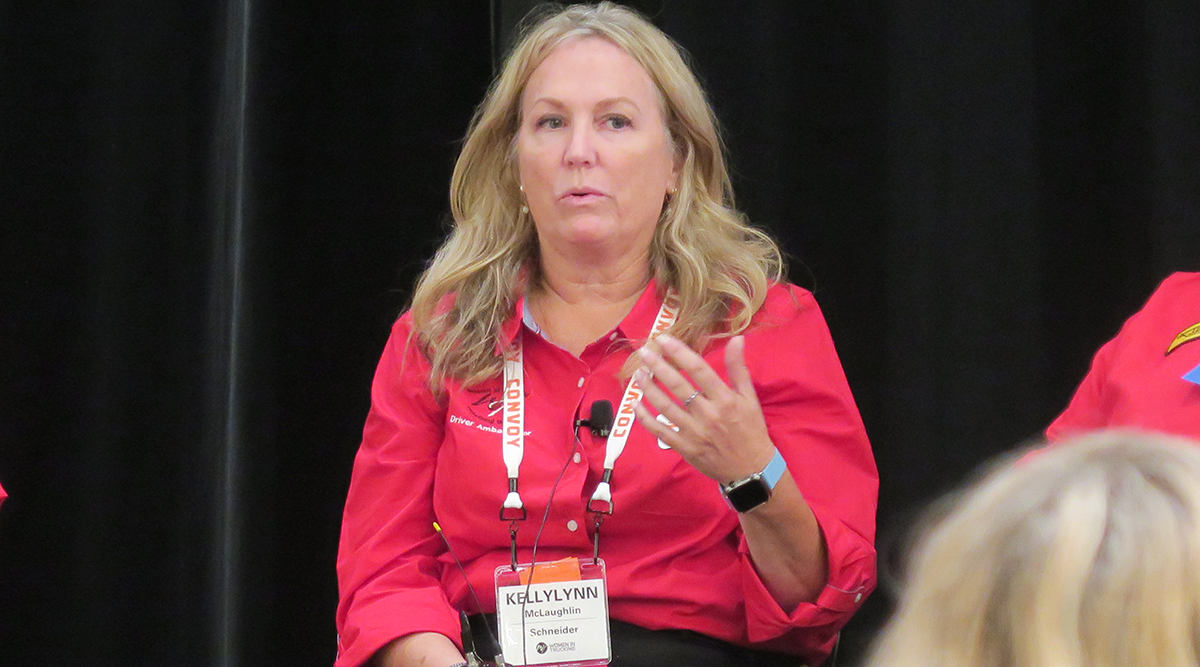 DALLAS — From well-kept facilities to properly tailored outfits, there are several ways for trucking and logistics groups to make the industry a safer and more welcoming place for female drivers, according to a panel of professional drivers.

Kellylynn McLaughlin, an over-the-road trainer and driver for Schneider, said not all shippers provide access to appropriate facilities and rest areas. McLaughlin spoke on the panel at the Women In Trucking Association’s annual conference Sept. 30.

For example, McLaughlin said she was held for 14 hours at a facility the night of Sept. 28 with no access to a bathroom. McLaughlin said the ideal shipper will offer a staging area, a toilet for women, hot food, Wi-Fi and air conditioning and heating in the containment area.

“My shipper of choice would treat me with respect,” McLaughlin said. 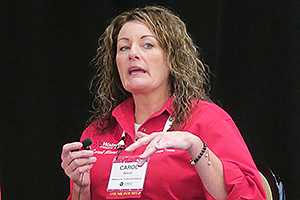 Carol Nixon, a driver for Walmart Transportation, said companies should make uniform options that are suited for a woman’s body so that a female driver can appear presentable and respectable. She pointed out that many uniform shirts are much too large for most women.

Nixon’s first job was on a crab boat in Alaska. She acknowledged that part of what attracted her to trucking was that her dad didn’t want her to pursue it. Now, reflecting on 29 years of experience, Nixon said that truck driving is all about safety. 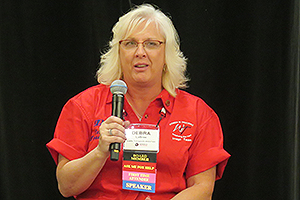 Deb LaBree, a driver for Castle Transport, said education — for young people and adults — is key to safe roadways. She urged parents to teach their teenagers about how to safely navigate around a truck, which requires more stopping time and space than a passenger car. LaBree, who drives team with her husband, pointed out that she wants to protect her family just like any parent wants to protect their child on the road.

“Start being aware of us. We’re large,” LaBree said. “Teach your families as they’re getting their driver’s licenses. Our roads are very crowded, and we need everyone working together.”

The panelists supported mentorship, especially toward those who are newer to the industry. Jodi Edwards, a driver for J.B. Hunt, said she enjoys when her 30-year-old boss asks for her input. LaBree encouraged drivers to help others they find on the road with tasks such as changing lightbulbs or pumping fuel.

“It’s a tough job,” she said. “Mentoring one another I think is vital in the industry. Mentors can really make or break a new driver.”

Even though they are on the road for days or weeks at a time, the speakers maintain strategies to stay active and healthy. Many of them meal-prep, storing food in fridges or coolers. McLaughlin does pilates and yoga in her truck.

Nixon said that 33 trips around a truck and trailer equals a mile, meaning that a driver doesn’t need to have access to a treadmill to get her steps in. If she doesn’t want to be outside in a certain area, Nixon will stop at a Walmart store and walk around inside the store. LaBree walks around in customer yards.